CentOS Community Update -- All About SIGs 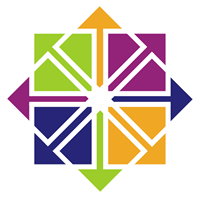 One of the most exciting aspects of the expanding CentOS Project is the work being done by Special Interest Groups, or SIGs, to bring emerging technologies to the CentOS community. The work of these SIGs happens on top of the CentOS Linux core release, providing new software alongside the core in the form of repositories or images. In some cases SIGs may replace core packages as part of making a variant targeted at a specific audience. SIGs can do this because members must come from the involved upstream project, and thus are authoritative about what that software and its community needs

There has been significant interest all year long to get new SIGs up and running, which has taken its fair share of time in each case. This is mainly because we are building the scaffolding in real time for an open and participatory community that can help set the direction of the CentOS Project.

Because the entirety of the CentOS developers are now contributing more broadly across the Project, we're all adjusting to the way some things are moving faster and others more slowly. In order to maintain velocity, in some cases we're creating policy and process in real time, and still learning how best to share all that.

Here is a quick overview of the various SIGs that are active or becoming active soon. In future columns, we’ll go more in to one or two SIGs at a time to show what is happening in detail.

Fresh and Getting Started:

This is the stage in which a SIG has full-authority, powers, and tooling within its purview to get its work done.

For more information about CentOS SIGs, visit the Special Interest Groups page in the wiki.