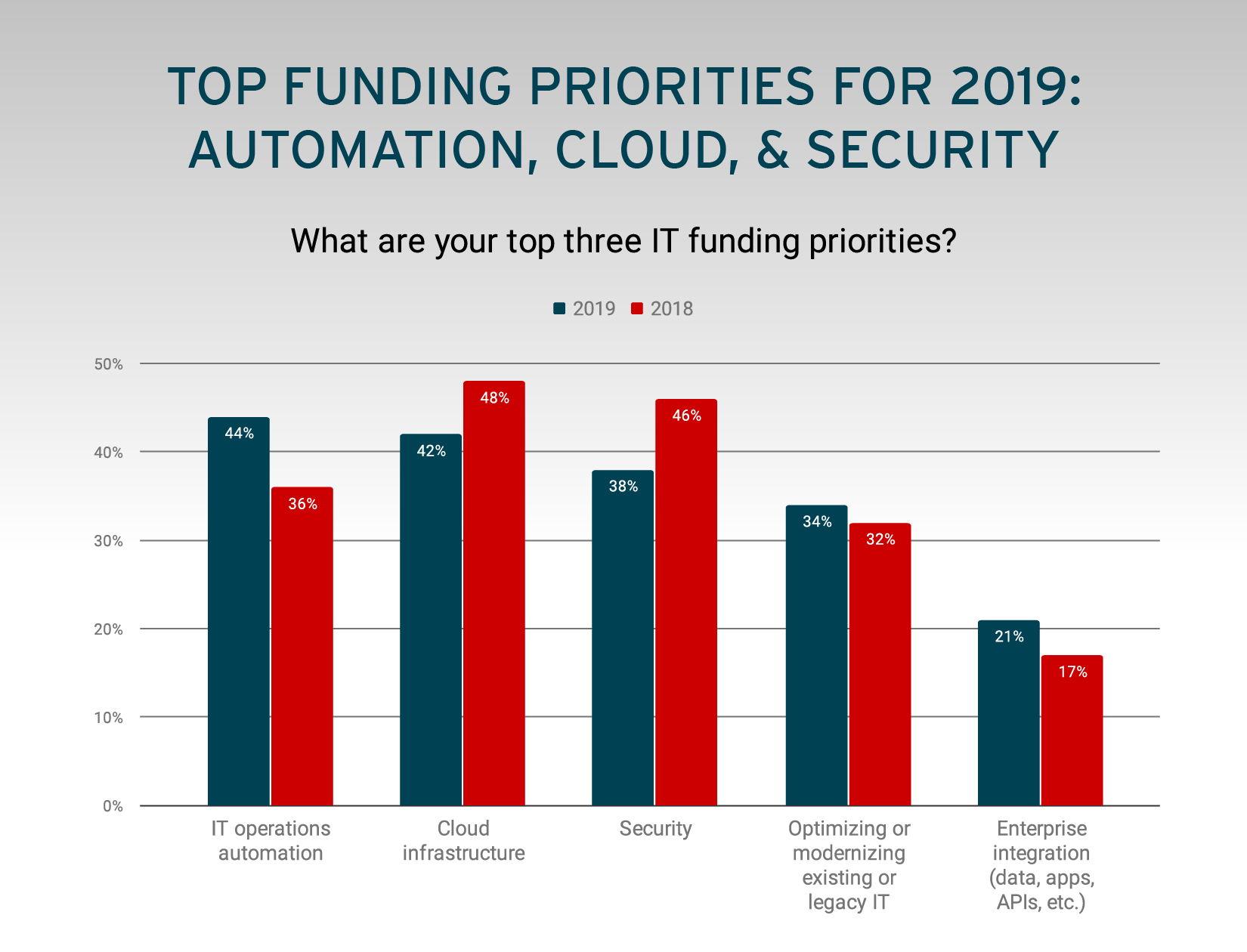 For IT optimization, organizations continue to shift investment from legacy to innovation, but for most enterprises, 50 to 60% of IT funding will still go to existing technologies. Numbers this year around investment in legacy versus new seemed aggressive, which I take as either overly optimistic or we are finally moving the needle in what we used to call the “bimodal challenge.” 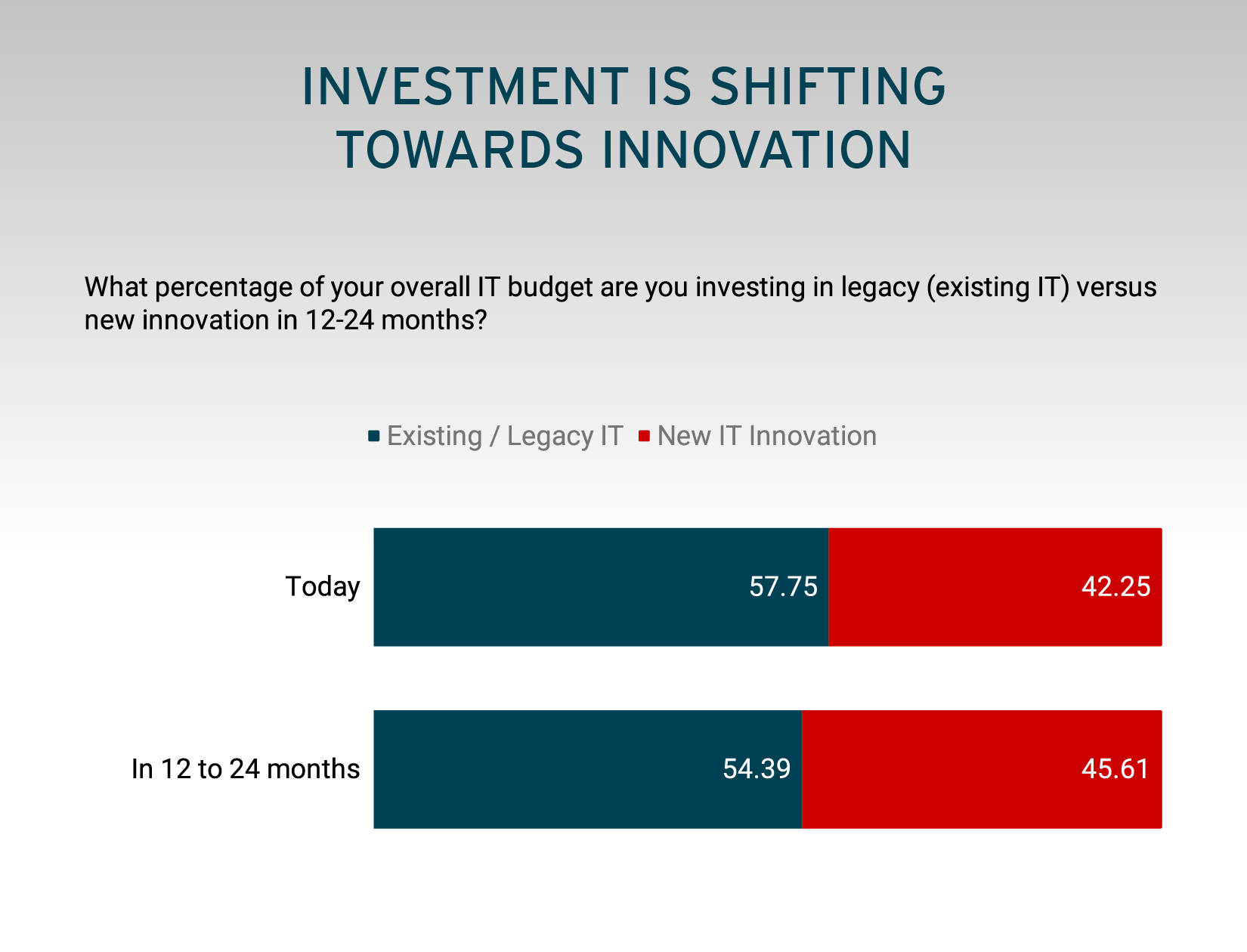 This definitely aligns with what I’m hearing and seeing from customers worldwide. There is no longer a question around whether digital disruption will happen, but more a matter of when and how much. Organizations realize they have to shift the equation to have technology—specifically applications and digital user experiences—that can drive their competitive differentiation. Therefore, it’s no surprise that the percentage of companies not planning any transformation initiatives dropped by half, from 32% to 14%. The “put your head in the sand” strategy just wasn’t working. 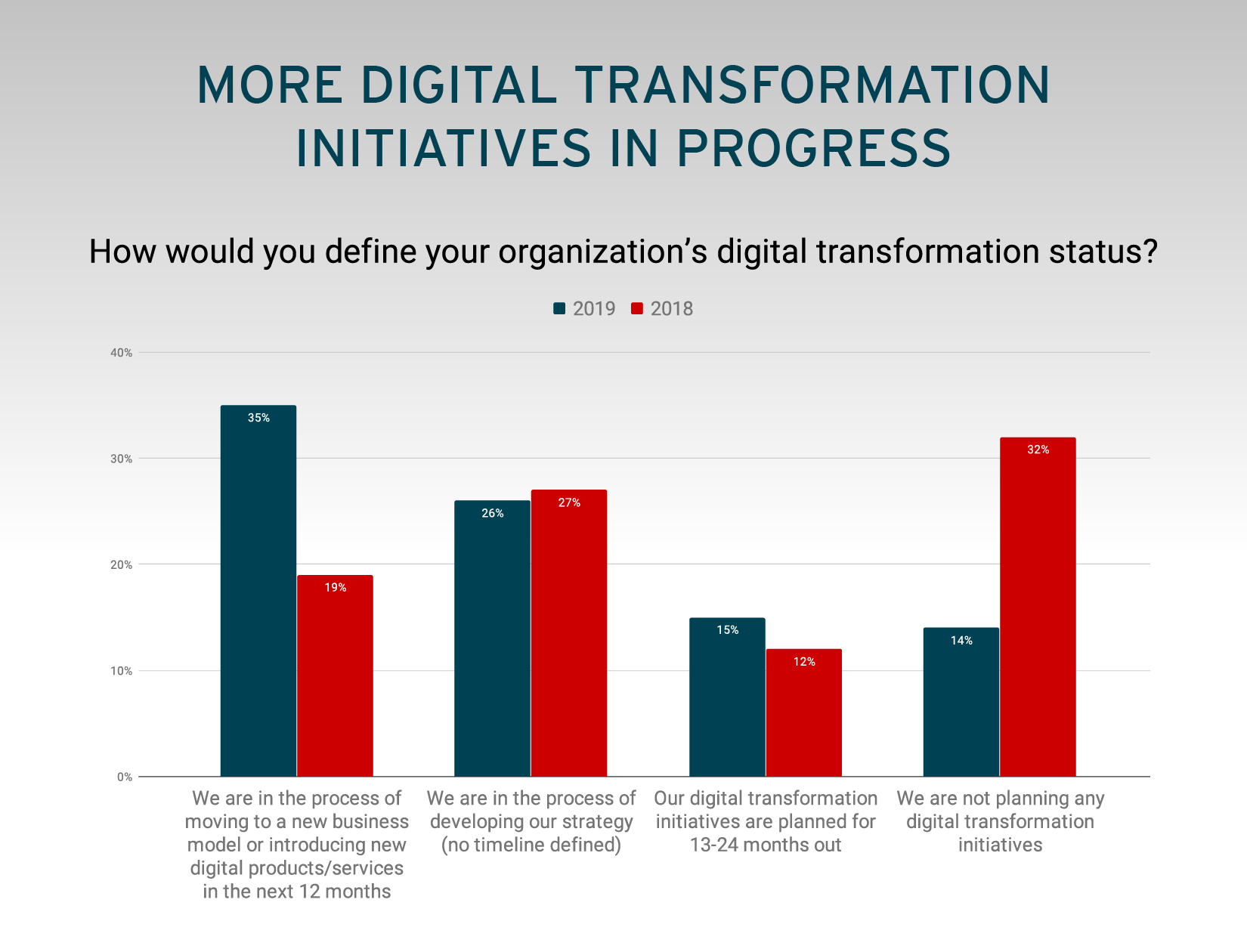 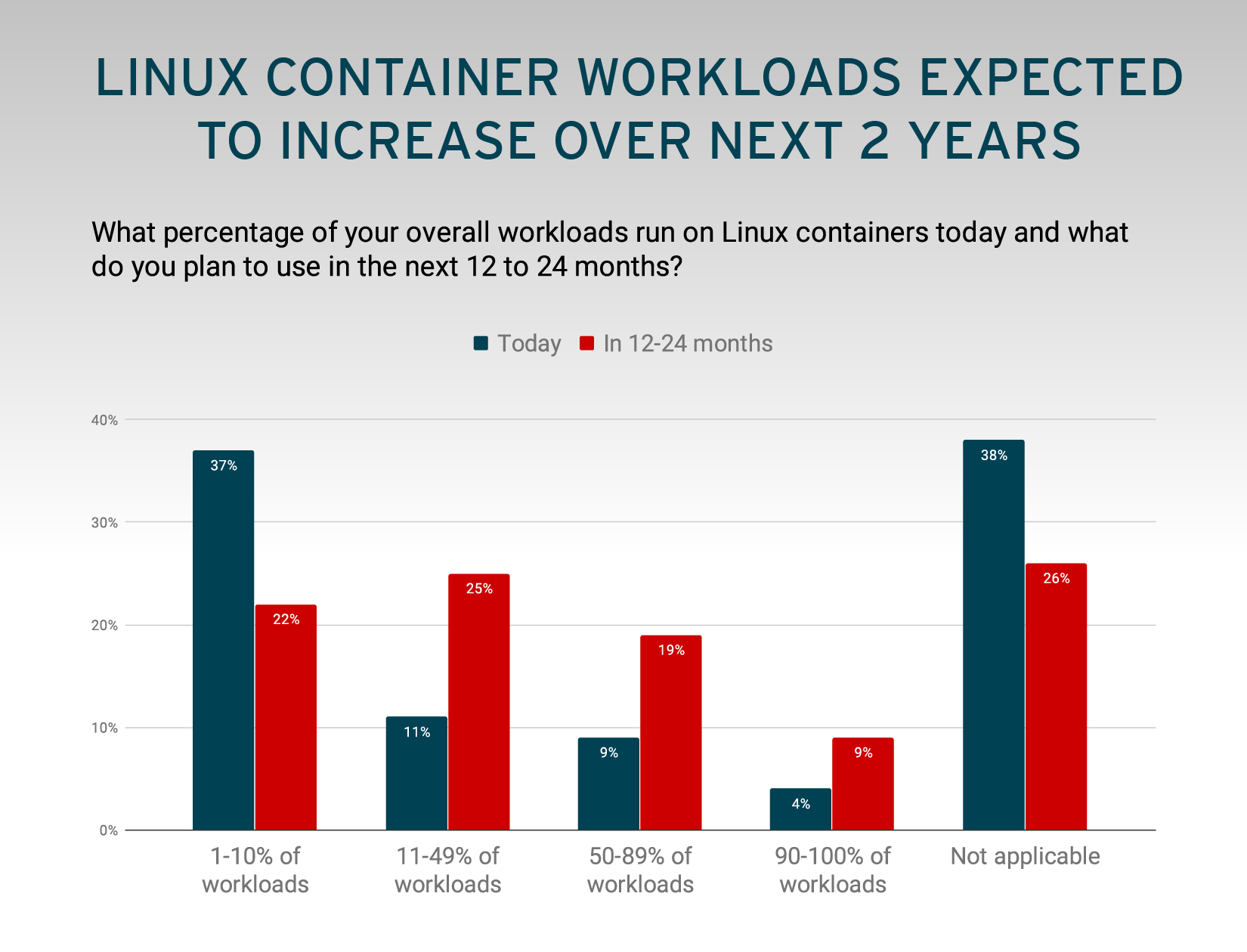 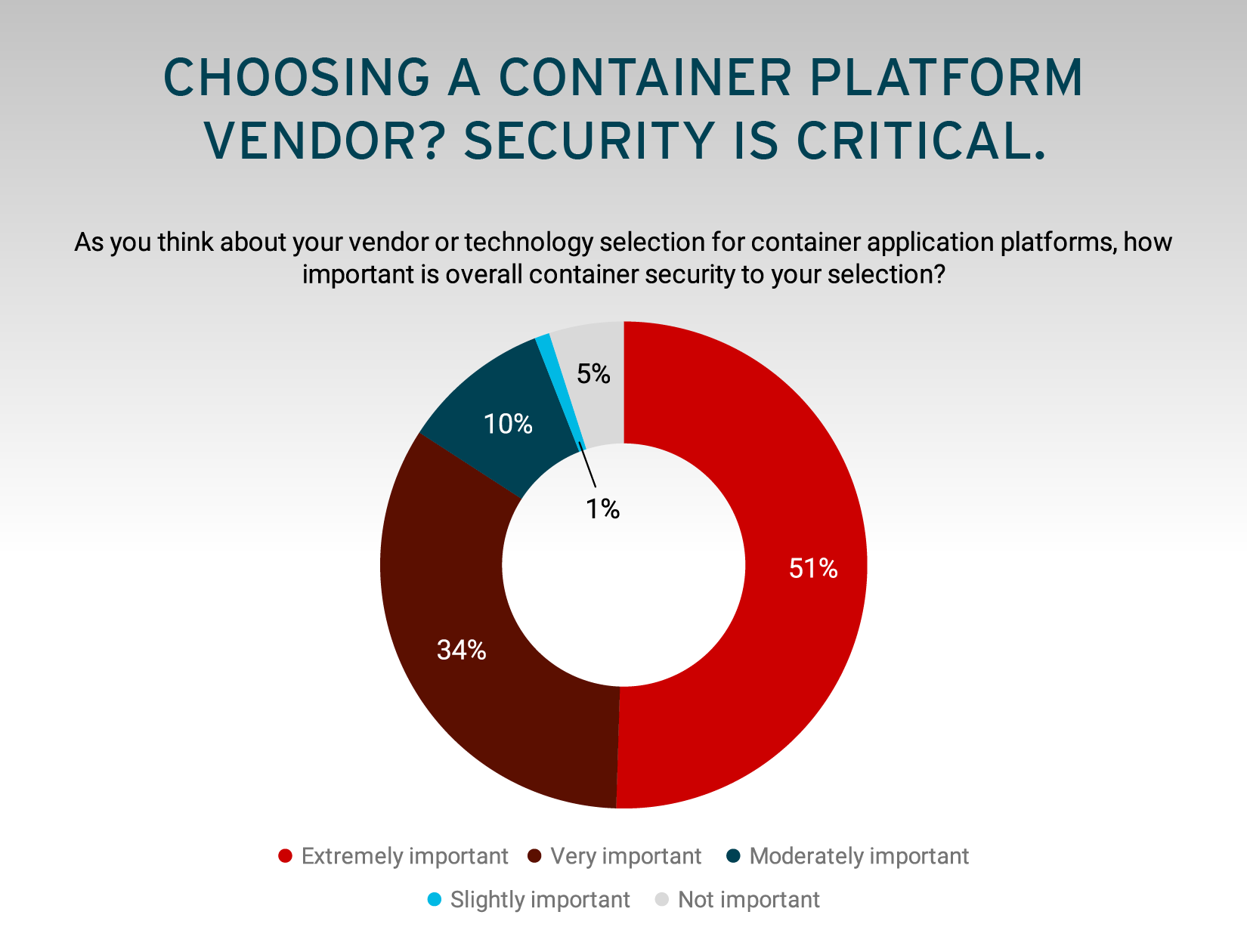 A 21-year tech industry veteran, Margaret is the vice president of Diversity & Inclusion and chief of staff to the Office of the CEO at Red Hat , the world’s leading open-source software company. She is a frequent author and speaker on digital disruption, emerging technologies, open source, and women leadership. A proven entrepreneur and intrapreneur, Margaret has led successful initiatives and teams at several start-ups and Fortune 500 companies, including Amazon, Microsoft and HP. Prior to Red Hat, she was vice president of Product Marketing and cloud evangelist for HPE Helion, the cloud computing division of Hewlett-Packard Enterprise. Margaret was named business role model of the year at the inaugural Women in IT Awards USA.