We don’t need to ask if enterprises are using open source. They are, and we know because we’re helping many of them with their open source journeys. But how do they think about open source, why do they choose it, and what do they intend to do next? Well, those are questions we wanted to pose to IT leaders—so we did. Today we’re excited to share our findings in a first-ever report conducted by Illuminas and sponsored by Red Hat, “The State of Enterprise Open Source.” 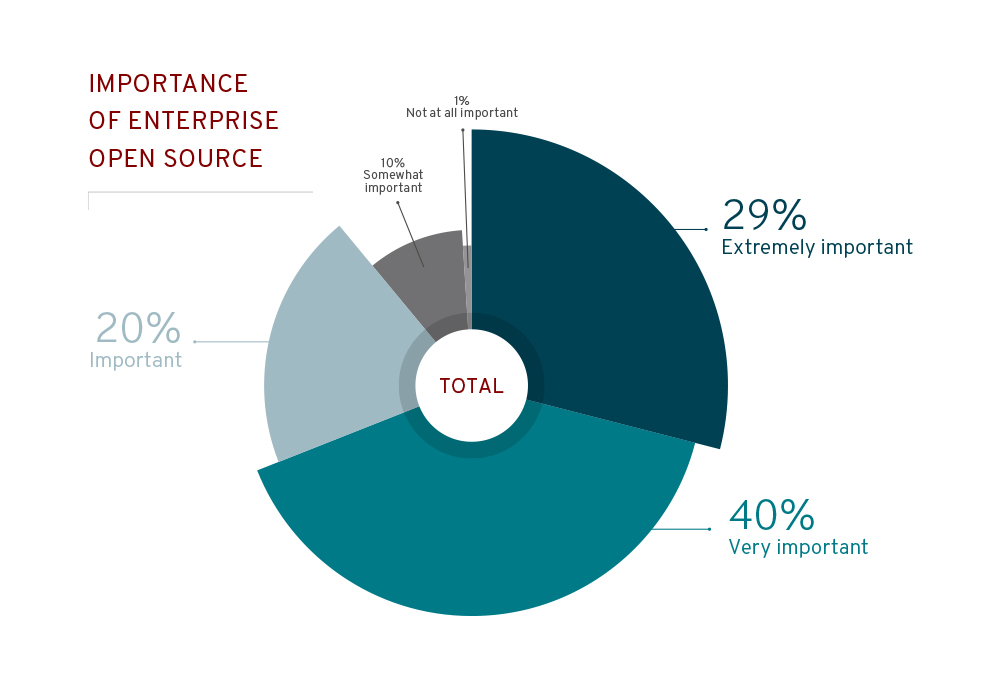 Lumping all this under the “IT infrastructure modernization” moniker, we found that 53 percent of our respondents are using enterprise open source for this purpose. It’s a bit lower in the UK and a bit higher in Latin America but it’s a fairly consistent pattern worldwide. 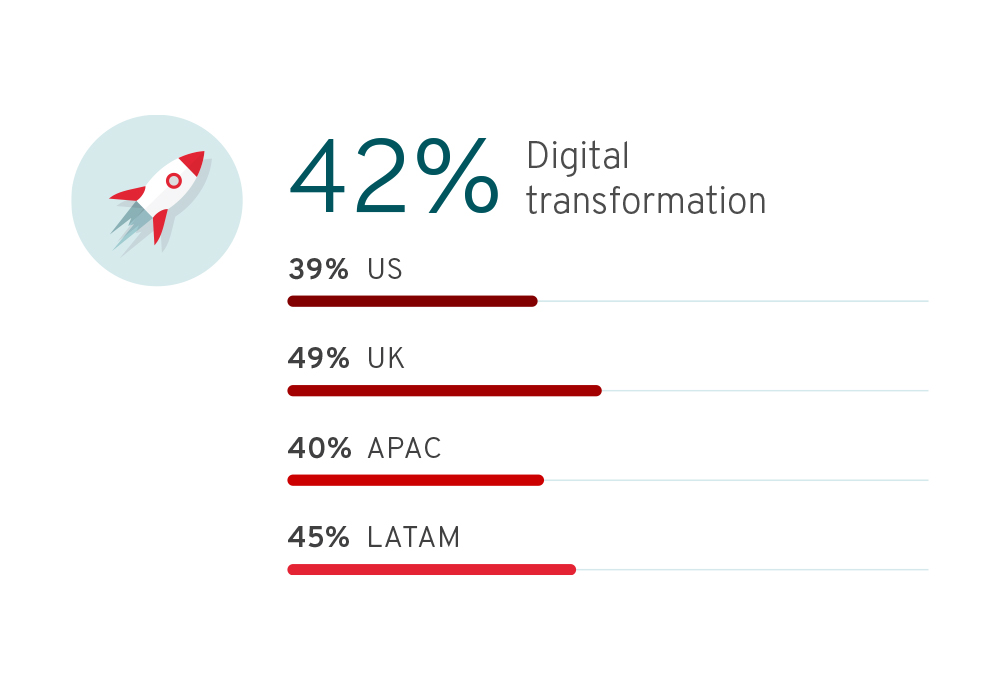 There’s a lot more detail in the survey and we encourage you to read the full document, “The State of Enterprise Open Source: A Red Hat Report.” At a high level though we think that the report encapsulates a sort of coming of age for software generally and enterprise open source software in particular. It’s a story that’s been playing out in early adopters and innovative companies for a decade or two. But here in 2019, we believe it’s clear that organizations are buying into software as a change agent rather than just a cost center and into enterprise open source as a central element of the software universe rather than something a bit scary lurking at the periphery.