Microservices architectures: Who owns the data?

Microservices architectures speed up innovation in government. Instead of spending months or years building monolithic applications, developers quickly build a suite of small services, each running as an independent process in its own logical machine or Linux® container. As government needs change, developers replace, upgrade, scale, and deploy individual microservices—in far less time than they would need to change the entire application.

But who owns the data in a microservices architecture—the database team or the application team? The answer determines how much agility you will gain from microservices.

The Red Hat® solution meets both teams’ goals. With Red Hat Data Virtualization, the database team creates reusable virtual databases for each application team. Application teams more quickly introduce new features because they can freely edit the schemas in the virtual database and include them in the continuous integration/continuous delivery (CI/CD) pipeline. Database teams retain complete control over physical datastores. With Red Hat Data Grid, resilience improves because microservices can continue writing and reading to in-memory data grids even if the central datastore goes down.

Government developer teams want control over their application’s data schema and role-based access control (RBAC). But replicating data into dozens or hundreds of databases—one for each application—is not practical. Problems include security risks, high management overhead, and loss of data integrity. Replication erodes the single source of truth.

Government IT teams can safely give data ownership to application teams by using Red Hat Middleware to create virtual databases and data grids. Table 1 summarizes how this architecture compares to existing government architectures.

Virtual databases neatly solve the data ownership problem by giving application owners ownership of their data views and access control. But there is one problem: If the underlying database goes down, so do all of the virtual databases. 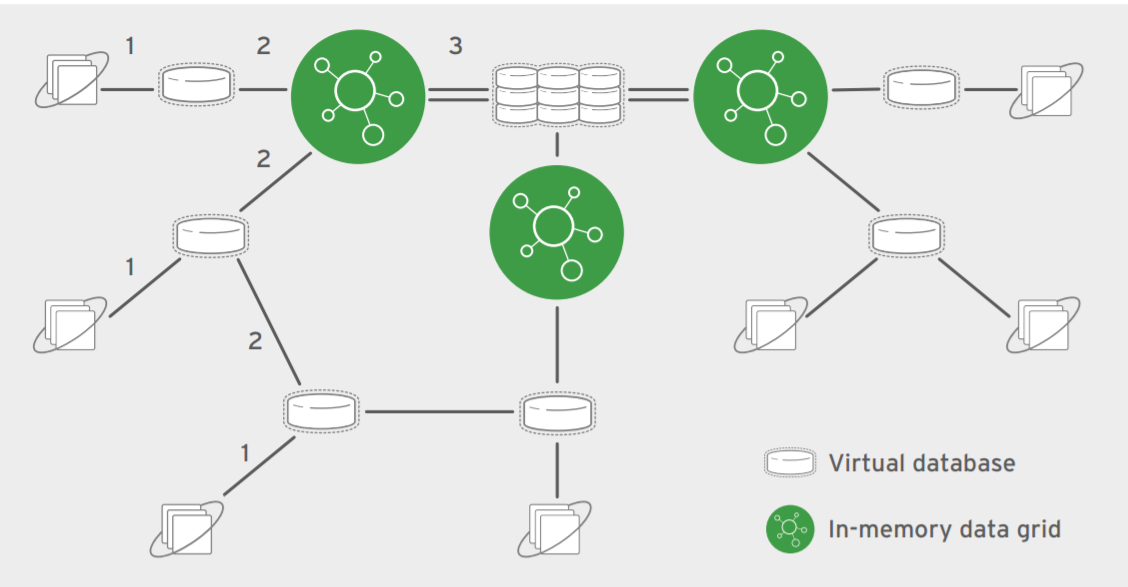 The traditional concern about in-memory activities is resiliency. What happens if a data grid instance goes down? Red Hat Middleware overcomes this objection by treating the physical datastore as the archive. It is the equivalent of tape in legacy architectures. A data grid node that fails is automatically restored from the central datastore. There is no data loss, no loss of service, and no need to reload or resync the data. 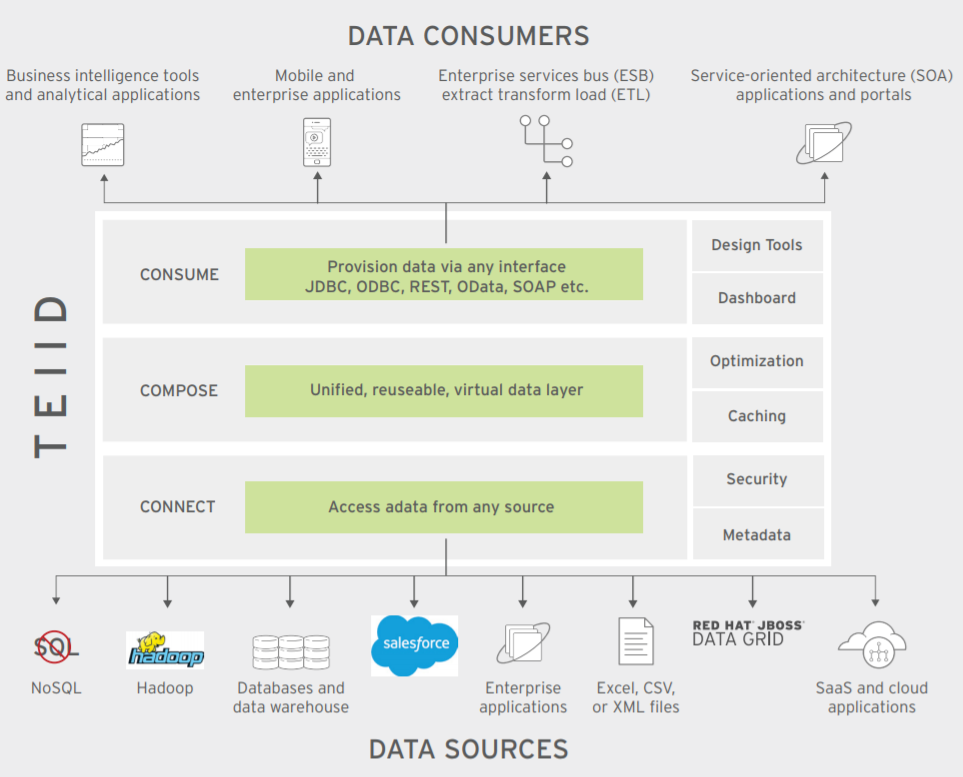 The agility you gain from microservices architectures depends in large part on who owns the data. Many more entities access the datastore, so expecting the database team to quickly fulfill requests for schema changes is unrealistic.

Red Hat JBoss Middleware relieves the database team by creating a virtual data layer owned by application teams. Developers can create the ideal data view for their microservices and include the view in the CI/CD pipeline. Freed from making schema changes, database teams reclaim time to focus on security, performance, and data integrity.

There is more than one way to manage data in a microservices architecture. The Red Hat approach offers important advantages: