“While open source
software is a reasonable
option in terms of cost
and innovation, there is
value in the fact that Red
Hat Ansible Automation
Platform is the de facto
standard Ansible product,
backed by Red Hat’s
enterprise support.” 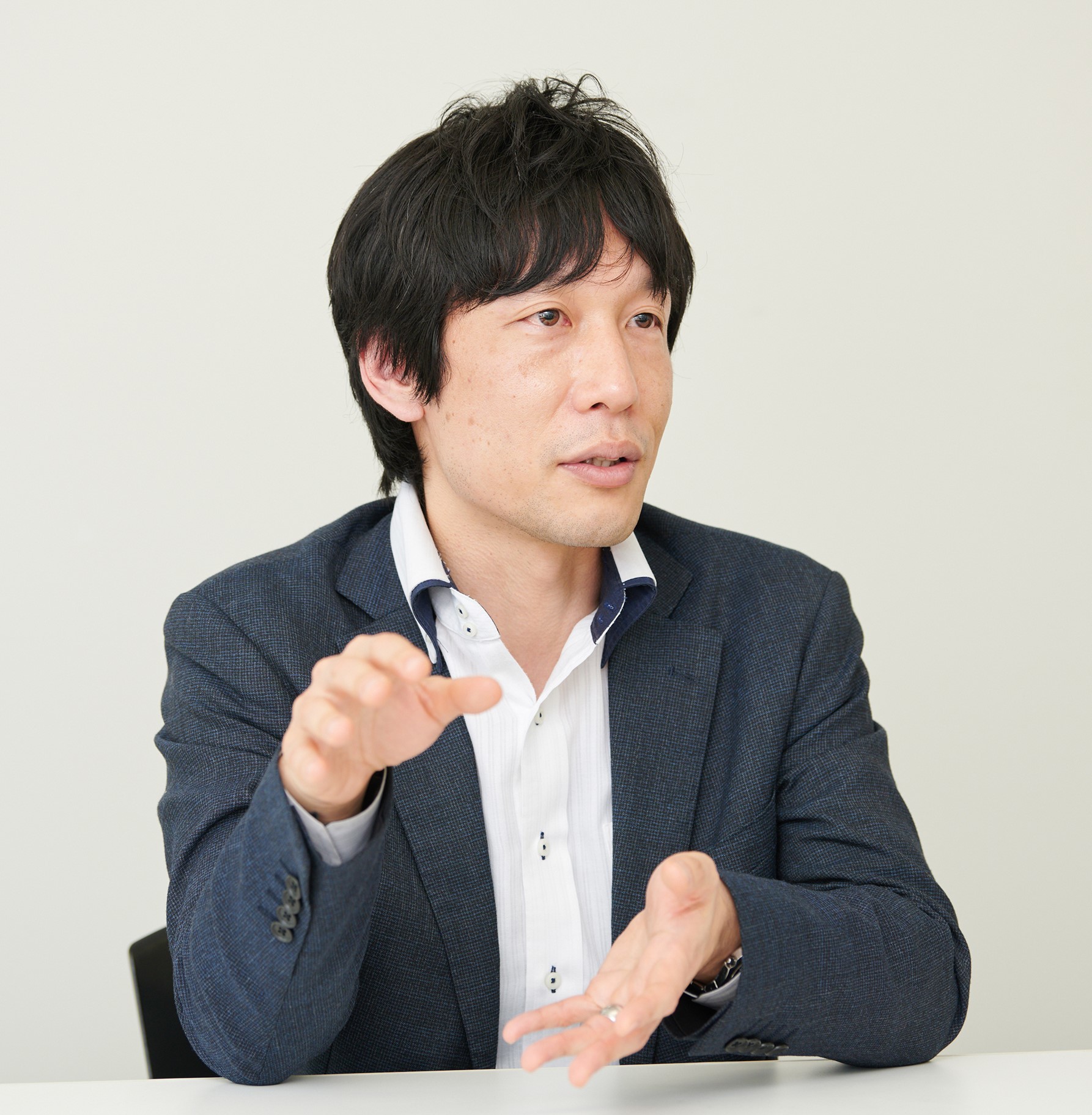 “To meet the high service
level requirements of our
banking systems, stability
and responsive specialist
support are essential.
Red Hat’s technical
expertise contributed
greatly to the success of
this automation project.” 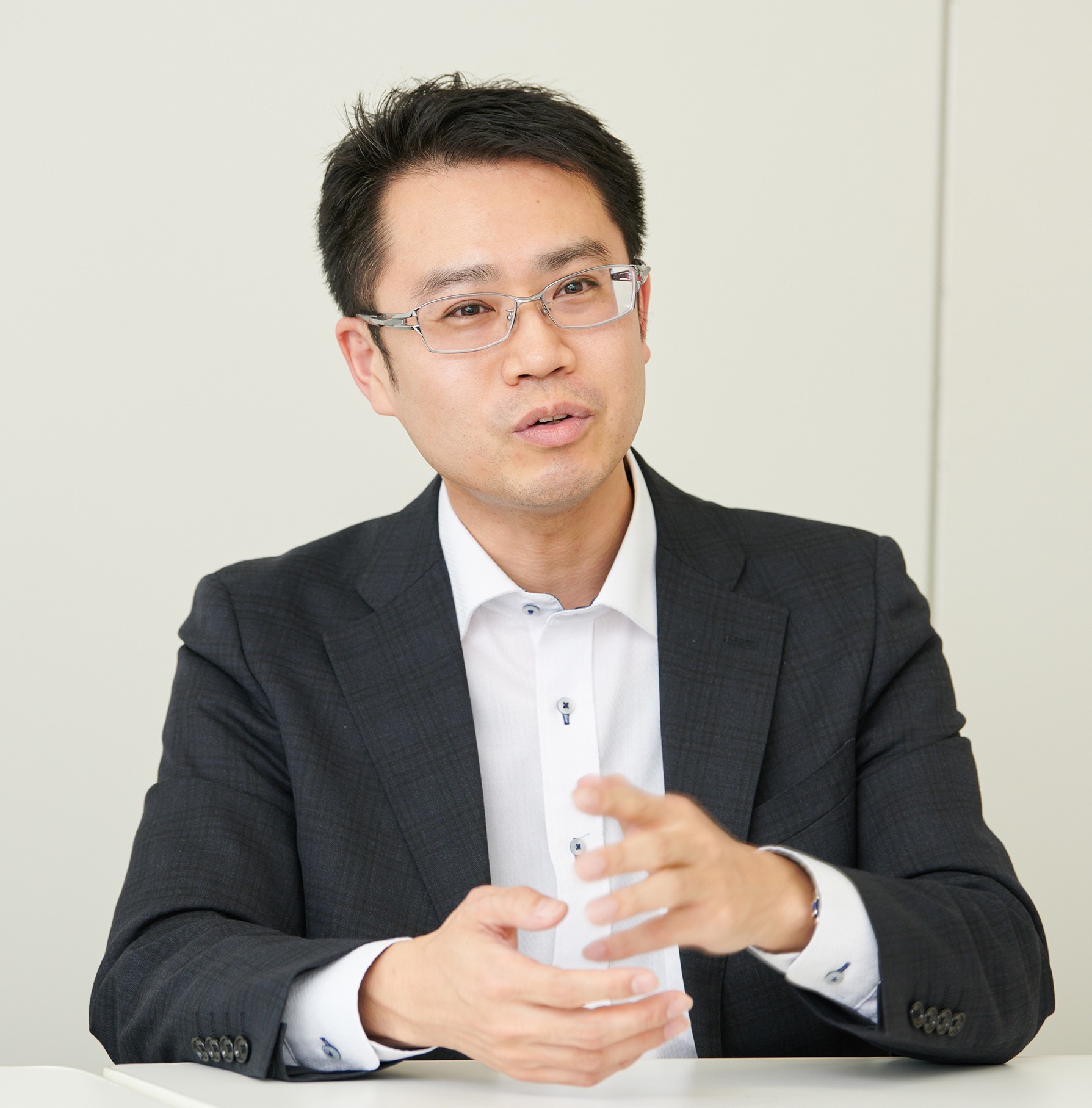 “An agentless solution
[like Red Hat Ansible
Automation Platform]
would help us prevent
an impact to the
performance and
stability of our critical
banking operation
systems.” 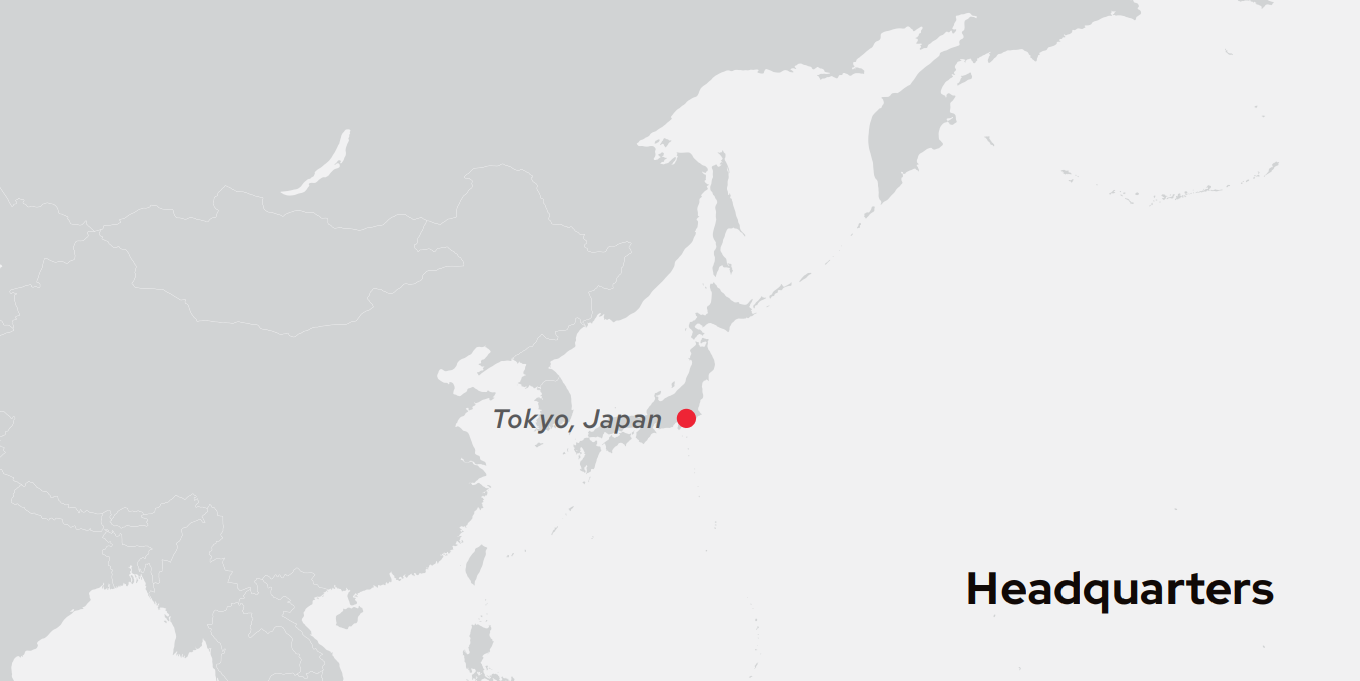 Around 10 years ago, MHIR began an initiative to consolidate and virtualize the group’s physical servers. MHIR has helped the group establish a private cloud service infrastructure, Mizuho Cloud, to consolidate close to 120 systems, most used to assess banking markets and related information. These systems are comprised of close to 1,000 physical servers, 3,500 virtual servers, and petabyte-scale storage.

“With Mizuho Cloud, we’re aiming for release of services at  public-cloud-like speeds,” said Hiroyoshi Saito, Deputy General Manager, IT Infrastructure Systems Division 2, IT Infrastructure Systems Sector, MHIR. “But to achieve that efficiency and respond to increasingly rapid market changes we urgently needed to automate our setup processes for virtual and physical development environments.”

To automate its IT infrastructure configuration management, MHIR turned to Red Hat.  After a successful proof of concept (POC) for operating system (OS) setup for Mizuho Cloud, the IT company decided to use Red Hat Ansible Automation Platform to automate all hardware resource provisioning. MHIR also chose Ansible Automation Platform due to its agentless, integrated nature and robust operational control capabilities.

Red Hat Ansible Automation Platform provides Software-as-a-Service (SaaS) capabilities for automation at scale, with effective content management and security, robust automation deployment analytics, and components that can shorten time to value. The platform is based on Ansible, an agentless IT automation technology that helps teams manage complex, multi-tier deployments and automate repetitive tasks.

Before, hardware setup required lengthy on-site work and associated preparation, including datacenter entry procedures, engineer scheduling—for server, storage and network staff—and other clerical tasks. Now, by automating a majority of the administrative tasks, hardware setup can be completed in as few as three days, rather than close to six weeks. 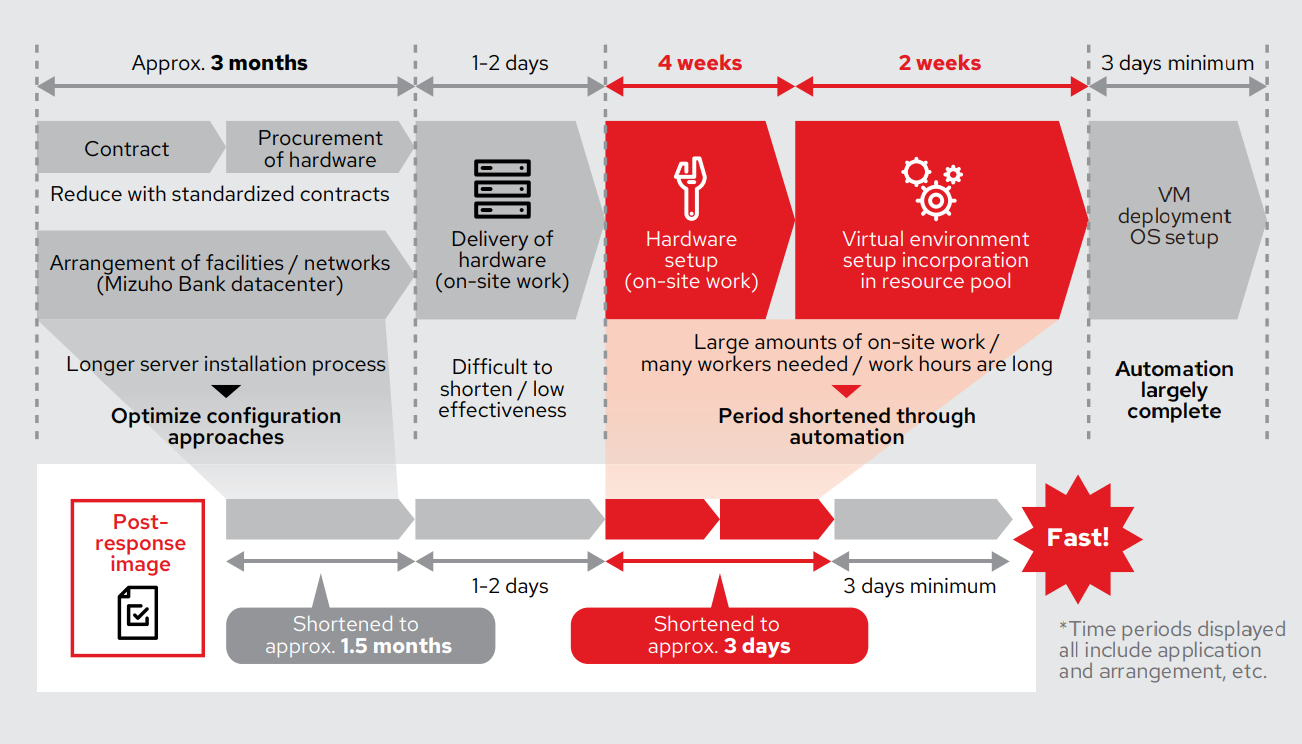 Standardizing its server setup process with Red Hat Ansible Automation Platform has helped MHIR improve the stability and reliability of Mizuho’s IT infrastructure.

Additionally, using Ansible Automation Platform eliminates the need to install agents— services or processes running in the background—on servers or other devices. Instead, direct, remote file access eliminates the need to manage hundreds or up to thousands of these agents. “An agentless solution helps us prevent an impact to the performance and stability of our critical banking operation systems,” said Mr. Yamaguchi.

By creating an automated, standard series of setup processes and tasks using Ansible Playbooks, MHIR has significantly improved the speed and quality of infrastructure deployments across different teams and locations.

Working with Red Hat’s tested, supported Ansible solution has helped MHIR confidently take a new approach to its IT infrastructure.

“While open source software is a reasonable option in terms of cost and innovation, there is value in the fact that Red Hat Ansible Automation Platform is the de facto standard Ansible product, backed by Red Hat’s enterprise support,” said Mr. Yamaguchi. “To meet the high service level requirements of our banking systems, stability and responsive specialist support are essential. Red Hat’s technical expertise contributed greatly to the success of this automation project.”

“Automating our hardware setup processes created a few challenges, such as converting physical operations like power supply controls into code, and clarifying a few specifications,” said Mr. Yamaguchi. “We overcame these challenges with CTC’s extensive technical experience and capabilities.”

With consolidation of its market assessment systems on Mizuho Cloud mostly complete, MHIR is now working to consolidate other systems, including its trust and banking systems, with a goal to eventually expand this automation-focused approach throughout the Mizuho Group.

“With the successful automation of Mizuho’s hardware and virtual environments using Ansible Automation Platform, we are near to completing our evolution to using Infrastructure-as-a-Service,” said Mr. Saito. “In the next stage of our automation efforts, we are considering introducing containers and other innovative technology to evolve to Platform-as-a-Service operations.”

As a think tank and IT company for the Mizuho Financial Group, MHIR seeks to generate new value and achieve the creation of a better society through the fusion of highly specialized consulting with innovative new IT. It not only supports the formulation of the group’s IT strategies and leads the building and operation of its systems, but also manages end-to-end solutions for customers in a variety of fields, from private-sector enterprises to government agencies.