“The border police application
was the first time we saw how
fast we could develop on Red
Hat technology. We built the
application from start to finish
in less than three weeks.”

“We found Red Hat products
robust and easy to use, and we
found Red Hat as a company to
be knowledgeable and
supportive.” 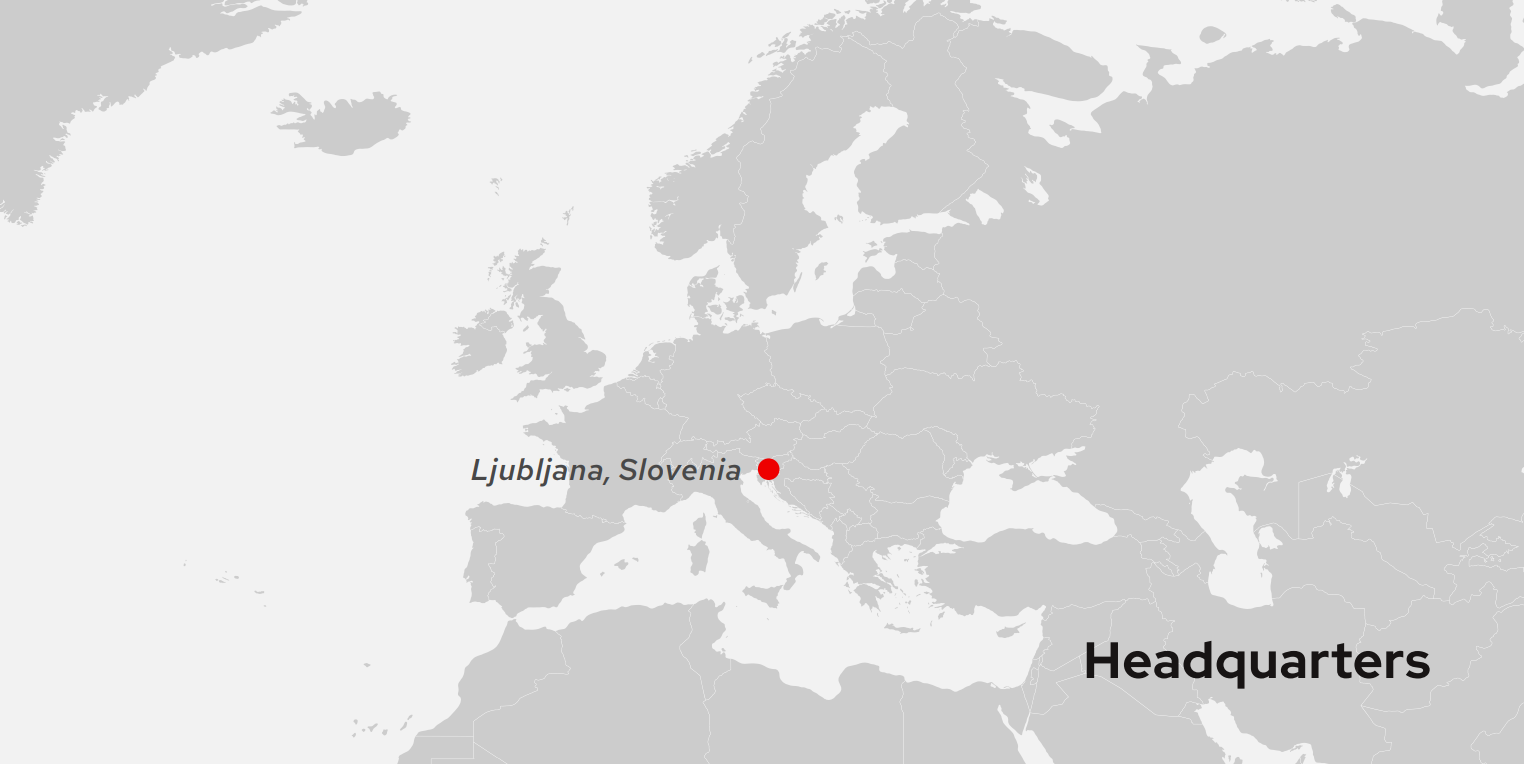 Keeping teams and departments connected is crucial to timely responses to potential safety threats or other citizen needs. However, as the force’s work became increasingly digital, its mainframe infrastructure became harder to manage. Skilled staff to maintain the technology was difficult to find, and vendor lock-in created potential cost challenges and barriers to technology innovation.

“Our mix of technologies was extremely difficult to maintain and required a variety of specialist developers,” said Jernej Razboršek, Senior Police Inspector at the Republic of Slovenia Ministry of the Interior, Police, General Police Directorate, IT and Telecommunications Office, ICT Infrastructure Division, Server Systems Section. “And we didn’t want to be forced to migrate our infrastructure because a vendor decided to stop developing their product. We also wanted more stability but more flexibility.”

After completing a proof of concept (POC), the police force decided on Red Hat technology.

“We wanted to explore open source software because of the freedom it provides,” said Razboršek. “It was clear from the beginning that Red Hat was a leading candidate for our migration from our mainframe environment to enterprise open source middleware. We found Red Hat products robust and easy to use, and we found Red Hat as a company to be knowledgeable and supportive.”

The police force’s development team then began refactoring more than 100 existing applications into microservices and migrating them to the Red Hat platform. New application creation has been standardized on JBoss EAP using a microservices-based architecture. “The new architectural design is much simpler and cleaner,” said Razboršek.

Currently, more than ten applications have been launched in the new environment, including solutions for cataloging firearm inventory in police stations, quarantine decision making and documentation, and fingerprint recognition.

Enhancing processes and collaboration to respond to citizens needs faster

The Slovenian National Police Force can now develop and launch new applications in weeks. JBoss EAP provides support for DevOps practices, such as continuous integration and delivery (CI/CD) to help the police force respond quickly to urgent situations. For example, in response to the COVID-19 pandemic, the police force’s developers needed to quickly develop an application for border police that could issue quarantine documentation and integrate with Slovenia’s National Institutes for Disease Control.

“We built that application from start to finish in less than three weeks. We expect that the number of apps we have in development will triple in the next year,” said Razboršek.

“Our main concern for message queues is always reliance,” said Razboršek. “With Red Hat AMQ, data that is supposed to be delivered is delivered. Being able to quickly set up reliable messaging means our development team can be more responsive to potential safety threats and meet citizen needs for timely services.”

Adopting enterprise open source technology from Red Hat has helped the police force focus on innovation, without life cycle uncertainty. With full visibility into code in open source communities, the security department and other teams can retain control and more effectively prepare for change.

“Knowing that the software we use is open source but also appropriately supported gives us peace of mind,” said Razboršek. “And a lot of Red Hat software product developers are active on community project support forums.”

Now, the Slovenian National Police Force’s IT teams are using their experience with open source technology to find new tools and approaches for collaboration based on community best practices.

Moving to a platform built with Red Hat’s enterprise open source technology is also helping to position the police force as an exciting place to work with new technologies on projects of national importance. As a result, the shift to open source software will help the police force attract new, skilled talent to accelerate its digital transformation efforts.

“While the public sector may struggle to compete with technology firms in terms of salary, we can create a workplace that offers a similar experience: doing important work with the latest methods and open source technologies,” said Razboršek.

Agenda Open Systems is
the leading Slovenian Linux®
and open source technology
integrator with some of the
largest open source projects in
Slovenia. Working with Red Hat
since 2004, Agenda is the first
Red Hat partner in Slovenia.

The police force plans to expand its enterprise open source infrastructure. It recently adopted Red Hat Ansible Automation Platform to set up JBoss EAP clusters quickly—in 30-45 minutes—and EnterpriseDB clusters and has used Ansible to use and modify playbooks. These playbooks also serve as documentation of standardized processes for easy reference.

“Moving from monolithic applications to microservices with Red Hat has brought major improvements to our work,” said Razboršek. “We have many more applications in testing and development, and we continue to benefit from faster development capabilities. Red Hat remains critical to our plans for the future.”

About the Slovenian National Police Force

The Slovenian National Police Force is the government agency that is responsible for law enforcement in Slovenia. As an independent body within the framework of the Ministry of the Interior, the force has around 8,500 personnel responsible for protecting citizens’ lives, personal safety, and property, and protecting and controlling state borders and more.