“All automation solutions were
on the table, but we realized
Ansible Automation Platform is
the tool that speaks the
language of every other
technology solution that we’re
working with. It’s the center-
piece of everything we’re
trying to do.”

“Red Hat Ansible Automation
Platform is a tool that helps
you scale up the cloud without
having to forklift an IT
organization completely, or
outsource it.”

World Wide Technology (WWT), a major technology reseller to companies and organizations around the world, saw that it was having an internal issue with IT automation. Needing a solution that could be used company-wide, it selected Red Hat Ansible Automation Platform and used Red Hat Partner Training Portal to prepare and upskill staff. Now, not only has it simplified its automation capabilities, WWT includes its own experience when discussing Red Hat Ansible Automation Platform with clients and has added it to its $500 million Advanced Technology Center so clients can see the value of Red Hat solutions. 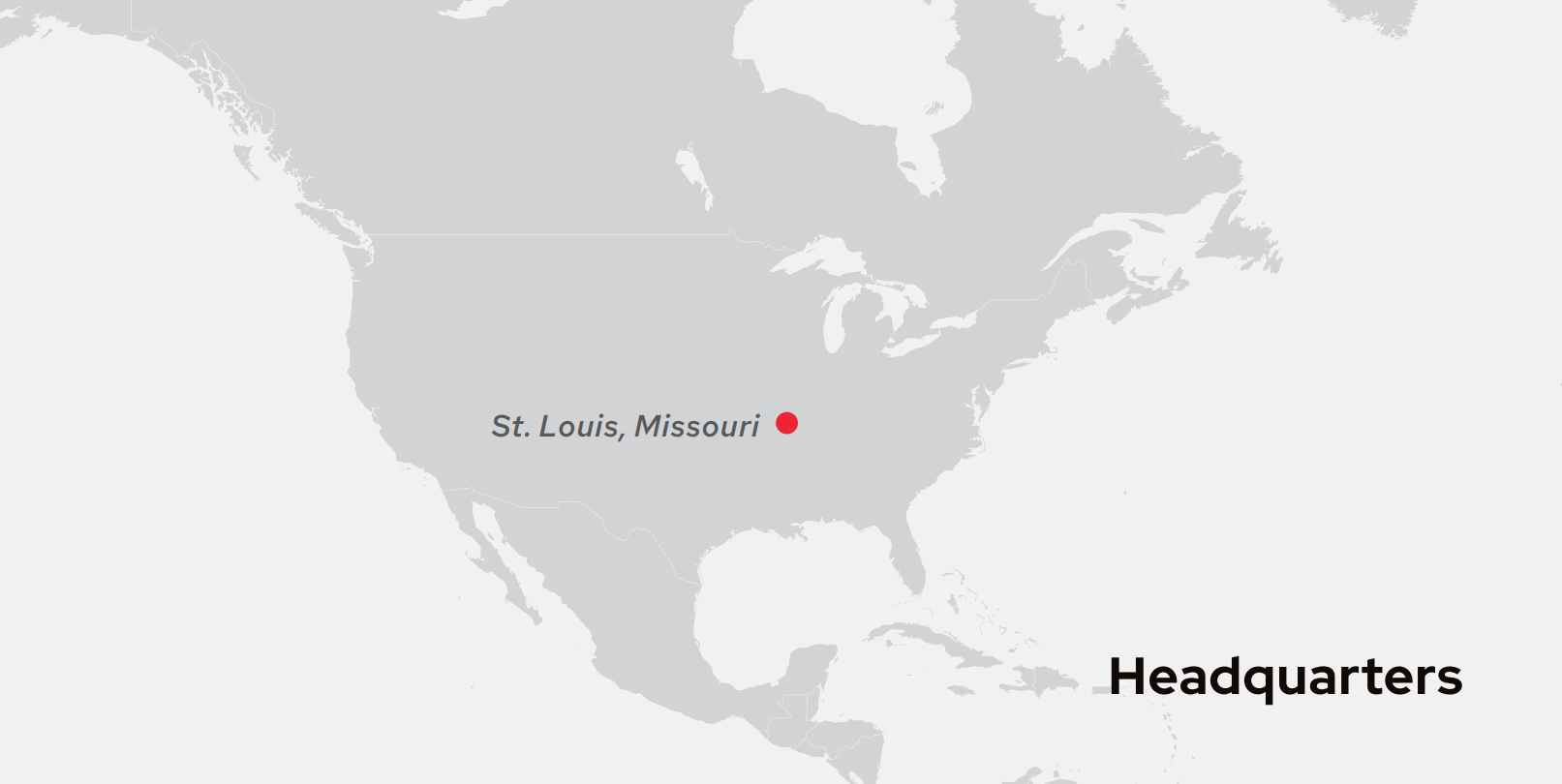 World Wide Technology (WWT) has been a leading technology reseller for more than 30 years. It counts 80 of the Fortune 100 companies as its clients and serves organizations in numerous sectors, from global finance to healthcare and manufacturing.

WWT takes pride in maintaining its happy customer base and creating a company with more than $13 billion in annual revenue. However, it recently had to face some challenges in its internal IT operations.

“Staff were struggling to find the time needed to scale and support our clients as they grew,” said Tim Hull, Technical Solutions Architect for WWT. “We knew some type of automation solution was the answer, but which one?”

Within WWT’s internal IT teams were several automation products that had been brought in to handle various tasks, but Hull saw a need for a unified automation ecosystem across the enterprise that would make training easier and prevent incompatibilities. The solution needed to work with a variety of platforms, from Linux to Windows and would deliver a premium customer experience.

WWT found that in sales meetings with potential clients, sharing its experiences about handling automation issues and how it solved them with Ansible Automation Platform provided a touchpoint, as this is a common problem for IT departments. “It seems everyone is looking for a way to automate processes so they can move on to do innovative, creative things,” said Hull. “Many clients feel overburdened with mundane work.”

WWT uses its $500 million Advanced Technology Center to demonstrate Ansible Automation Platform in a realistic setting, which makes its story with the solution so compelling.

A common topic when WWT is demonstrating the Ansible Automation Platform to customers is security automation. Customers are interested in how to build the solution into the firewall workflow. “We’re able to show how Ansible is an integral piece of security automation,” said Alexandra Schoen, Business Development Manager on the Global Engineering Team for WWT. “It can flourish in any environment, and we often see security being one of the top three areas that organizations want to automate first.”

Reduced time to automate compared to past solutions

Once all WWT’s IT departments were unified under a single automation solution, as opposed to a collection of products, Hull began seeing not-so-surprising results. “We were used to automating 10 processes a month, which isn’t much. Eighteen months later, we’re seeing 900 processes automated per week.” Ansible Content Collections have been crucial to WWT’s automation efforts. It allows the team to create solutions within OEM modules without deploying a product update, and it helps showcase the platform to potential clients in the Advanced Technology Center.

Like many of its clients, WWT transitioned from a conventional IT model to one that took advantage of cloud technology. Using Ansible Automation Platform helped it to optimize that shift, and reduced time spent on troubleshooting. “Ansible Automation Platform is a tool that helps you scale up the cloud without having to forklift an IT organization completely, or outsource it,” said Hull. “People in network operations aren’t as familiar with cloud scale, and getting them in the ‘Ansible’ mindset enables them to see the elastic capacity of how cloud development works. You upskill your teams, so they are enabled to deliver that cloud scale and do so in a way that meets with your clients’ expectations.”

A major contributor to WWT’s success with Ansible Automation Platform was its use of the Red Hat Partner Training Portal, which it has been able to easily access through Red Hat Partner Connect. “It helped everyone overcome their fear of learning a new platform,” said Hull. “People came away feeling empowered.” More than 50 WWT employees have since become accredited as Red Hat IT Automation and Management Sales Specialists or accredited Red Hat Automation Sales Engineer Specialists, which has been a benefit not only to WWT but also to its clients looking at Red Hat solutions.

Improved working environment for IT staff by eliminating manual work

One of the most common complaints from IT team members was that they were often needed on days off, or had to stay late to fix repetitive problems. Once Ansible Automation Platform was in place system-wide, the complaints stopped. “Those nagging jobs that could be automated with Ansible Automation Platform were, so no one had to worry about them anymore,” said Hull. “It made our jobs more enjoyable.”

“From a business standpoint, if you look at the evolution of where we are today, Ansible Automation Platform allows us to do more with less and go faster without making errors. Change at a whim, scale at a whim,” said Schoen. “It’s opened the door to the groups in storage, networking or the data center that might be working in silos.”

By automating more manual tasks, WWT found that it also had a selling point when recruiting IT talent. “We’re able to tell people: ‘You’re not doing the boring work with us because Ansible Automation Platform has that under control.’” said Hull. “We can say: ‘When you work for us, you’re on some interesting projects.’”

The time savings extend to other parts of the company as well. Onboarding new employees typically took three to four tasks for human resources staff. With Ansible Automation Platform in control, those rote tasks are automated and staff are on the job faster.

WWT’s IT team promotes Ansible Automation Platform as integral and transformative to its culture, meaning staff are taught to think differently, like a developer, that if something isn’t automated, how can it be? And the simplicity of its language means it’s not necessary to have a programming background to work with it. The tech that WWT layers on top of the Ansible Automation Platform has helped to enable cultural transformation. “It’s organizing your work a little differently, whether that’s in deploying systems or building configurations, and it’s all written in a human-readable language,” said Hull.

Consolidated from multiple single-task tools to one automation platform

WWT has several IT teams working throughout the organization. In the past, when a project required an automation solution, the team member would choose one they were familiar with and continue their work. “As a result, we had about 10 different automation solutions, which of course complicated things because not everyone was proficient in them all,” said Hull. “We realized we needed a common solution.”

WWT found Ansible Automation Platform was the answer because of its simplicity. “It speaks the language of all the other technology solutions we work with, so it can be our centerpiece. Plus, the development community around it is a big help to us and our clients,” said Hull.

Clients are often wary about replacing a system they have worked with for years. “It’s a big surprise to them that Ansible Automation Platform doesn’t replace the automation they have in place – it extends it,” said Hull. “That was the biggest selling point for us.”

Looking ahead, WWT plans to continue engaging with the Red Hat Partner Training Portal, which the business credits for training its staff on the technical aspects of Ansible Automation Platform. “People come away from it feeling empowered by what Ansible Automation Platform can do, showing they can do more than they thought they could,” said Hull.

“We value our partnership with Red Hat and our mutual success with Ansible Automation Platform – it takes away the low-level work that wears our team out and gives them time back to be creative and innovative.”

World Wide Technology is a leading technology solution reseller that assists many of the largest companies and organizations of the world. It is privately held with more than 7,000 employees spread across the globe in 20 facilities. https://www.wwt.com/