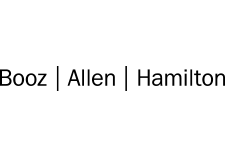 [The Red Hat solution] has been recognized and positioned as a strong model for the rest of this DoD organization’s infrastructure.

Booz Allen Hamilton, an IT consulting firm, was hired by the United States Department of Defense (DoD) to build an elastic IT infrastructure that could support spikes in traffic. Using Red Hat® solutions, Booz Allen Hamilton delivered an agile, flexible architecture that helps the DoD deliver the information decision makers need to evaluate programs and decide which ones to fund.

The DoD hired Booz Allen Hamilton to transform its aging, inflexible IT architecture. Using Red Hat solutions, the consulting firm created a private cloud and an elastic, agile infrastructure that saved US$5.1 million through fiscal year 2015.

If you're a government agency seeking financial support, the last thing you want to do is delay a request from your source of funding: Congress. But that's exactly what was happening at the DoD. When congressional staff and other decision makers inundated the DoD with requests for reports to inform program funding decisions, the department's servers couldn't keep up. To find a solution that would improve performance and consolidate systems, the DoD turned to Booz Allen Hamilton.

Using Red Hat platform and middleware products, Booz Allen Hamilton created a private cloud and an agile, elastic infrastructure for a DoD division that can automatically scale as needed to accommodate changes in traffic. "[The Red Hat solution] has been recognized and positioned as a strong model for the rest of this DoD organization's infrastructure," said Munjeet Singh, senior associate at Booz Allen Hamilton.

The DoD can now provide information as needed to decision makers, who are better able to judge which programs offer the most value to national defense. “[The Red Hat solution is] achieving better response times and delivering a better user experience,” said Cameron Mayer, senior associate at Booz Allen Hamilton. As a result, the DoD has cut licensing, maintenance, and management costs, resulting in savings of US$5.1 million. And better automation has increased productivity, saving more than 3 weeks of development time.

The new Red Hat–based architecture [provides] the flexibility to do things that the organization’s acquisitions businesses wouldn’t have been able to do a few years ago.