Featuring the work of Sarah Tector and Liz Kelly

Hung, "A Clayboration of Home Goods," was an exhibition of functional home adornment objects like hanging pendant lights, hooks, knobs and small wall planters made of clay. Each piece was created collaboratively by Liz Kelly (a potter) and Sarah Tector (a metalsmith). It was not a show of two individual artists who made their own objects to complement and accompany one another, but a showcase of partnership and collaboration. Each piece was made by both artists, working from a shared premise. Hung appeared at VAE throughout most of June, 2017. 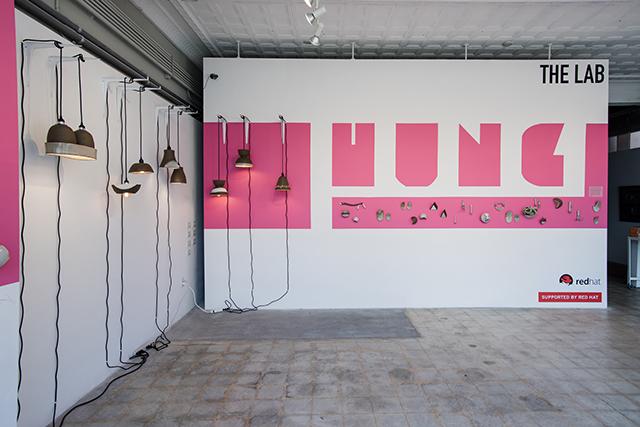 For them, it started with shared goals. Tector and Kelly decided to work together after hearing about the Red Hat sponsorship of The Lab collaboration series at a VAE meeting. Up to that point, they had known each other casually, admired one another's work, and respected one another as working artists. Their first step, months before they began working on pieces, and months more before the show opened was to sit down and talk. It wasn't a specific planning-out of each piece, or a negotiation of specifically who was going to do what. Rather it was coming to a mutual understanding about what they both wanted to gain from the experience? 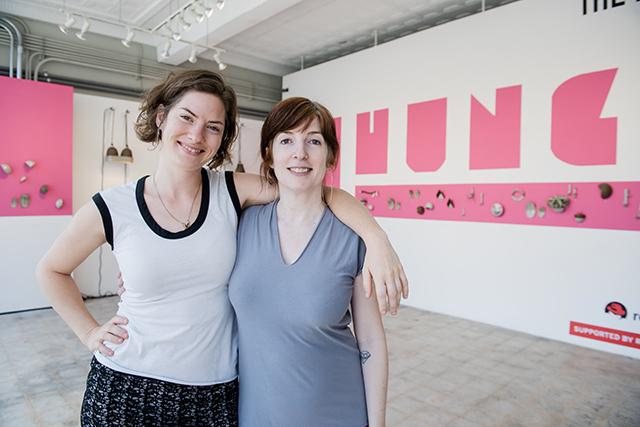 "We came to a quorum...if I can say that about only two people...very quickly," Kelly remembers. "We knew that we wanted to use this as an opportunity to reach beyond our usual domain, our usual markets...and we knew we also knew that we both wanted to appeal to interior design/decoration...we wanted to sell some stuff, of course, but we also knew that might mean changing the nature of the function of our work, and that was just as important."

Once their creative goals (interesting functional pieces neither could make on their own) and what they wanted for their audience (for people heretofore unfamiliar with their work to see it, and, hopefully, buy it) were set, mutually understood, and agreed to, they were ready to move forward.

A few more months passed, and when they were ready to get into the studio and get to work, the goals were there to help them get started. But neither Kelly nor Tector saw the goals as a strict roadmap to follow. They were necessary to help them get started, but they knew they had to let the work guide them. The rules were there to help guide them, but not hinder or confine their momentum.

"At first, we kept it pretty loose," says Kelly.  "And then, months later, when it was finally time to be in the studio and touch some clay, it was a moment of ‘OK, well where do we start on this abstract idea and take it out of our usual realm?"

The question was how to allow inspiration from the outside into their collaboration, and have that inspiration be relevant and meaningful to both of them.

"Getting our hands on the material...together...working with the material began to influence both of us, and then, after we started, we had questions, so we started researching things together...going out and looking at things," says Tector. "That's when it, from the original ideas to the work itself, became ‘ours.'"

In the end, their original goals, although only loosely followed while actually making things, were met. At the opening, Interior designers did notice their work, and they sold more than they expected. More importantly, the pieces they made were both evocative of their work as individuals and yet nothing like it at all. Together, they had come up with something unique. It was all the product of a balance between them, a balance grounded in the trust they had for one another and the process they devised together. 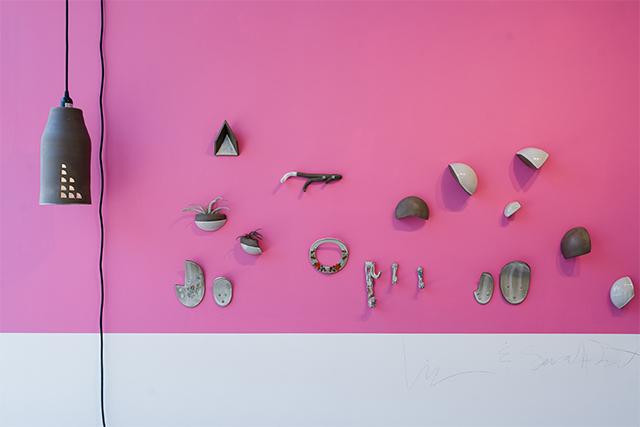 "Yes, I mean I personally felt like it [the balance between us] played into everything, with and against,' says Tector. "It's one of the things that made it [our collaboration] work. We wanted the same thing, but we brought different things to the work, and it worked out."

"And that made me so excited about our process," Kelly says. "And thinking back to the beginning, and how we kept it loose, and then how we executed, and how when we got the end result we wanted, it really reinforced my enthusiasm for how I work, and how we work together. The end results proved that our process worked."