Joseph: For the logo development, as a team, we were really excited to have this opportunity to come together and work on this new “Red Hat as the Catalyst” series, and just do something a little bit different. With this logo design, the Boston Children’s Hospital team had presented us with a interesting visual of a force-directed graph, which is the model they use to interpret the ChRIS platform on the backend.

If you’re not familiar with a force-directed graph, it’s a very organic-type graph. It has a large center node with these lines that connect to the outer, smaller nodes. And you can have this interactivity with it, where you can like move it around and play with it on a screen. We were able to walk down a path of, “Oh, what could we create with this system?” And so, naturally, a brain kind of came to the foreground of what we could use as the series logo. 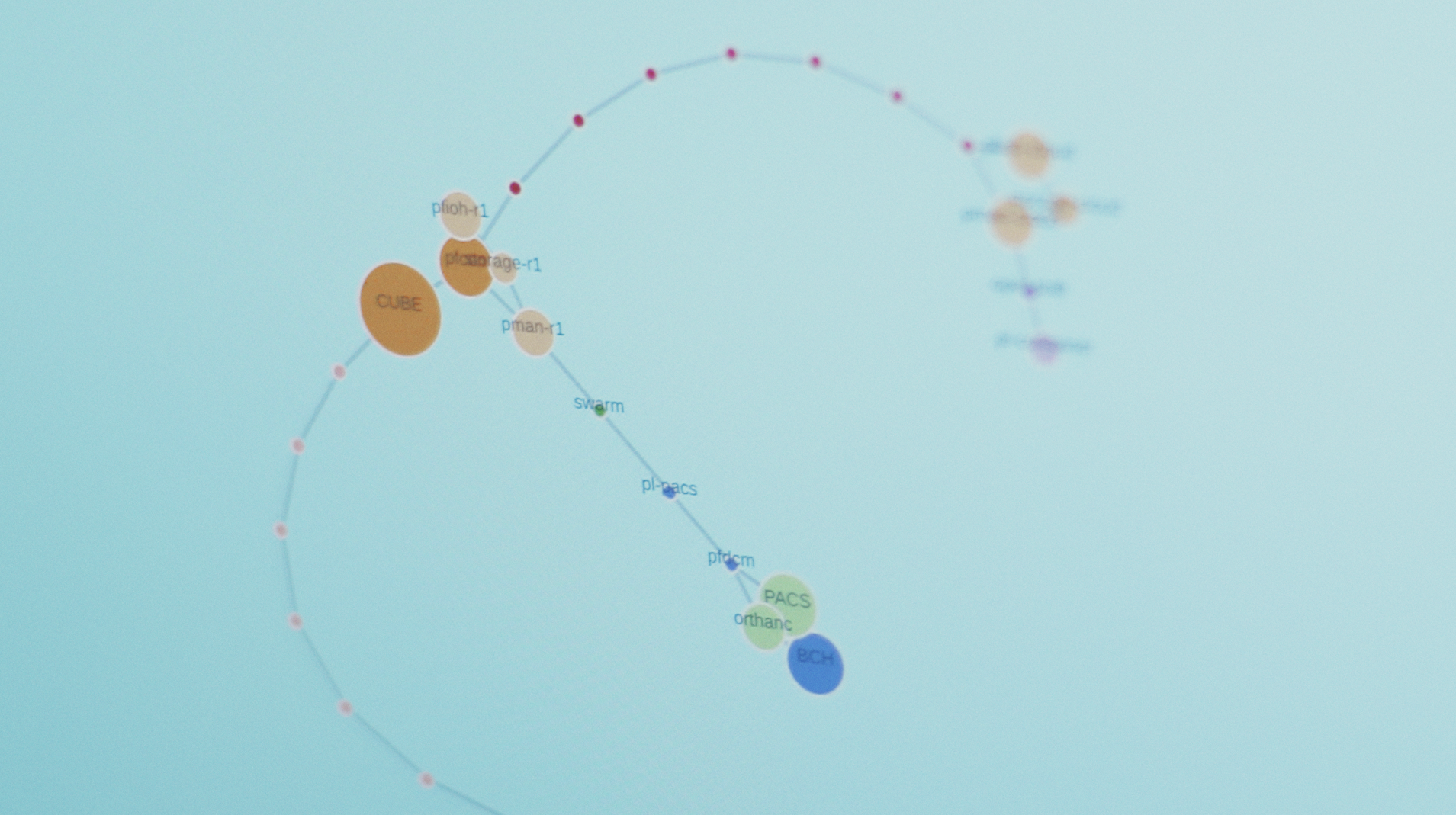 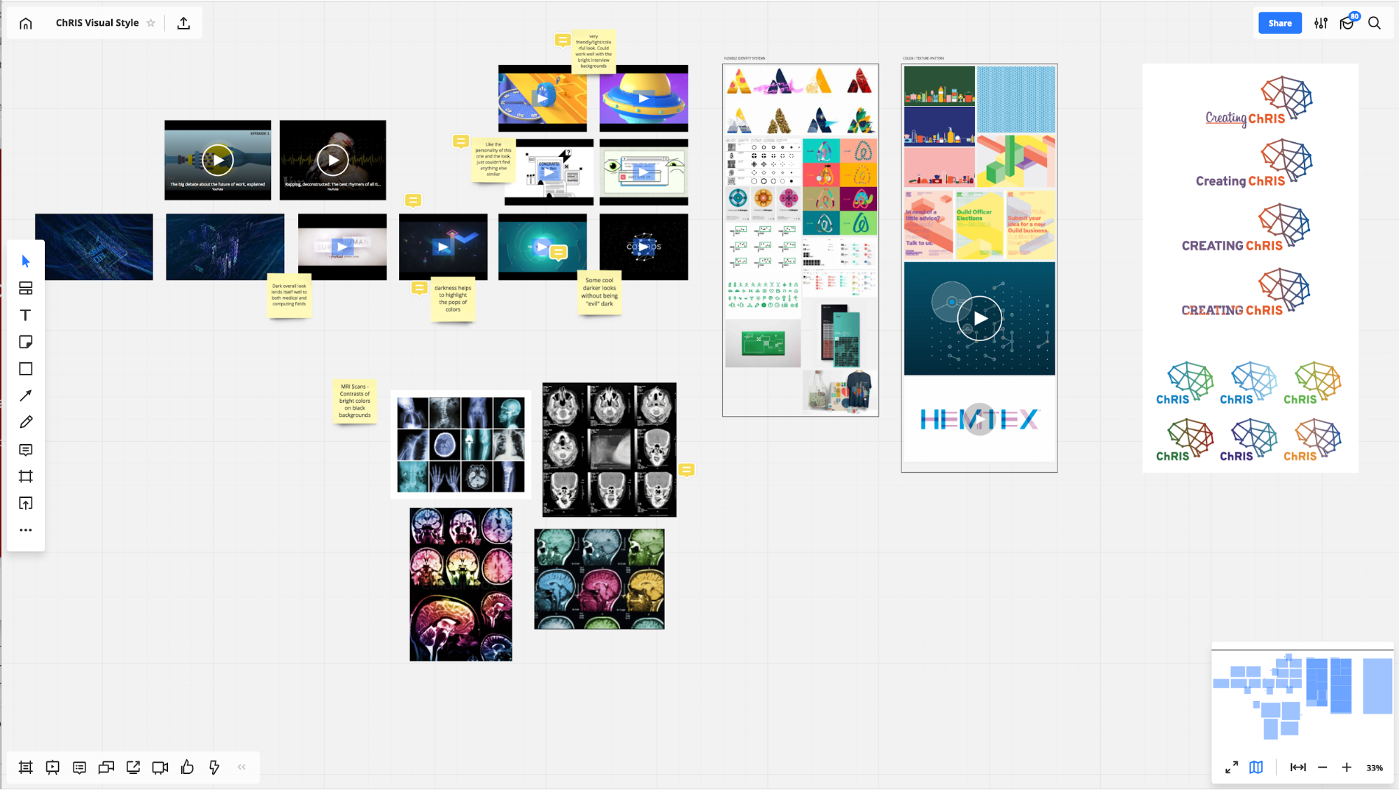 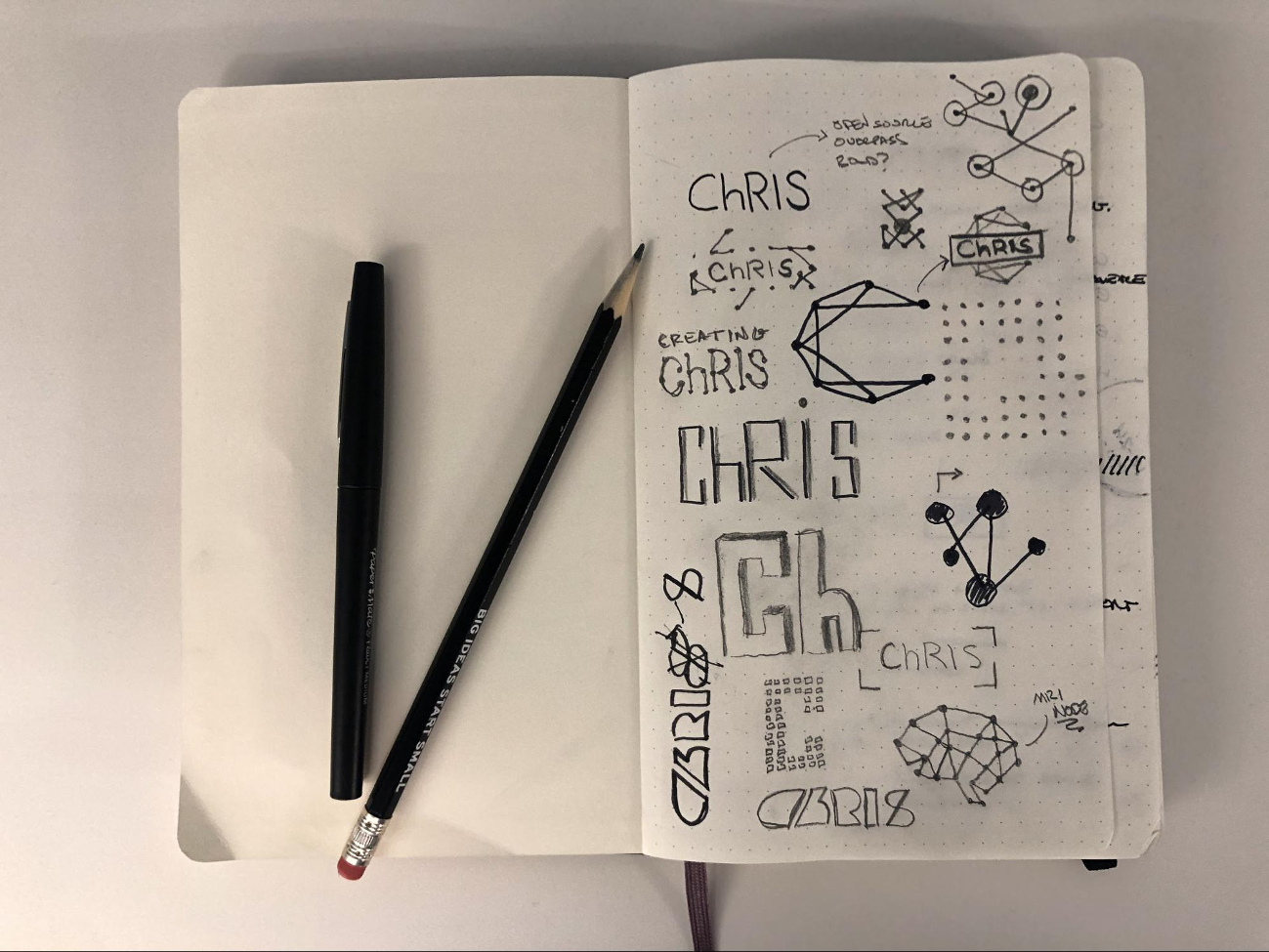 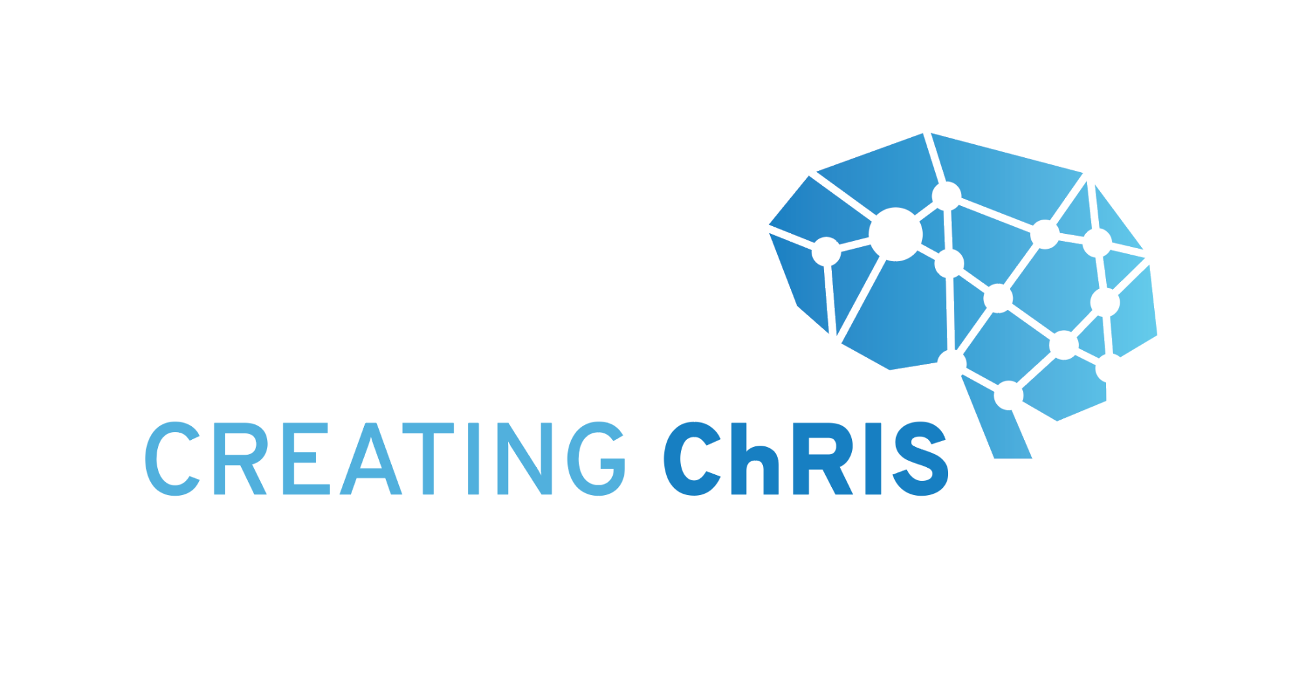 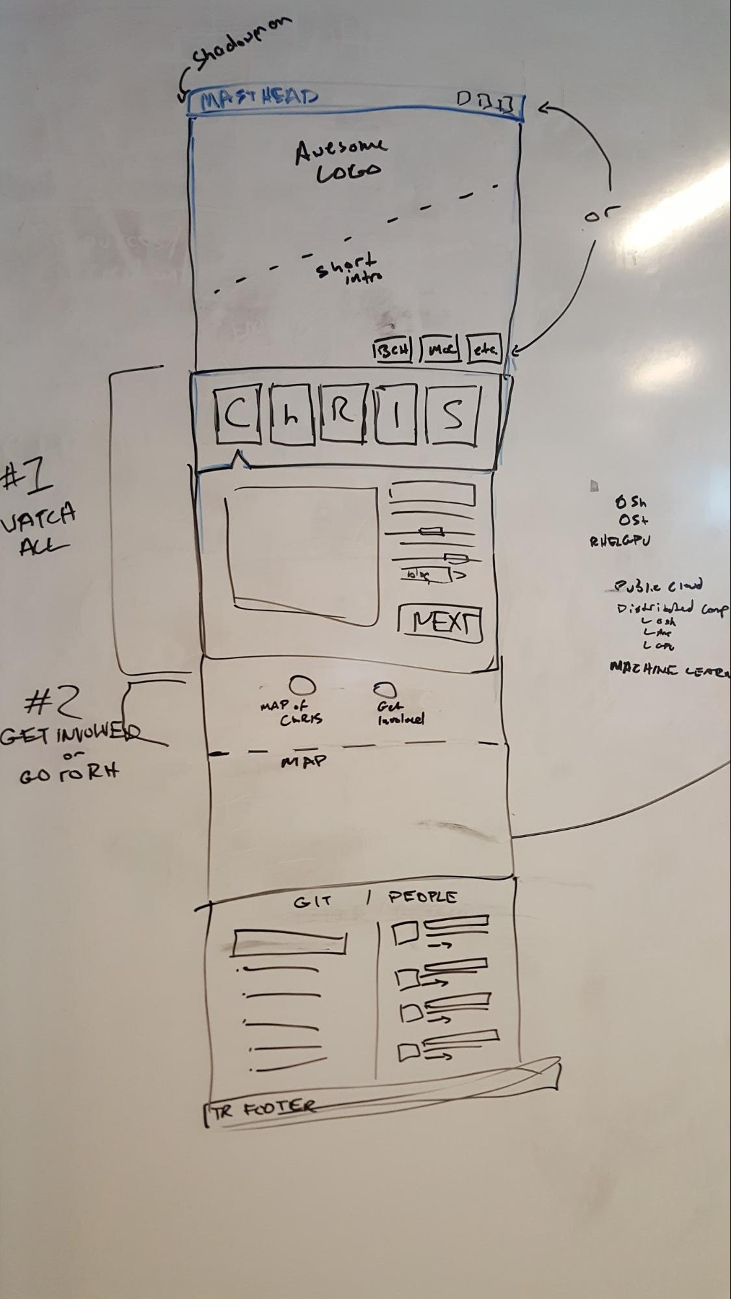 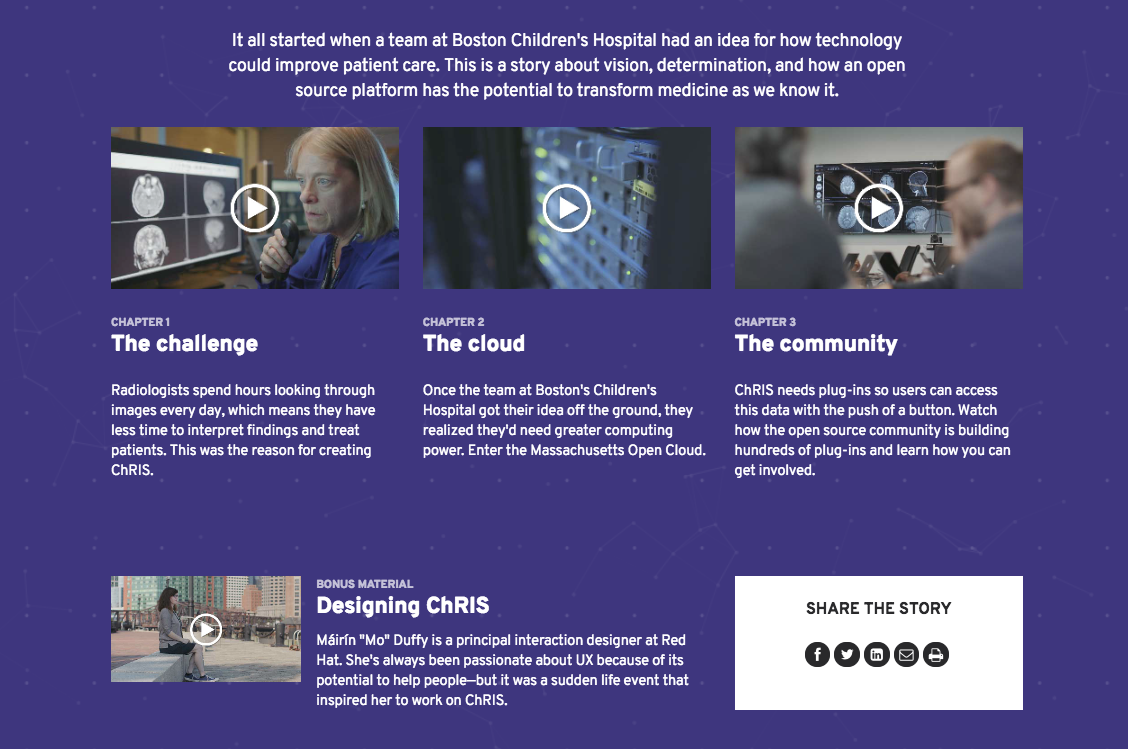