The evolution of a Linux sysadmin

A tale of how a sysadmin went from hobbyist and Level 1 tech to the big time at Red Hat.

We've all got a story, right? I don't know if anyone would read mine, but, to the right audience, it might sound familiar, or at least relatable. My life is sort of fractured between two things I'm passionate about. One is the off-road industry, and the other is open source software. Some time ago, I was involved in a YouTube "challenge" where a bunch of us off-road enthusiasts were asked to share our story, and I told the tale of how I got involved in "Jeeping" and why we do what we do in that space. Here, I am about to tell the other side of my story, where I’m a computer guy with a bunch of nerd cred. So hang on while I tell you the story of a broke high-school kid who stumbled into a career.

I was a kid in the '80s; before computers were everywhere you looked. My dad, though, he was his generation's version of a geek—a telephone guy, son of a handyman who worked his way through the Depression, making whatever he could out of whatever he had. As a kid, my dad involved me in all sorts of projects involving building things or wiring, and we even built an electrified wooden toy helicopter together. I learned from him that you could build your own happiness. I always joke with people that I learned my alphabet on a Texas Instruments computer connected to our living room TV. My first game system was an Atari computer with a 5.25" floppy drive.

In the early '90s, my dad brought home a state-of-the-art 486 desktop computer. Our first modern computer! He gave me his old Atari to put in my bedroom and tinker on, and that's what I did. The 486, though, that thing had a modern operating system on it, and I was nothing short of enthralled. A friend introduced me to some local dial-up bulletin board systems.

That, I'd have to say, is what started it all. I learned so much from this community of like-minded folks; all dialed into this little BBS. Eventually, I became very curious about how the BBS itself worked and started tinkering with BBS software. I found the space to be expensive, though; you needed hardware I couldn't afford.

Then came the Internet. As I mentioned, my dad was a telephone guy. He was, at the time, an engineer at a local telephone company. One of the partner companies under the same umbrella as his telco was starting up an internet service provider! He was able to get in early, and I was one of the first kids in my grade to get access to the Internet.

The Internet was a very different place at the time. You'd dial in, so it was much slower, and, because of the speed and the technologies involved, it was very much a text world. It was certainly not the entertainment source it is today, but to me, it was still just amazing!

I had a friend who was just as intrigued by technology as I was. He and I were both interested in the world outside of the end-user experience of these neat little computer things. We read everything we could get our hands-on. We read about websites and servers and how all of these things worked together. We read about some of the darker sides of technology, the Hackers Handbook, and how phone phreaking worked. I even learned a bit about how to pick locks! Lucky for me, and my parents, I've always been guided by a pretty fierce sense of morality, or my life could have turned out much differently.

Our reading and learning eventually led us to Linux. The word "free" associated with Linux caught our attention. I didn't have a job, I was in high school, so free was good. Little did I know that picking up that first Linux distro (Red Hat 5.0, I still have the CDs) would steer me into the career I've worked at for my entire adult life. My friend, by the way, he runs the Engineering team at that ISP I mentioned now. I guess our curiosity worked out pretty well for him too!

During the summer between my sophomore and junior years in High School, I picked up and started tinkering with those Red Hat 5.0 install discs. I installed, and reinstalled, and reinstalled, and reinstalled that OS on my little 486 until I finally got it right. I even got dual-booting working, so I could keep my Windows environment and play with Linux. After I graduated, my parents bought me a new PC to use for my school work in college, so I was able to turn my little 486 into a dedicated Linux machine. By now, we'd moved from dial-up internet service to dedicated cable. 500mbps baby! I ran a website off of my little 486. I lost track of the number of times I had to wipe and reinstall that system because some malicious actor broke into my poor little machine and flattened it on me, but I persisted, learning something else each time.

While I was in college, I worked in level 1 tech support for the ISP I mentioned above. I didn't love it. I had no control over the services I was supporting, and let's face it, level 1 tech support is a frustrating IT job. I spent five years doing that, trying and failing to get into the system administration group at the ISP. Eventually, I moved up into a network support role, which was much better than level 1, but not where I wanted to be. I was OK at networking, and I certainly could have made a career out of it, but it wasn't what I wanted to do. I wanted to run servers. I wanted to run Linux.

So, after seven years at the ISP, I left and started a job as a network administrator at a small web host. We were a team of about ten people, though that varied during the time I was there. "Network administrator" was a very loose title there. I was responsible for everything that had a CPU in it. I even had to replace the filter in the building's AC unit. I was responsible for network gear, some WAN links, Cisco routers, switches, and of course, Windows, Linux, and BSD servers. This was much more in line with what I wanted to do. However, I didn't love how they were doing it, not just from a technology aspect, but from a business perspective. They did some things that I thought were questionable. Still, though, I was gaining experience, in so many ways. I implemented more and more Linux systems to replace windows and BSD systems there, architected improvements, and generally did the best job I knew how to do.

After about three and a half years there, I left that web host for what I thought would be my last move. I started as a system administrator at a small liberal arts college near home. By this point, I'm married, and my wife and I are planning on a family. Higher education has some benefits that many people might not know about. It's a great atmosphere, and they put a lot of emphasis on bettering yourself, not just putting in your hours. The only real downside is that the pay is lower than in the private sector. Still, this was an increase over what I was making, and I didn't know it at the time, but I was walking into a team that helped set me up for the future in ways I couldn't have imagined.

See, I believe that IT is made up of two types of people: folks who see IT as a lucrative career, and folks who are passionate about IT and get paid to do it. This place was about 50% passionate people. I had never worked so closely with people so excited to do what they do. I felt like I was at home, I was learning new things every day, and talking with some of the most brilliant IT people I'd ever met. What's more, they all wanted to share what they knew.

Well, over time, that slowly changed. Those brilliant people took other jobs, some changes in management forced some others out, and eventually, I found that I was one of the few left who was still passionate about what had been so important to the mission at the college. More cloud adoption meant less need for a do-it-yourselfer like me. My "I'm going to retire here" plans started to crumble. I eventually moved into a new role they created for high-performance computing, which had promise. We started deploying the college's first HPC cluster. Then I got a message one Sunday afternoon from a contact I'd made within Red Hat.

I'd met Marc (Unclemarc to those who know him) through the Red Hat Accelerators, a customer advocacy group that Red Hat runs, and of which I'd become a member in late 2018. We hung out at Summit in Boston in early 2019, and apparently, he liked what he saw in me. He let me know that the team he's on would likely have an opening soon, and he thought I'd make a great addition. Now, for me, the prospect of a job at Red Hat sounded almost too good to be true. I'd been a fan of Red Hat since… well, remember when I said I bought that first Linux distro install disc in 1997 or so? It was Red Hat Linux. I'd based a career on a Linux distro I'd bought out of an interest in a better way of doing something, when I was a kid in high school, looking for a cheaper alternative. Now here I am, a few months into Technical Account Management at Red Hat. I guess you could say I'm pleased with where this path has taken me.

Wondering where your sysadmin career could take you? Take a skills assessment to find the next step on the path for you. 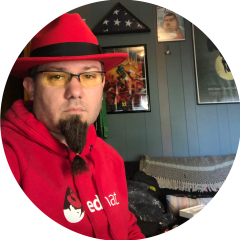 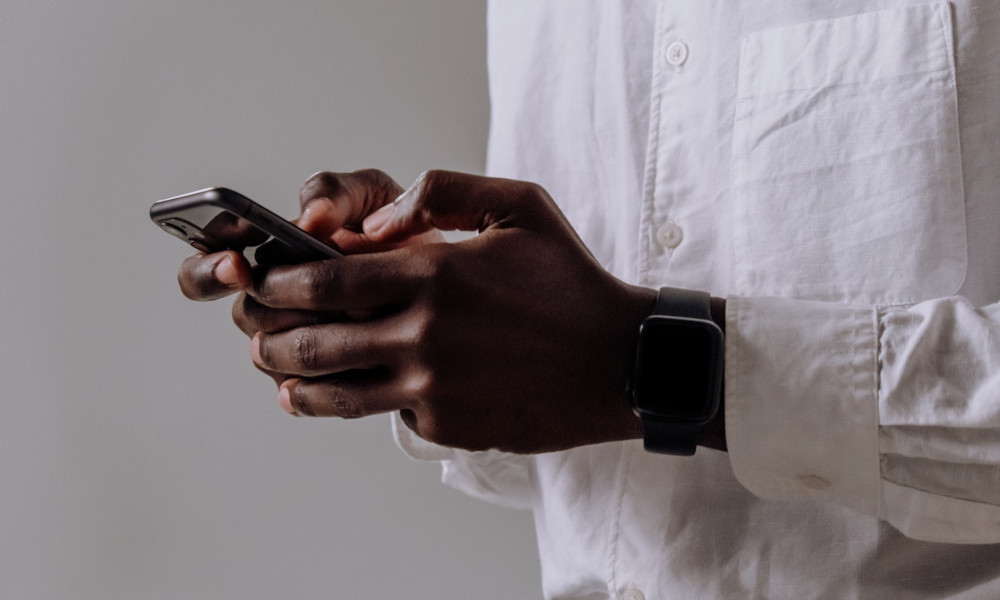 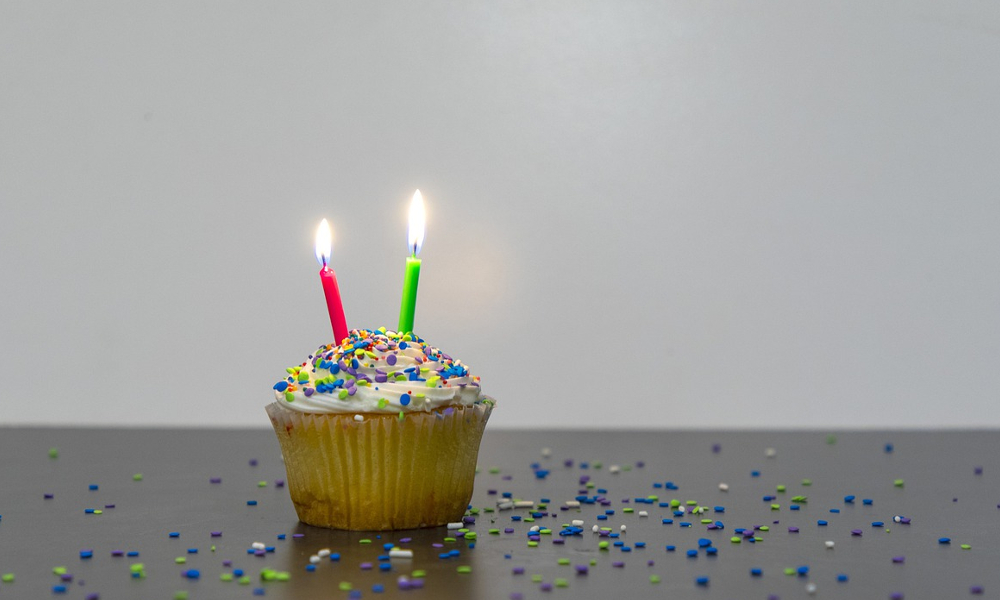