From a dream to reality: How Linux changed my life

Sometimes Linux is about setting goals, overcoming obstacles, and dreaming of owning a BMW motorcycle.

This story is not about the money; it's about how a lower-middle-class guy overcomes obstacles and learns from failures to achieve his dream.

After completing school, everyone thinks about their college life, but for me, it was something a little different. I went to a normal private college—Haldia Institute of Technology, Haldia in West Bengal, India. I was not the best student, but computers were the subject that caught my interest.

Private colleges often have higher fees but are considered lower in educational quality with limited placement scope. During the first year of my college life, I participated in a lot of sports, which was great until I lost interest in my studies as a result. I ended up with only average grades that first year. During my second year, some seniors came into one of my classes and asked about open source; at that point, I hadn't even heard of the term yet, but I ventured an answer anyway. My classmates laughed at my obviously wrong guess but little did any of us know that experience would become the foundation of my great career.

When and how did I start learning Linux?

I started giving my full attention to all the available workshops offered at my college, organized by the Computer Society of India. It was one of these workshops, about cloud computing, where I was first introduced to Linux. I saw the black terminal displaying [root@system1]# for the first time. I instantly felt like a true hacker, even though all I'd done so far was open a terminal window.

During this workshop, I met my mentor, Mr. Gourav Shrama, for the first time. He was wearing an RHCA t-shirt, and I started asking him about the shirt, about Red Hat, and Linux. At that moment, I decided I'd earn a shirt like that before college was over.

My mentor was a major source of support, and his wisest guidance was "Start learning. Never give up. Don't wait for an opportunity, because one will surely arrive, and you must be ready."

So I started learning about Linux.

In those days, there was an extended free trial available for LinuxAcademy, and I took advantage of it to educate myself. From my second to fourth year, I must have created 10 trial accounts so I could take courses on every available topic related to Linux. I didn't know what I needed to know, but open source was inspiring. It made me want to learn more, and I knew that it could only help in the future.

In the meantime, I learned how to create a multi-boot system. YouTube was a major source of information for me, along with StackOverflow. At one point, I had three operating systems installed on my laptop at once.

As time passed, I needed to focus on my grades rather than my tangential computer lessons. In my second and third years, I gradually raised my grades, with a lot of motivation from my mother. She said to me, "This is how you can push your limits and achieve your success."
By her measure, bumping up my grades was my first big college success, and it has led, I believe, to many more.

Of course, no one gets through life without failing or running into obstacles. But no matter what, I've followed all these points firmly:

I found that open source is a great way to grow yourself too. Helping others helps you learn, and the community is a supportive environment for growth.

When it became clear to me that I could potentially have a career in open source, I went to multiple trainings in Linux, Big Data, and everything else related I could think of. I earned several Red Hat certifications, and by the time I graduated, I had RHCSA, RHCE, Ansible, OpenShift, and Troubleshooting certifications.

But still, I didn't get that Red Hat t-shirt of my dreams.

Not all of the exams were a breeze. When I sat for my RHCE exam, it was my birthday. Unfortunately, I did not pass the exam. Distraught, I called my father on my way back home from the training center. He told me there was no need to worry, and that it was just a matter of practice. I felt like I'd given it 100%, but maybe next time, I'd have to give it 200%. My father is a hero to me—he's always supported me without fail, and never stopped me from furthering my education regardless of cost.

Even though I failed my initial RHCE exam, I was selected during my third year as chairperson of the Computer Society of India.

It was this that made me realize that, if you have the leadership skills, a fearless character, and trust in yourself, you can achieve almost anything. It occurred to me recently that if my classmates hadn't laughed at me, I might not have reached this level. It's not fun to be laughed at, but at least I've had the privilege of learning a lot from my failures.

Finally, the time came for me to start seeking job placement—a stressful process involving a lot of work and emotions. During my final semester, I went for several different interviews and generally had no luck. I wasn't sure why. Was something wrong with me? Had I not studied hard enough?

The day before my last college exam, I got a call from Red Hat asking me for an interview. As you might imagine, I was focused on my exams and stewing on my failed interviews, but getting a call from the one place I'd dreamt of working shook me out of it; in the end, I told them I was available to speak with them on that very day. Looking back at it, I don't know how I thought such a schedule was possible, but I powered through and made it to both my exam and the most important job interview of all.

I'll skip over the three (or was it four?) rounds of interviews. Suffice it to say that I got a message from the company that I'd been hired. At that moment, a moment I'll never forget, I realized my whole college life had been conditioning myself for open source culture. And of course, like open source itself, it wasn't something I accomplished on my own. I had my parents and my mentor to thank.

So how does a BMW come into the picture?

For the first six months of my time at my new job, I was an intern. I got accustomed to the culture of open source, to working life, and to my own skillset. During my days as an intern, I spent all my money on rent and on calls to my dad (often for some extra money). After that six months, I was converted to a full-time employee, starting as a quality engineer with the Ceph Storage team (I even had the pleasure of meeting Sage Weil at a tech conference).

I used to get to the office on a rented scooter, but I liked to imagine it was actually a BMW bike. After getting hired full-time, I realized that buying a motorcycle wasn't out of the question. I told my parents and my friends, and they all thought I was being unrealistic. But with my parents there to co-sign my loan, and friends to lend me money to boost the down payment, I got my bike.

But best of all, and by far most importantly, check out this amazing wardrobe: 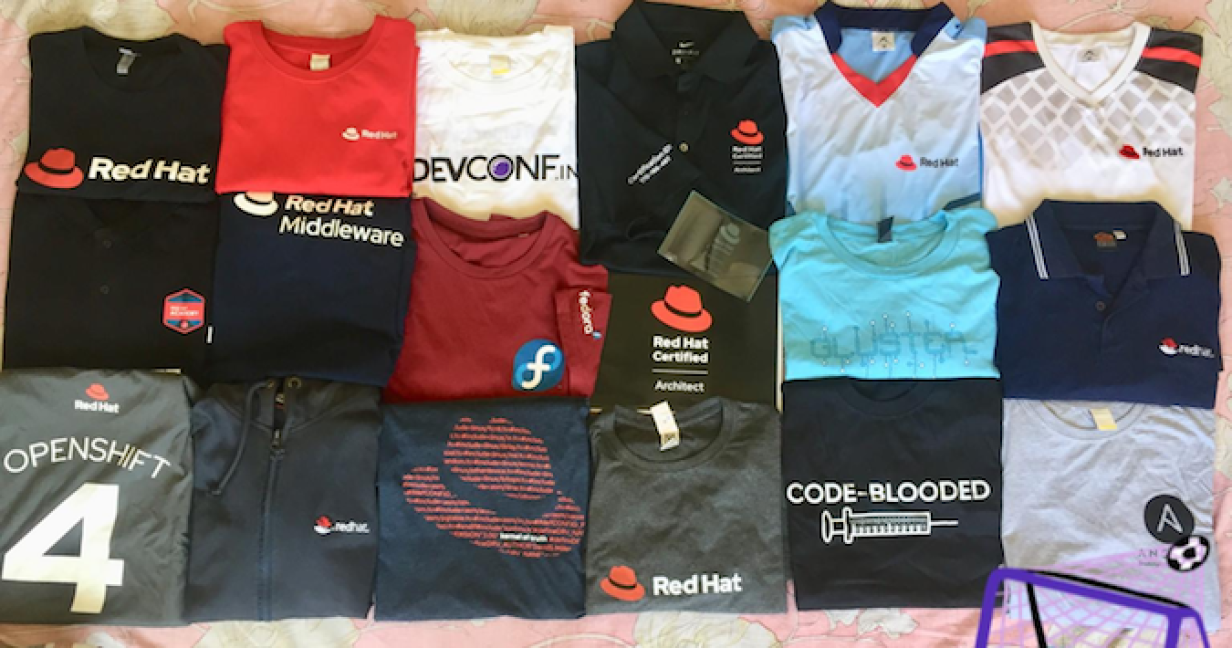 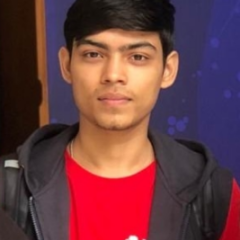 Either you can make me your fan with your basketball dunks or by bike riding skills with 100+. People used to call me Rudy. I love basketball, bike riding, and sometimes coding. I'm a Quality Engineer in Ceph at Red Hat. I love to travel and explore places but don't get much time for that. More about me