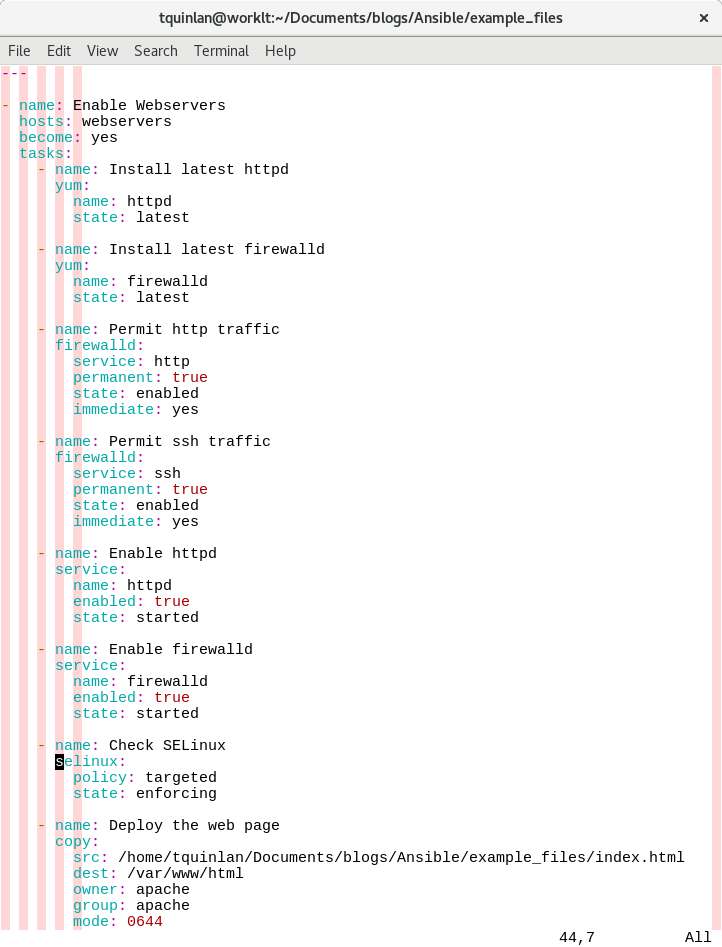 Note that all the tasks were successful, however, some are marked as “ok” while others are marked as “changed.” In the output for TASK, “ok” denotes that the managed node was already configured while “changed” denotes that the managed node was changed to meet the requirements of that task. In this example, firewalld was already installed, while httpd was not. If I re-ran this Playbook, all the tasks should return as “ok.” In the PLAY RECAP for each managed node it states “ok=9  changed=4”. This indicates that all nine tasks are now considered “ok”, but it had to change four to get there.