“As the infrastructure transforms to this hybrid model, with application development taking advantage of those changes, traditional management technologies become obsolete.” 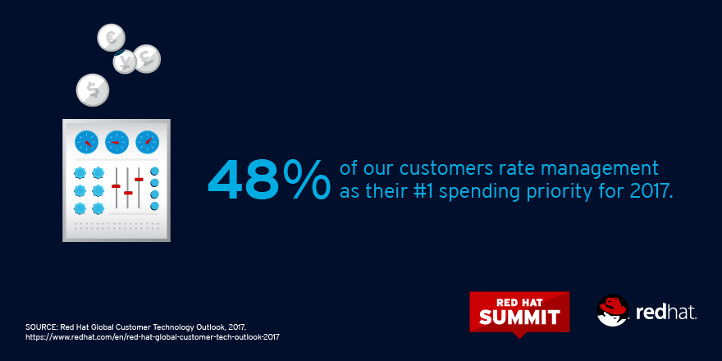 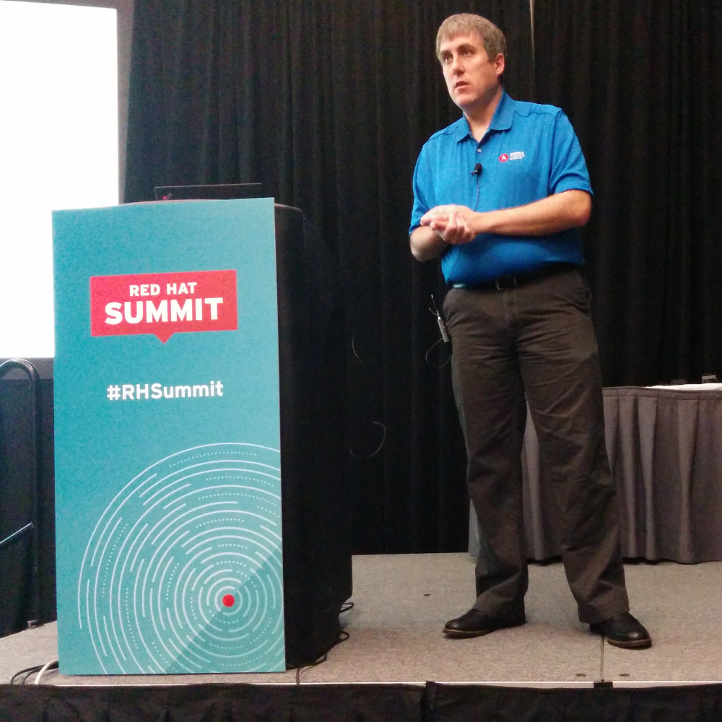 Nottingham described Ansible more clearly: “Ansible lets us automate the drudgery so we get our lives back to do more strategic things.” Because the language Ansible uses is simple, everyone in your organization can be involved and informed. The more you can automate, the more you can avoid manual mistakes.

“Tower is built on top of Ansible,” said Nottingham. “You can use it to automate anything across your enterprise―infrastructure, networks, containers, cloud, and services.”

“If you’ve got machines, we automate over the same protocols you use to manage them,” Nottingham said. “We want to make sure you can get started quickly and get automating.”

Automation is one of the key pieces that makes other modern management tasks possible. For example, organizations need automation to implement self-service. As presenter Gerardus Jansen, product owner for CloudForms, said, “The concept is simple and some implementations are quite simple.” But what about when things are more complex? 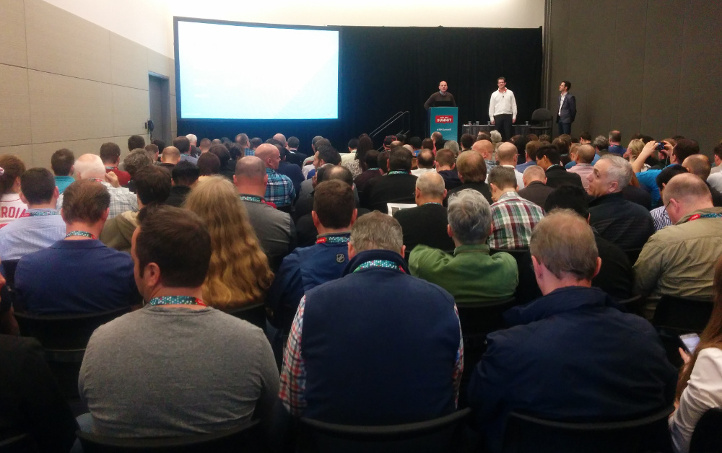 Avenel and his team spent the rest of the session showing how to do these things through the CloudForms dashboard―as well as some beta features that customers might see in upcoming releases, like dynamic metrics, managing and provisioning using CloudForms and Ansible, “podified” CloudForms, and other integrations (Cockpit, ELK).

William Nix (from Red Hat) and Cox’s senior Linux® engineer Abdi Hersi spoke at length about the modernization and optimization efforts underway at Cox. “As our infrastructure got more sophisticated, and our process got more agile, automation became inevitable,” Hersi said.

“In 5 minutes, we started with Satellite―powered by Ansible―and we finished with a complete system we can add to the cluster at any time,” Hersi said. “We can do this as many times as we like.”

In the real world, it might not take 5 minutes, but it doesn’t take as long as it used to for Cox. “We can now deploy and push code to our big data infrastructure in less than 20 minutes,” Hersi said.