As a security guy, I approve of defense-in-depth, which is why I like Silverblue.

I’m a recent but dedicated convert to Silverblue, which I run on my main home laptop, and which I’ll be putting onto my work laptop when I’m due a hardware upgrade in a few months’ time. I wrote an article about Silverblue over at Enable Sysadmin, and over the weekend, I moved the laptop that one of my kids has over to it as well. In terms of usability, look, and feel, Silverblue is basically a version of Fedora. There’s one key difference, however, which is that the operating system is mounted read-only, meaning that it’s immutable.

I realized as I wrote that final sentence that it might be a little misleading. Many programming languages have the concept of "constants." A constant is a variable (or set, or data structure) which is not variable. You can assign a value to a constant, and generally, expect it not to change. But—and this depends on the language you are using—it may be that the constant is not immutable.

This statement seems to go against common sense; though, to be fair, the phrases "programming language" and "common sense" are rarely used positively in the same sentence in my experience. But that’s just the way that some languages are designed. The bottom line is this: if you have a variable that you intend to be immutable, check the syntax of the programming language you’re using and take any specific steps needed to maintain that immutability if required.

In Silverblue’s case, it’s the operating system that’s immutable. You install applications in containers (more on this later) using Flatpak, rather than onto the root filesystem. This means not only that the installation of applications is isolated from the core filesystem, but also that the ability for malicious applications to compromise your system is significantly reduced. It’s not impossible—we generally try to avoid the word "impossible" when describing attacks or vulnerabilities in security—but the risk is significantly lower.

How do you update your system, then? Well, what you do is create a new boot image which includes any updated packages that are needed, and when you’re ready, you boot into that. Silverblue provides simple tools to do this: it’s arguably less hassle than the standard way of upgrading your system. This approach also makes it easy to maintain different versions of an operating system or installations with different sets of packages. If you need to test an application in a particular environment, you boot into the image that reflects that environment and do the testing. Another environment? Another image.

We’re more interested in the security properties that this situation offers us, however. Not only is it difficult to compromise the core operating system as a standard user (as with many security issues, once you have sudo or root access, the situation is significantly degraded), but you are always operating in a known environment. Knowability is very much a desirable property for security, as you can test, monitor, and perform forensic analysis from a known configuration. From a security point of view (let alone the other benefits it delivers), immutability is definitely an asset in an operating system.

This isn’t the place to describe containers (also known as "Linux containers" or, less frequently or accurately these days, "Docker containers") in detail, but they are basically collections of software that you create as images, and then run workloads on a host server (sometimes known as a "pod"). One of the great things about containers is that they’re generally fast to spin up (provision and execute) from an image, and another is that the format of that image—the packaging format—is well-defined, so it’s easy to create the images themselves.

From our point of view, however, what’s great about containers is that you can choose to use them immutably. In fact, that’s the way they’re generally used: using mutable containers is generally considered an anti-pattern. The standard (and "correct") way to use containers is to bundle each application component and required dependencies into a well-defined (and hopefully small) container, and then deploy that as required. The way that containers are designed doesn’t mean that you can’t change any of the software within the running container, but the way that they run discourages you from doing that; which is good, as you definitely shouldn’t.

Remember, immutable software gives better knowability and improves your resistance to run-time compromise. Instead, given how lightweight containers are, you should design your application in such a way that if you need to, you can just kill the container instance and replace it with an instance from an updated image.

This consideration brings us to two of the reasons that you should never run containers with root privilege. First, there’s a temptation for legitimate users to use that privilege to update software in a running container, reducing knowability, and possibly introducing unexpected behavior. Second, there are many more opportunities for compromise if a malicious actor—human or automated—can change the underlying software in the container.

As a security guy, I approve of defense-in-depth, and this is a classic example of that property. I also like the fact that I can control what I’m running—and what versions—with a great deal more ease than if I were on a standard operating system.

This article was originally posted on Alice, Eve and Bob – a security blog. 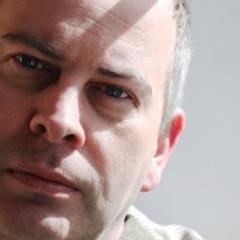 I've been in and around Open Source since around 1997, and have been running (GNU) Linux as my main desktop at home and work since then.  I'm Chief Security Architect for Red Hat. More about me