Restrictions placed on rootless containers can be inconvenient, but there's always some sacrifice of convenience and usability for security improvements.

One of Podman’s most exciting new features is rootless containers. Rootless allows almost any container to be run as a normal user, with no elevated privileges, and major security benefits. However, running containers without root privileges does come with limitations.

A user asked a question about one of these: Why couldn’t they pull a specific image with rootless Podman?

Their image was throwing errors after downloading, like the one below:

I explained that their problem was that their image had files owned by UIDs over 65536. Due to that issue, the image would not fit into rootless Podman’s default UID mapping, which limits the number of UIDs and GIDs available.

The follow-on questions were, naturally:

I’ll start by explaining why we need to use different UIDs and GIDs than the host, and then explain why the default is 65536—and how to change this number.

Rootless containers run inside of a user namespace, which is a way of mapping the host’s users and groups into the container. By default, we map the user that launched Podman as UID/GID 0 in rootless containers.

On my system, my user (mheon) is UID 1000. When I launch a rootless container as mheon with podman run -t -i --rm fedora bash, and then run top inside the container, I appear to be UID 0—root.

However, on the host, the bash process is still owned by my user. You can see this result when I run podman top on my host system:

Let’s show a simple example. I’ll mount /etc/, which is full of files owned by root, into a rootless container. Then I’ll show its contents with ls:

I have no permission to change these files, despite the fact that I’m root in the container. I can’t even see many of them: Note the 2> /dev/null after ls to squash errors because I get many permission errors even trying to list them.

No matter what user you may appear to be in a rootless container, you’re still acting as your own user, and you can only access files that your user on the host can access. This setup is a large part of the security appeal of rootless containers—even if an attacker can break out of a container, they are still confined to a non-root user account.

I said earlier that a user namespace maps users on the host into users in the container, and described a bit of how that process works for root in the container. But containers generally have users other than just root—meaning that Podman needs to map in extra UIDs to allow users one and above to exist in the container.

In other words, any user required by the container has to be mapped in. This issue caused the original error above because the image used a UID/GID that was not defined in its user namespace.

The newuidmap and newgidmap executables, usually provided by the shadow-utils or uidmap packages, are used to map these UIDs and GIDs into the container’s user namespace. These tools read the mappings defined in /etc/subuid and /etc/subgid and use them to create user namespaces in the container. These setuid binaries use added privileges to give our rootless containers access to extra UIDs and GIDs—something which we normally don’t have permission for. Every user running rootless Podman must have an entry in these files if they need to run containers with more than one UID. Each container uses all of the UIDs available by default, though the exact mappings can be adjusted with --uidmap and --gidmap.

A normal, non-root user in Linux usually only has access to their own user—one UID. Using the extra UIDs and GIDs in a rootless container lets you act as a different user, something that normally requires root privileges (or logging in as that other user with their password). The mapping executables newuidmap and newgidmap use their elevated privileges to grant us access to extra UIDs and GIDs according to the mappings configured in /etc/subuid and /etc/subgid without being root or having permission to log in as the users.

Every user running rootless Podman must have an entry in these files if they need to run containers with more than one UID inside them.

Changing the default number of IDs

Now, on to the issue of the default number of UIDs and GIDs available in a container: 65536. This number is not a hard limit, and can be adjusted up or down using the aforementioned /etc/subuid and /etc/subgid files.

For example, on my system:

This file is formatted as <username>:<start_uid>:<size>, where start_uid is the first UID or GID available to the user, and size is the number of UIDs/GIDs available (beginning from start_uid, and ending at start_uid + size - 1).

"Why choose 65536 for the default?" is a question for the maintainers of the Linux user creation tool, useradd, as the initial defaults are populated when a user is created, and not by Podman. However, I’ll hazard a guess that this setting is enough to keep most applications functioning without changes (very old Linux versions only had 16-bit UIDs/GIDs, and higher values are still somewhat uncommon).

Note: The /etc/subuid and /etc/subgid files are for adjusting users that already exist. Defaults for new users are adjusted elsewhere.

The 65536 default that new users receive is not hard-coded. However, This will not affect existing users. It is set in the /etc/login.defs file, with the SUB_UID_COUNT and SUB_GID_COUNT options. We’ve actually had discussions on moving the default lower, since it feels like most containers will probably function fine with a little over 1000 UIDs/GIDs, and any more after that are wasted.

The important thing is that this value represents a tract of UIDs/GIDs allocated on the host that are available for one specific user to run rootless containers. If I were to add another user to this system, they’d get another tract of UIDs, probably starting at 165536, again 65536 wide by default.

Root has permissions to change these limits, but normal users don't. Otherwise, I could change the mapping a bit to mheon:0:65536 and map the real root user on the system into my rootless containers, which can then easily be pivoted into system-wide root access.

As a general rule for security, avoid letting any system UIDs/GIDs (usually numbered under 1000), and ideally any UID/GID in use on the host system, into a container. This practice prevents users from having access to system files on the host when they create rootless containers.

We also want each user to have a unique range of UIDs/GIDs relative to other users—I could add a user alice to my /etc/subuid with the exact same mapping as my user (alice:100000:65536), but then Alice would have access to my rootless containers, and I to hers.

It’s possible to increase the size of your user’s allocation, as discussed earlier, but you need to follow these rules for security. I’ll list them again:

The last one is the primary reason that we don’t want to map in higher UID and GID allocations. We could potentially give one user a massive range, including everything from 100,000 up to UID_MAX, and make a little over 4.2 million UIDs available—but then there’d be none left for other users.

With Podman 1.5.0 and higher, we’ve added a new, experimental option (--storage-opt ignore_chown_errors) to squash all UIDs and GIDs down, thus running containers as a single user (the user that launched the container). This setting solves the article’s initial problem, but it does place a set of additional restrictions on the container—details on that are best left to a different article.

The UID and GID restrictions placed on rootless containers can be inconvenient, but you’ll rarely run into them. Most images and containers use far fewer than the 65536 UIDs and GIDs available. These limitations are some of the tradeoffs of rootless containers, where we sacrifice some convenience and usability for major improvements in security. 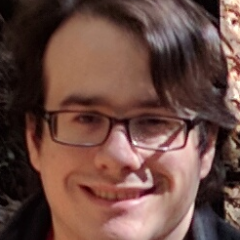