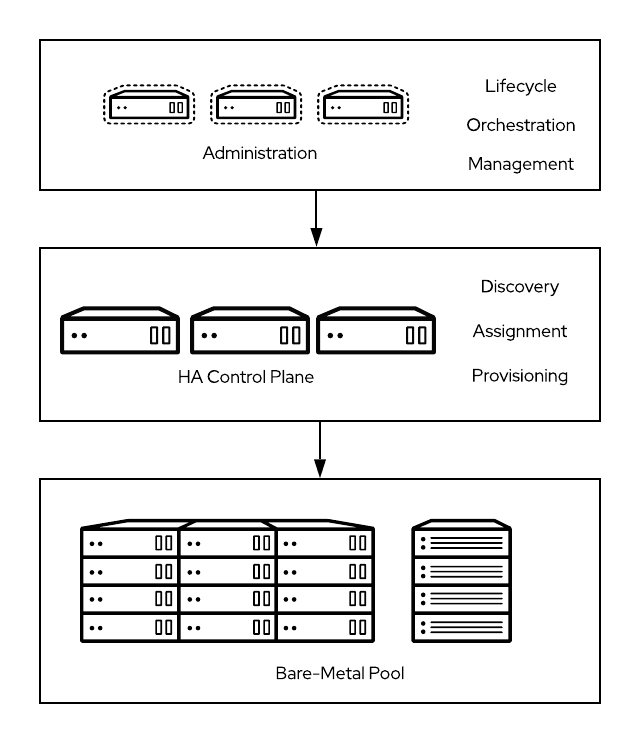 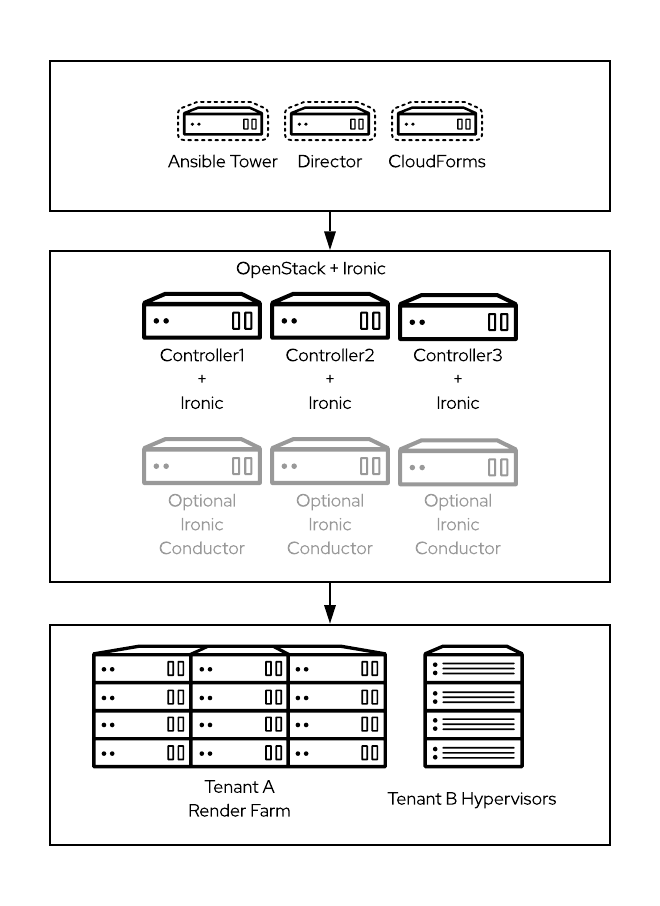 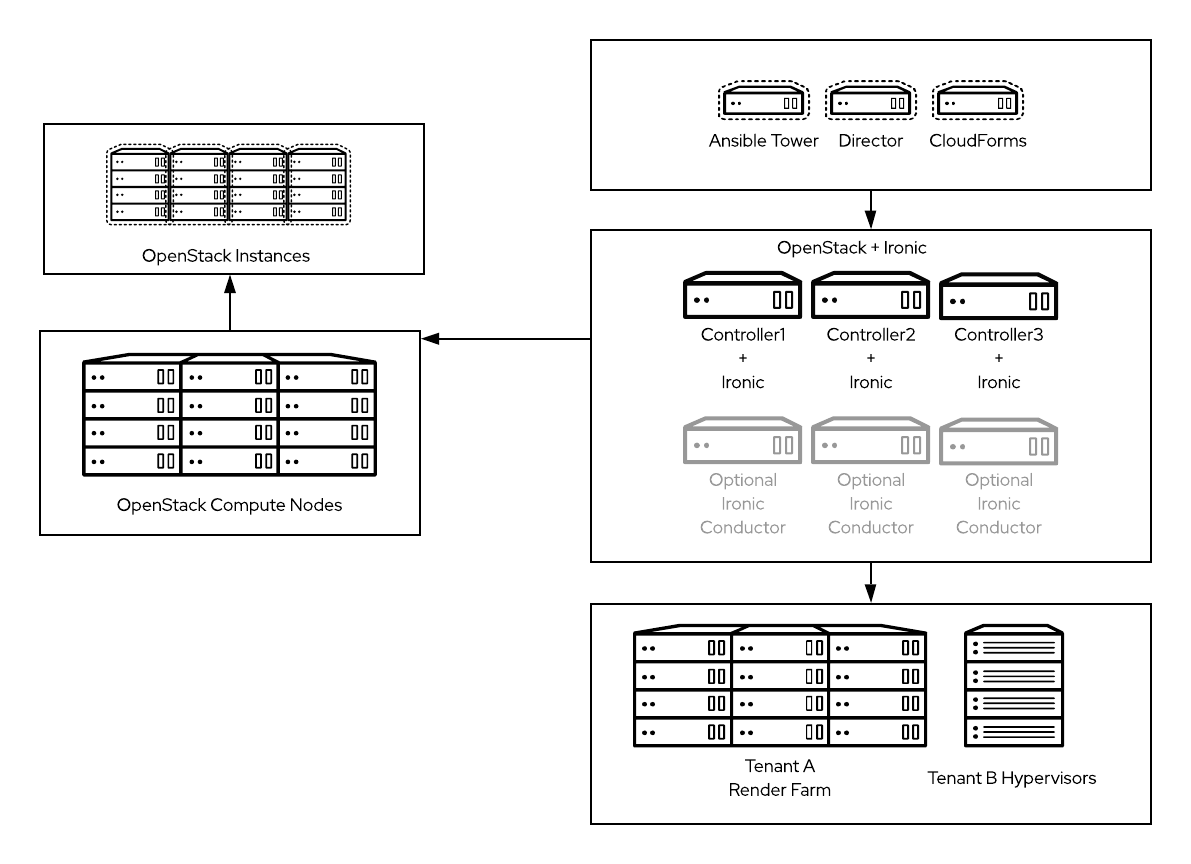 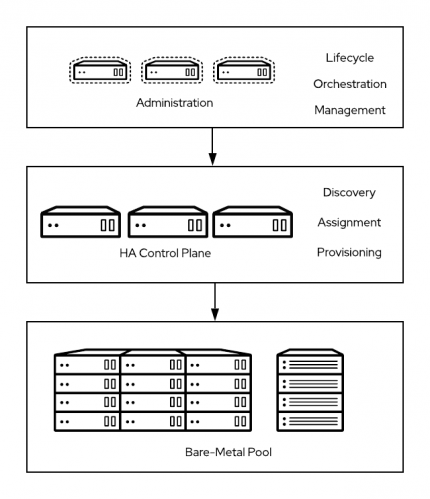 Using a “zero-touch provisioning” process, we would be able to automate all of this to the point where the only thing needed would be to power on the nodes. In order to deliver such a solution, the up-front configuration would require:

** The above architecture could use director as the “zero touch provisioning” node, however, it’s not recommended due to lack of HA and scaling capabilities.