It would also be possible to add additional “matchers” to this variable in Satellite to allow the motd file contents to be defined based on other criteria within Satellite. For example, we could override the variable to have different contents based on which lifecycle environment the host is in. This means we could configure the variable to have one value for Development servers, and another value for Production servers. The end result of this is the ability to define different motd file contents based on the lifecycle environment or other criteria that is specified within Satellite.

On the edit variable screen, we will check the box for Override, uncheck the box for Hidden Value, verify the Parameter Type is set to array, and change the Default Value to [“This is my custom MOTD message.”, “This file is managed by Ansible/Satellite”] This overrides the array and defines two items within the array.

A matcher is set at the Ansible variable level in Satellite, and is similar to an “if” statement in programming. We can specify criteria such as “if the host is in domain example.com”, then set the value of the variable to some value. We could add another matcher for another domain, and in that case set the variable to be a different value. When the Ansible role is run on each host, the first matcher that is true will determine the value that will be set for the variable on that host.

In this example, we added the domain variable to the Order list, which makes it available as a matcher, and add a matcher for it for the example.com domain that will set the motd_array variable to have the value of [“You are accessing {{ ansible_fqdn }}”, “Authorized use only”, “Access may be monitored”] . Since this is an array variable, we can set the value like this to contain multiple array items (in this case, 3 array items, each of which will show up as a line in the motd file). 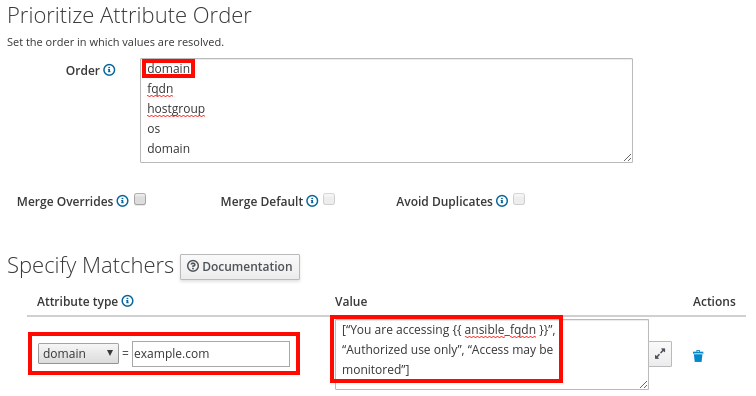 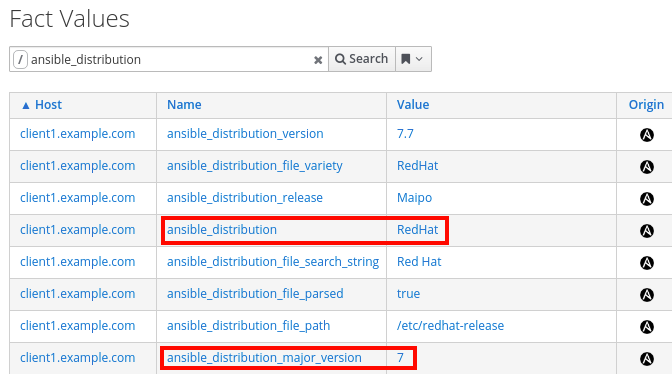 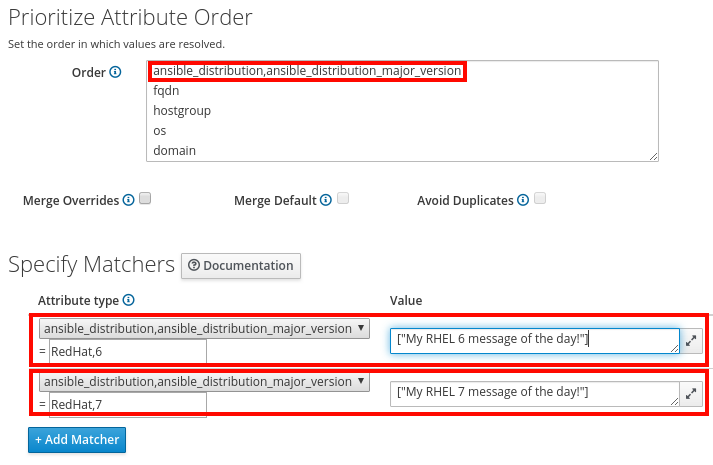 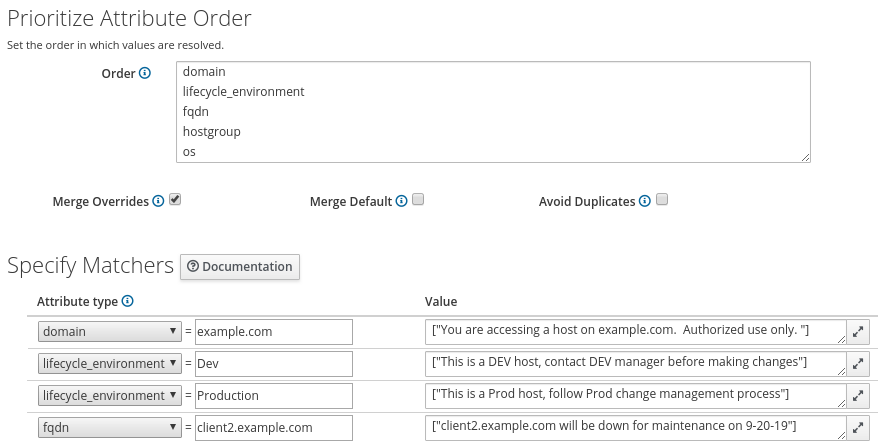 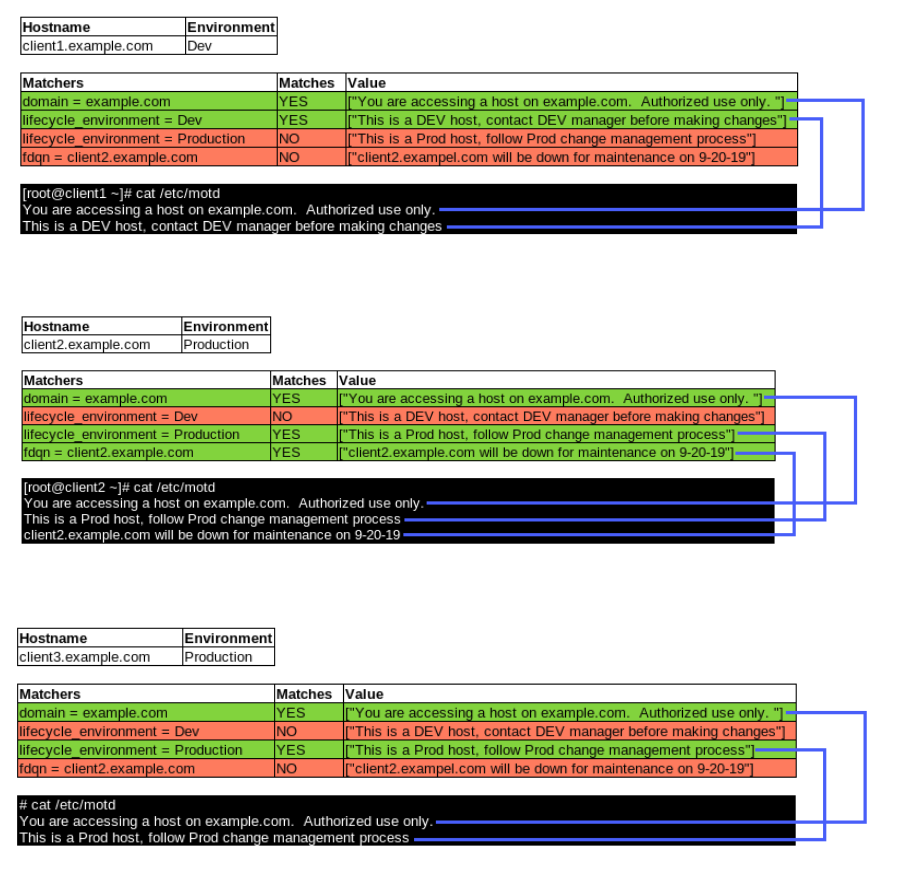