The preferred method for making changes to cgroup settings is the use of the “systemctl set-property” command. This makes the relevant changes to the virtual file system as well as making changes persistent via the creation of drop-in files.

If you are using systemctl set-property to modify cgroup settings, a drop-in file will be automatically created in /etc/systemd/system.control/slicename.slice.d/. If you’ve used drop-in files in the past, you will recognize immediately that this is “the wrong place!” Well, not necessarily wrong, but different as drop-ins for RHEL 7 would land in /etc/systemd/system/slicename.d/

Looks like we won our game of “guess the PID” on the first try. Let’s talk about what we’re actually seeing here.

With systemd, every user gets a slice named user-[UID].slice. However this is not where the actual processes “live” in the cgroup tree. Rather, each session spawns a scope sub-unit. (In this case, session-7.scope.) 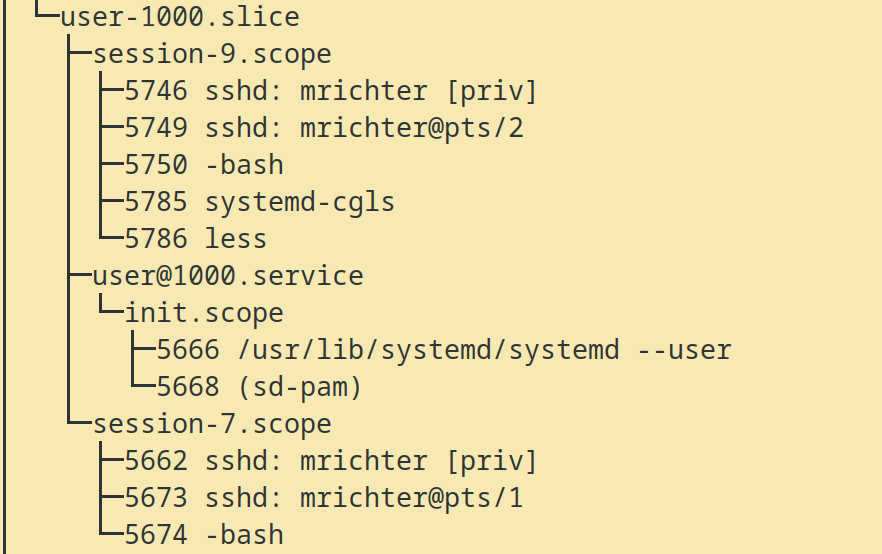 Oh yeah. Let’s talk about the concept of “allowed” versus “effective”. Remember, a child cgroup inherits settings from the parent above. Perhaps you’re running on an 8 core system. You would expect that a cgroup would have processors 0-7 available. It’s possible that a parent cgroup might have a more restrictive setting, so the “effective” interface file for the child shows the actual value. You’ll also see situations where a cgroup doesn’t have the setting explicitly set, but the “effective” file shows what the reality is. In the following example, the user slice doesn’t have cpuset.cpus set, so it inherits the global parent setting:

Now let’s talk about the star of the show, AllowedCPUs. Processes in a cgroup will only be scheduled on a CPU that is part of the list. The most common use case for this would be “I have a latency sensitive application. It’s important to make sure that this application has plenty of processing power and is not starved by other applications that may also need CPU cycles.” For example, many financial trading systems are super time sensitive. Failing to execute a transaction in time can result in a real world loss of money and angry customers.

Anyway, the application that Elsa will be running is good old “foo,” which is really a Bash script that pumps numbers endlessly from /dev/zero to sha1sum. It’s great for generating processor load. But let’s pretend it’s actually performing critical functions to predict regional snow storms to feed to multiple clients. Delays in processing will cause a cascade effect of nasty failures, probably leading to the land being covered in endless ice. 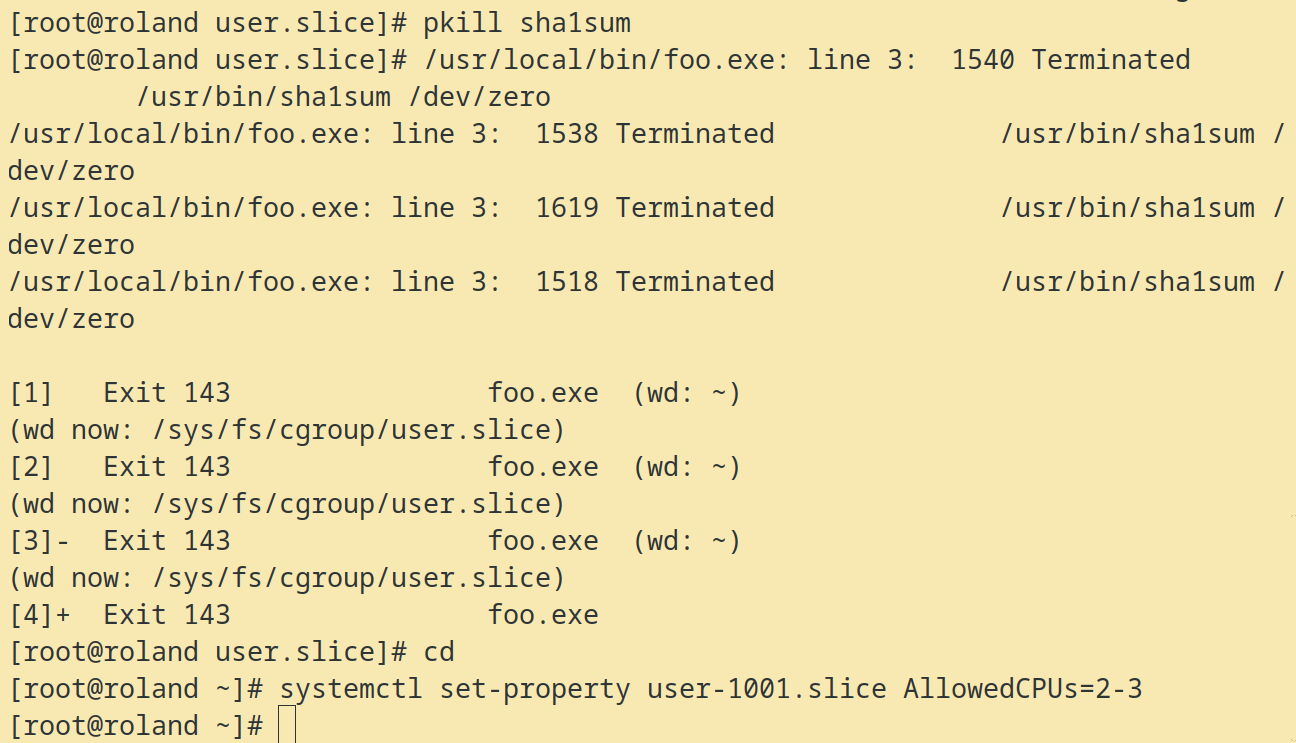 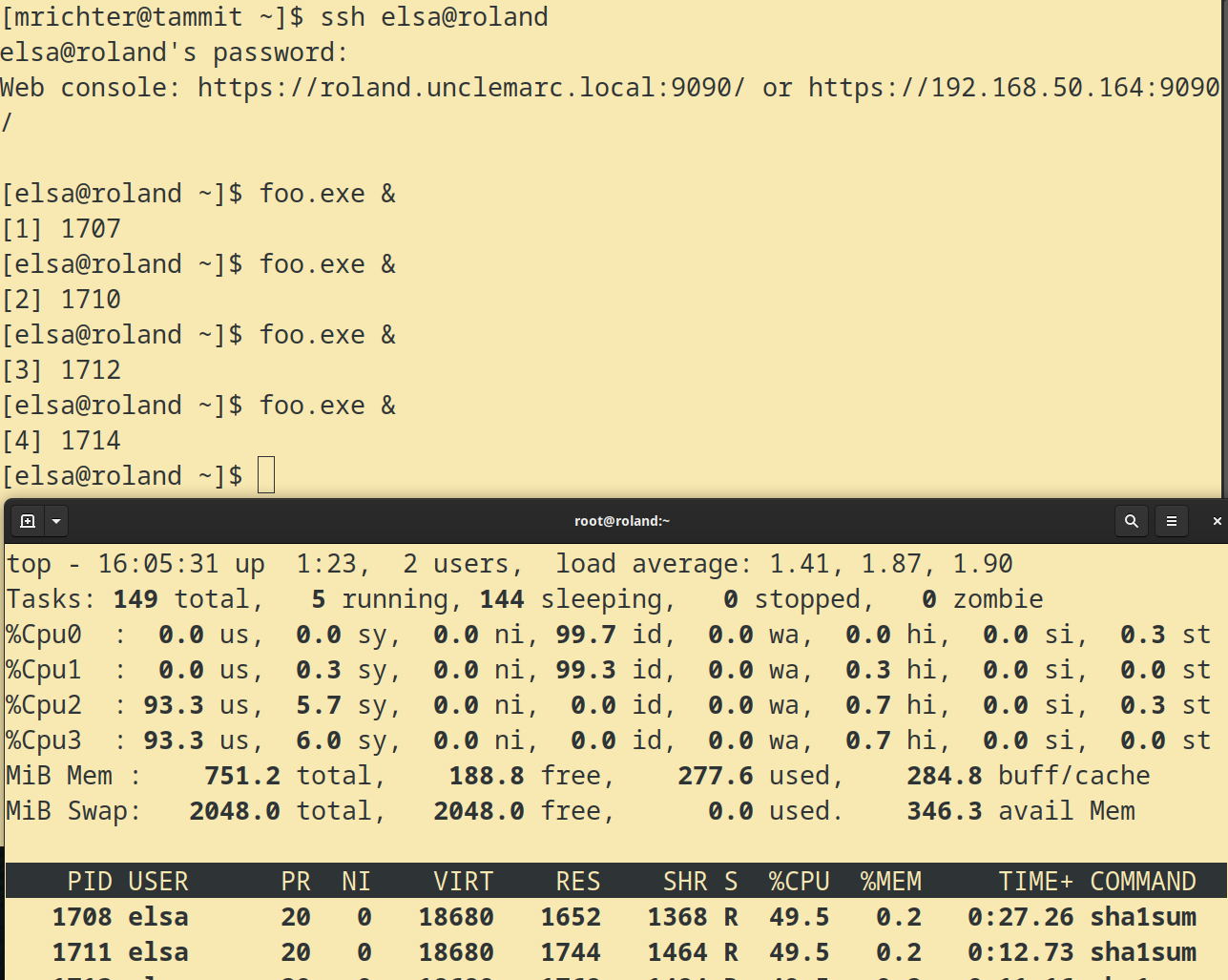 Another way to check the processor that the process is on is with the ps -eo pid,psr,user,cmd command. You’ll get four columns: the PID, CPU number it’s running on, the user and the actual process. Here’s an example with two instances of “foo” running.