A lack of automation and standardization frequently contributes to issues with patching and security, while shadow IT often arises from a lack of services or a poor rate of service. Additionally, the complexity of the environment coupled with the previous issues can lead to “survival mode.” “Survival mode can then feed back into inability to innovate and the negative cycle can begin anew.

To help break out of this circle, it’s not so much a case of “more tools” as it is “different tools.” More specifically, modern tools. 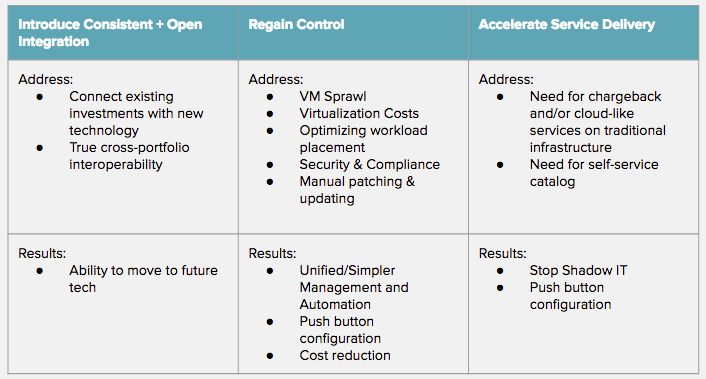 These are all steps that provide a “Path to Modern Virtualization” in order to help integrate, control, and accelerate. A means to help step out of the negative cycle of “Can’t Innovate”, “Outside Resources”, and “Just Surviving”.