With the exclusion of the sos package, which provides the sosreport application, naturally we ask ourselves, “How do we generate a sosreport in RHCOS?” Thankfully, Red Hat provides two options to generate a sosreport from a RHCOS host. The first, which is the preferred method, is to debug the node using the oc debug command and the second is to connect to the host via SSH. 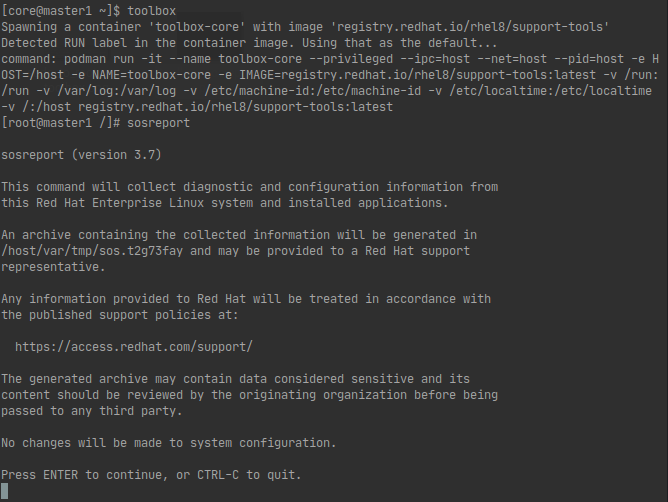