In this implementation, we are defining “region” as a centralized place from where an administrator would like to monitor and maintain their edge sites. In other words, the “region” is a place where our Red Hat Virtualization Manager lives. This could be at the central office, or at a regional data center.

This will allow for HA/live migration within the edge site. Configuring external storage at the edge site is out of scope in this discussion. This screenshot shows the storage type as “shared” which is allocated to the region. Note it is marked as “Default."

The next screenshot demonstrates storage used at an edge site. It is marked as “east-data-center” and storage type is marked as “Local."

For high availability purposes we recommend having two physical hosts and shared storage, but this demonstrates you can work with a single host. Hosted engine is in the form of a virtual machine running on host “rhv-central.example.com” and is attached to the data center named “Default.”

By default, one logical network is defined during the installation of the Red Hat Virtualization Manager i.e. the ovirtmgmt management network. This screenshot shows the ovirtmgmt network running via “Default” Data Center which is “region” in our case. 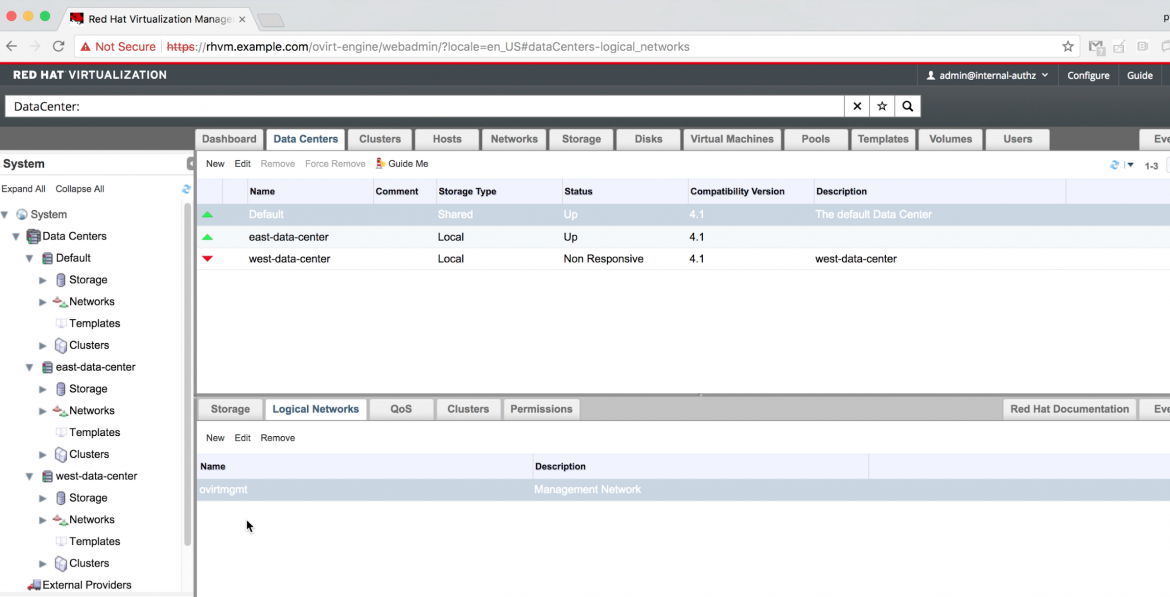 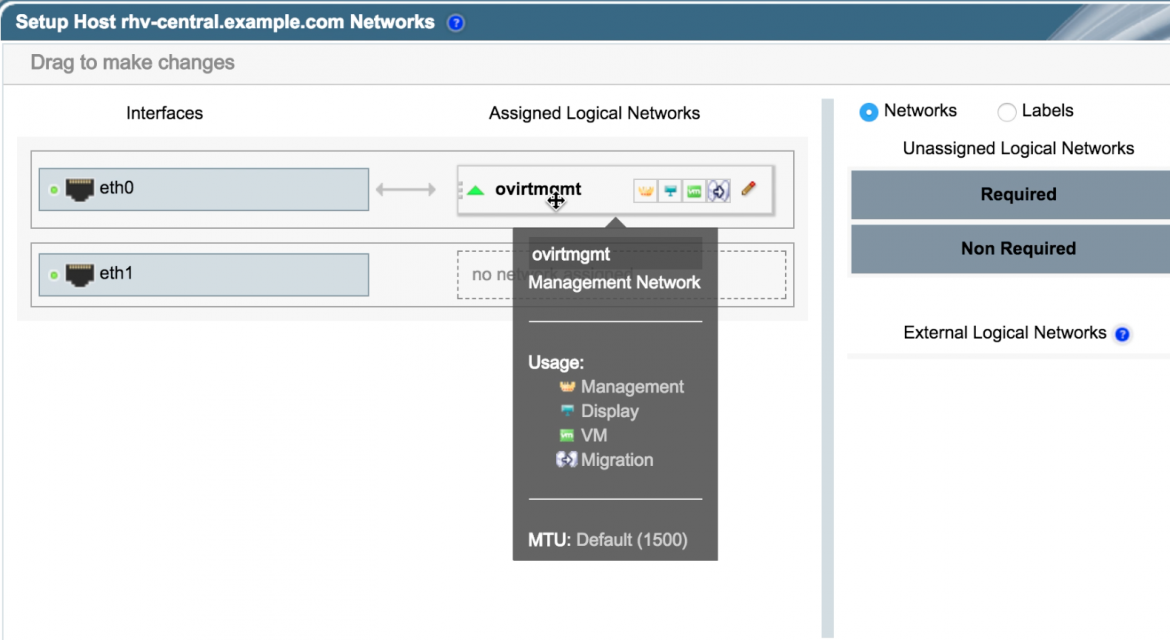 This screenshot captures the logical network and ovirtmgmt network flowing through the data center “east-data-center.” 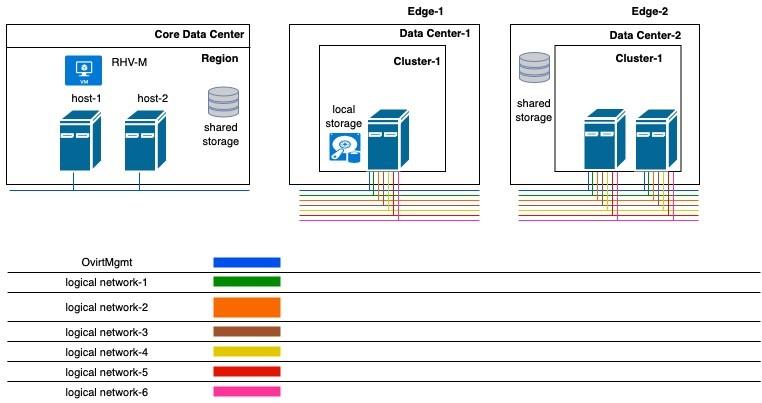 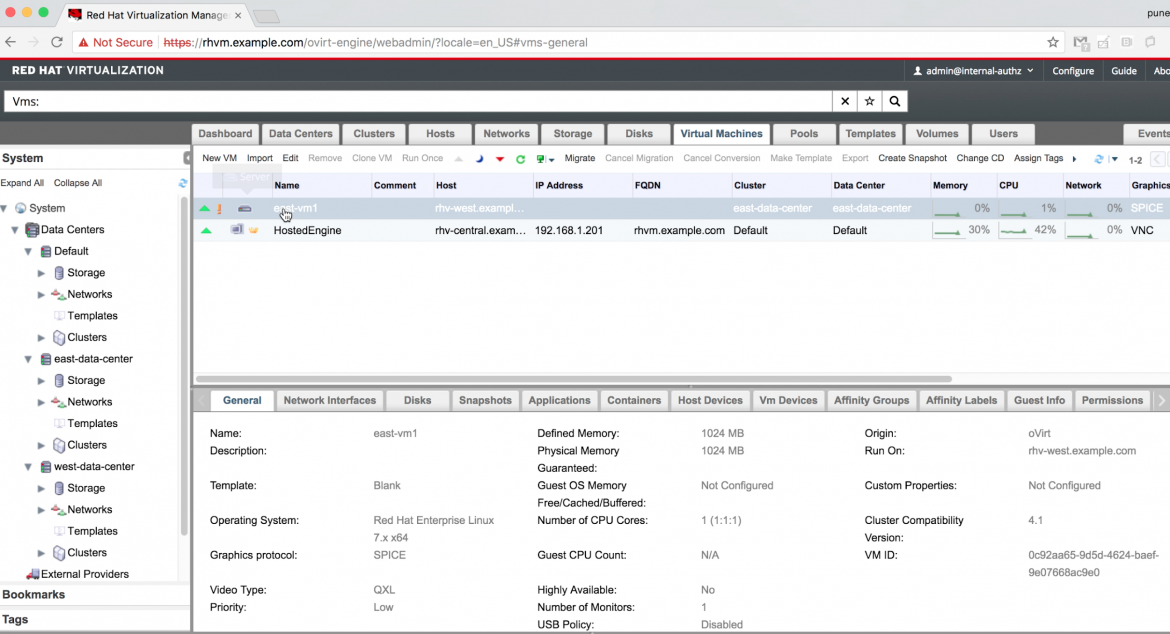 This is how the VM will attach to the logical network “east-traffic1.” Also look at the volume attached to this VM.