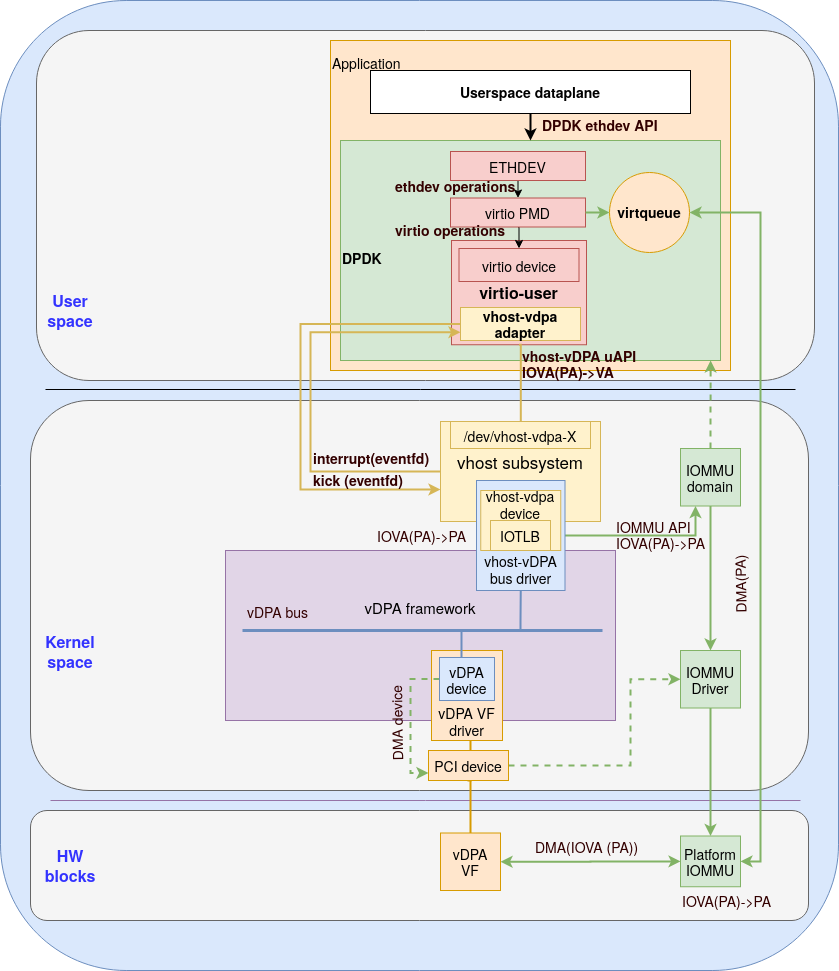 The “application” box in the diagram can represent both a container or an application running on bare metal.

A new adapter using the vhost-vDPA device will be introduced for the virtio-user (see the “vhost-vdpa adapter” yellow box inside the “virito-user” pink box). Userspace dataplane will see the ethernet device (ETHDEV) and use DPDK ethernet API to send and receive packets (marked as “DPDK ethdev API” in the diagram). DPDK will convert the ethernet API to internal ethdev operations implemented by the virtio PMD (poll mode driver) which will populate virtqueues directly. 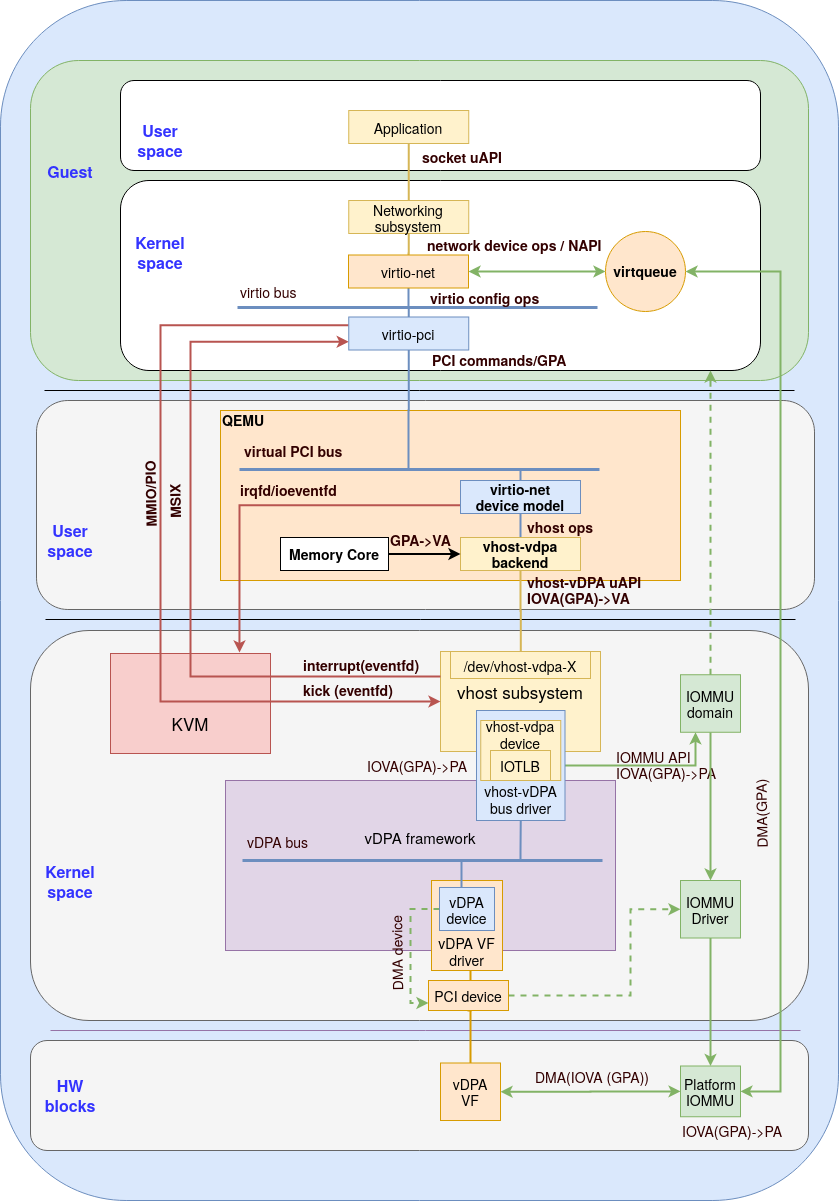 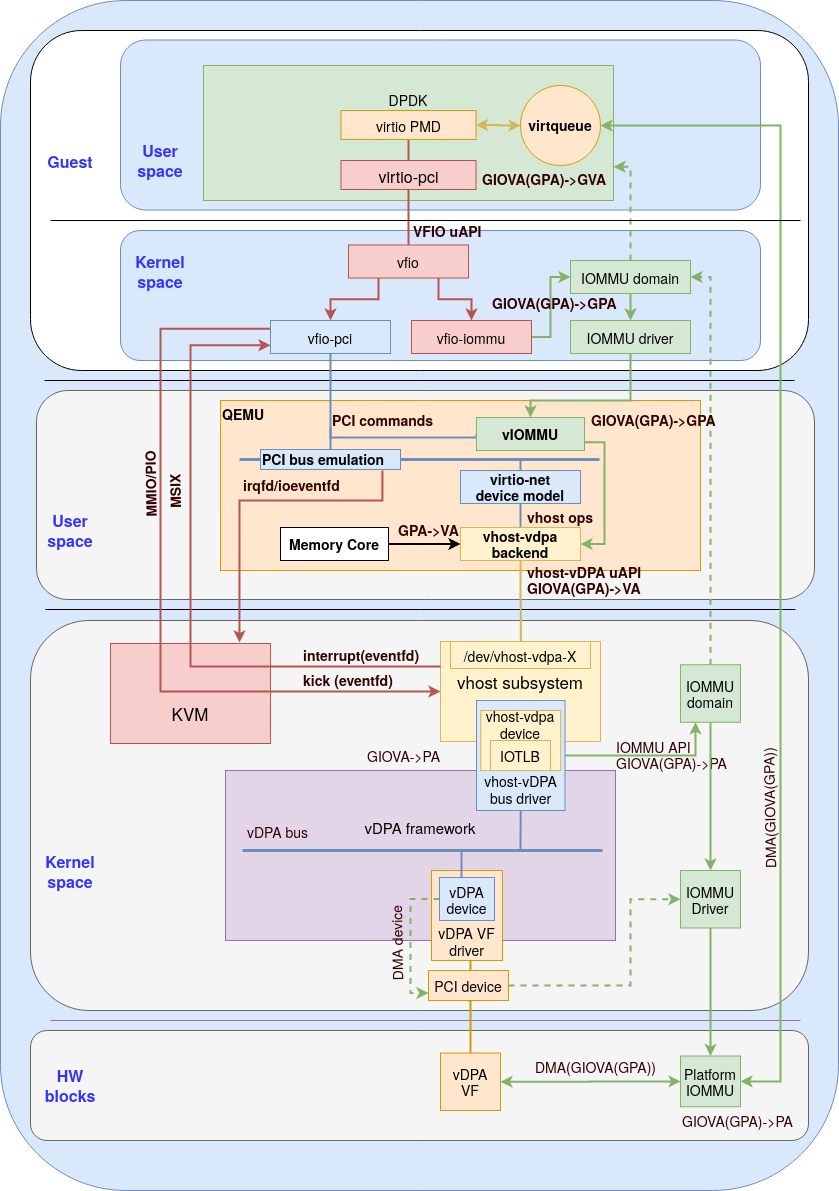 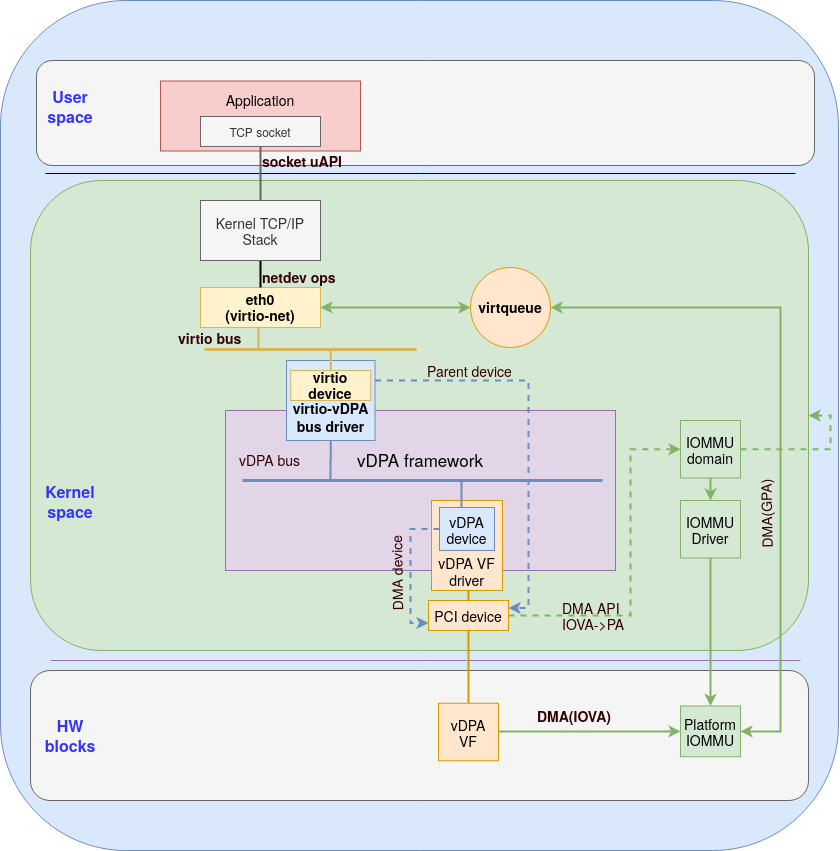