As part of digital transformation, and in anticipation of the 5G evolution, service providers have found it necessary to redesign portions of the network’s layers and components, using cloudification and containerization.

This approach enables the introduction of new technologies and operation modes to the network — such as microservices, automation, artificial intelligence/machine learning (AI/ML), horizontal, open architectures, and more. However, the delivery of new and expanded capability to customers needs to be integrated with legacy systems, and with a perspective of looking forward.

Apps that provide demonstrated value to existing and future technology investments rely on application programming interfaces (APIs), which enable a standard method for platform-wide integration, without having to rebuild it every time something new is introduced. Even with the use of API standards, implementing and managing API integrations can be challenging, even when used in open architecture deployments.

The role of open architectures — benefits and considerations

The objective of open architectures is to enable multiple vendors to coexist within one network, from the data center to the edge, enabling service providers to establish an ecosystem for APIs on top of their 5G network. This facilitates data aggregation from modern sources, such as IoT devices, connected cars, radio access networks (RAN), private networks, consumers, MEC, etc.

However, using an open architecture can lead to management and supervision complexity as each vendor may retain its own set of management tools, which can even differ between products and versions. Due to this potential for limitless combinations, the industry sees the need for an end-to-end API management solution at scale consisting of distinct components, including a gateway to handle the API data streams and a manager to authenticate, authorize, manage, monitor and even monetize the API calls and endpoints over the network, all with greater security functionality.

Prior to 5G implementation, there wasn’t an existing standard API gateway in the telco network which could be used by third-party applications or external functions, leaving the operator to process each API separately.

As part of 5G Service Based Architecture (SBA), 3GPP defines an HTTP-based API bus (SBI- Service Based Interface), for application functions (AF) API communications, the location where multifunction and multivendor APIs coexist. It also specifies a Network Exposure Function (NEF), serving the purpose of exposing some of the APIs back to the network.

The NEF’s role is to securely expose the AF’s network services and capabilities using HTTP API towards the network (application function northbound interface), to be utilized by third-party applications and developers. NEF exposes such functionalities as monitoring capability, provisioning capability, application influence, or Policy/Charging capability.

However, the NEF requirement is specified in terms of the APIs it exposes (3GPP TS 23.502 4.15.2), providing a predefined set of APIs exposed to external functions.

CAPIF is divided into main three types of operations:

The CAPIF core function consists of the following capabilities:

The API invoker is typically provided by an application provider, and it can reside within or outside of a trust domain.

It supports the following capabilities:

The communication point of the service API and the API invoker consists of the following capabilities associated with authentication and validation (based on identity data from the CAPIF core function) : 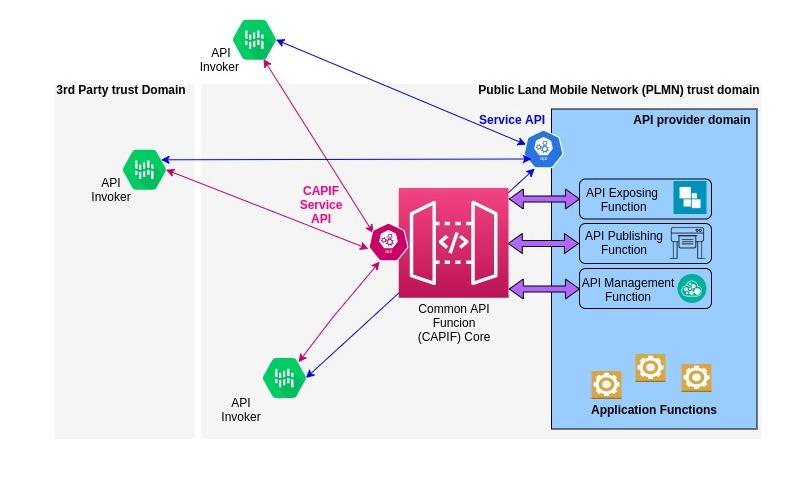 A high-level basic architecture of CAPIF

There can be multiple co-located CAPIF core functions and API provider domains within one network trust domain. 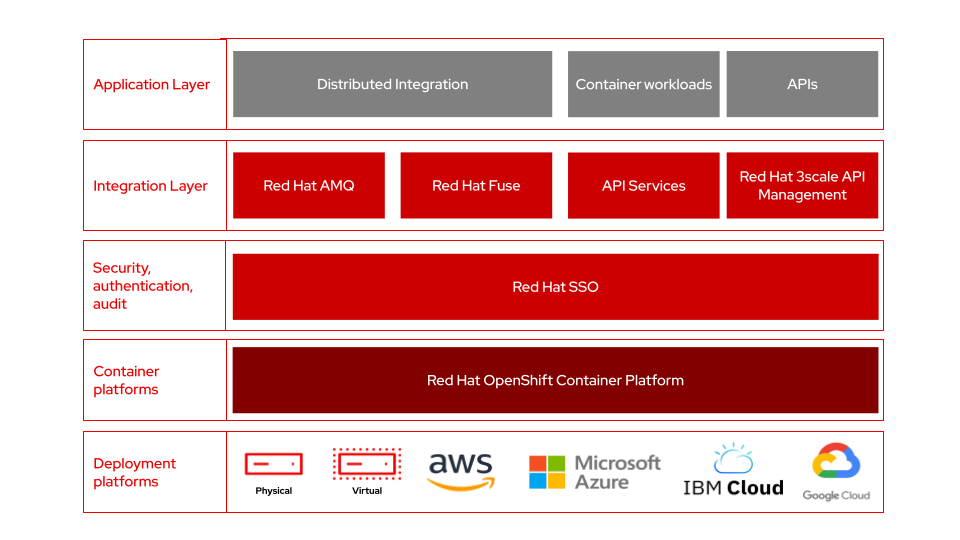 3scale can be installed on Red Hat OpenShift as an operator, or by using a YAML template.

It can run on podman, docker, on-prem, or on public clouds (managed / non-managed service).

As a modular solution, 3scale provides a high level of freedom to customers to decide which underlying components to use (databases, ActiveDocs, branded developer portals and more). 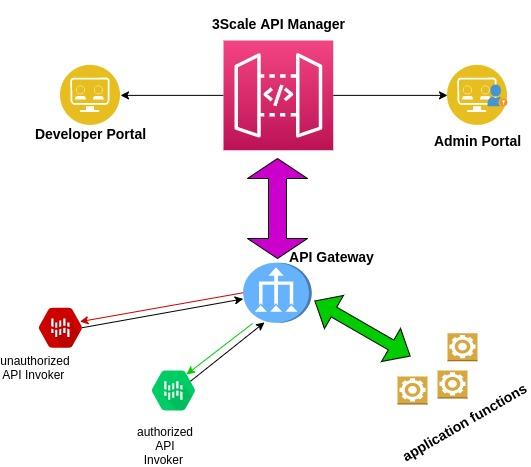 The API manager uses several databases in order to store and manage API requests and data:

API gateway — basically an NGINX web server, responsible for enforcing the API policies that are defined in the API manager. It consults the API Manager on incoming calls and enforces the policies, either returning an error or proxying the API call to the customer’s API backend.

In order to achieve a 5G ecosystem for APIs using CAPIF, adding new functionalities and revenue streams using 5G networks, API management solutions should be embedded into the 5G architecture, or at least have well-defined interfaces with the current architecture.

Currently, we don’t yet see movement in the market from using only NEF to an API-rich ecosystem using CAPIF, and this transition will require API management product vendors to partner with 5G solution vendors, including feature and performance integrations and adjustments.

As described, Red Hat provides API Management by 3scale, on top of Red Hat OpenShift or on a stand-alone basis.

Additionally, we invite 5G vendors to collaborate with Red Hat via the Red Hat Telco ecosystem.

Aviv Guetta, based in Israel, is a Chief Technologist in Red Hat’s Global Telco sector. He has extensive experience in the IT and telco industries, including strategy work, business planning, cross-functional team building and architecture efforts supporting open source development and management. His expertise in telco cloud computing and its ecosystem extends to customers and partners, particularly within hardware and software architectures and open source topics, extending Red Hat’s cultural philosophy, which facilitates collaboration among team members and innovation for our customers.

Even with the use of API standards, implementing and managing API integrations can be challenging, even when used in open architecture deployments.