Automation can help increase efficiency, save time, and improve consistency, which is why Red Hat Enterprise Linux (RHEL) includes features that help automate many tasks. The RHEL System Roles is a collection of Ansible content that helps provide consistent workflows and streamline the execution of many manual tasks.

RHEL includes a web-based graphical interface for managing and monitoring systems, named the web console (which is based on the upstream Cockpit project). The web console can be used to complete a wide variety of tasks, such as managing storage, users, and the firewall, monitoring performance metrics, reviewing log files, installing system updates, and many other tasks. For more information on the web console, see the Managing systems using the RHEL 8 web console documentation.

With RHEL 9.0 and 8.6 Red Hat is introducing a new cockpit RHEL System Role for automating the management and implementation of the web console. This role can automate tasks such as installing Cockpit related packages, configuring settings within cockpit.conf, starting/enabling the cockpit.socket systemd unit, and optionally configuring a TLS certificate for the web console to use.

In this article, I’ll show you how to use the cockpit and certificate roles to automate the deployment of the web console, with certificates issued from IdM.

What is the difference between the web console and Cockpit?

Throughout this blog post, and also in the RHEL documentation, you’ll see references to both web console and Cockpit. Web console is the name of the functionality within RHEL, which is based on the upstream Cockpit project. In RHEL the RPM packages start with the cockpit name, and the systemd socket is named cockpit.socket. In addition, the new RHEL System Role is named cockpit. 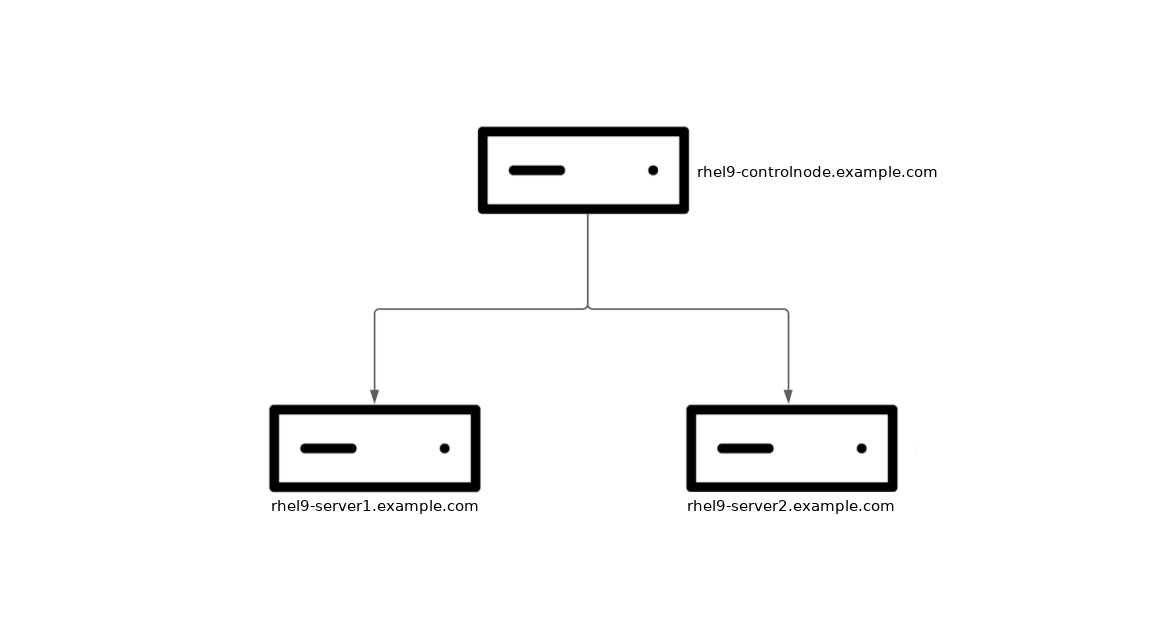 If you would like to implement certificates with a combination of the certificate and cockpit roles, as I will in this blog post, Cockpit version 257 or later is required. RHEL 9 Beta currently includes a version of Cockpit that meets this requirement, and the upcoming RHEL 8.6 release will as well.

In summary, the procedure using the certificate and cockpit roles outlined in this blog is planned to be compatible with the upcoming RHEL 9.0 and 8.6 releases, however it will not be compatible with RHEL 8.5 or below or RHEL 7 systems.

I’ll be using a combination of the certificate, cockpit, and firewall roles in this scenario, so I’ll cover an introduction to each of these roles.

For more information on the certificate role, refer to the Requesting certificates using RHEL System Roles or the role README.md file which is available at /usr/share/doc/rhel-system-roles/certificate/README.md

I’ll be placing all of my role variables into my Ansible inventory file. To issue new certificates for web console from my IdM environment for each of my managed nodes, I’ll define the certificate_requests variable as follows:

Finally, I’ll specify that the certificate should be issued from IdM by setting ca to ipa (FreeIPA is the upstream project that IdM is based on). If I would like to have a self-signed certificate issued, I could set ca to self-signed.

The cockpit RHEL System Role provides the ability to automate the installation and configuration of the web console across RHEL environments.

For more information on the cockpit system role, refer to the role README.md file at /usr/share/doc/rhel-system-roles/cockpit/README.md

To achieve my desired web console configuration, I’ll be using the following cockpit role variables in my inventory file:

The cockpit_packages variable lists the three Cockpit packages that I would like to be installed. The cockpit_config variable specifies the configuration options I would like set in /etc/cockpit/cockpit.conf, which has an INI style syntax. I specify that under the Session section, the IdleTimeout option should be set to 15 minutes, and the Banner option should be set to display the contents of the /etc/issue file (which already exists on my managed nodes and contains my desired login banner).

The firewall RHEL System Role provides the ability to automate the configuration of the firewall. In my scenario, I’ll simply use it to open the cockpit service, but the firewall role also provides functionality to manage zones, implement rich rules, configure port forwarding, enable masquerading, etc.

For more information on the firewall system role, refer to the README.md file at /usr/share/doc/rhel-system-roles/firewall/README.md

In my environment, I simply need to ensure the cockpit service is open in the firewall on my managed nodes, so I’ll use the following in my inventory file:

At this point I’ll create my inventory file, named inventory.yml. In this file, I’ll list my managed nodes and define the previously covered role variables for the certificate, cockpit and firewall system roles.

Under the all group, I define my two managed nodes under the hosts section. Under the vars section, I define all of the role variables previously discussed that will be needed to implement my desired configuration.

The next step is creating the playbook file, which I’ll name cockpit.yml, with this information:

I specify that the cockpit.yml playbook should be run, that it should escalate to root (the -b flag), and that the inventory.yml file should be used as my Ansible inventory (the -i flag).

To validate the configuration, I’ll start by attempting to connect to the web console on the rhel9-server1.example.com server on port 9090. If I do this from a web browser that trusts my IdM certificate authorities certificate, I should be able to establish a connection without any warnings regarding the TLS certificates: 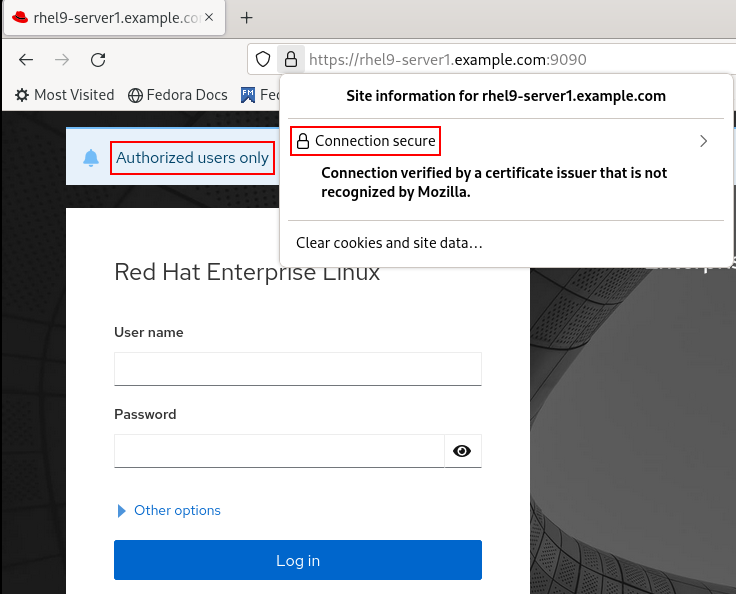 I am able to successfully connect without any TLS warnings. I can also validate that the contents of the /etc/issue file are shown (Authorized users only).

Once I log in to the web console, I’ll go to Applications in the menu on the left to validate that my list of desired Cockpit packages was installed: 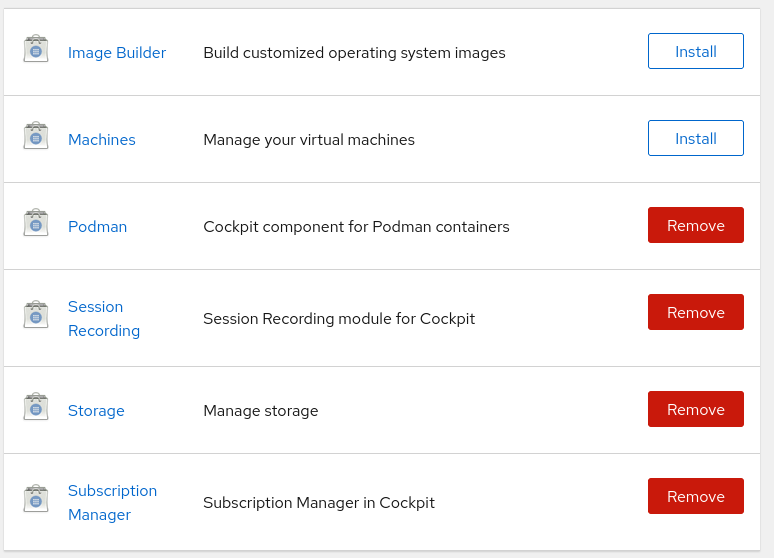 To validate the 15 minute timeout, I can leave my session idle for more than 15 minutes and validate that I am automatically logged out due to inactivity, as shown: 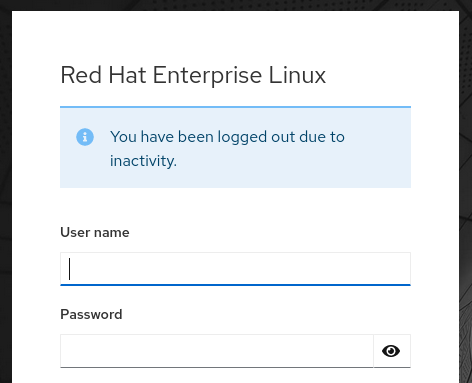 The certificate, cockpit and firewall RHEL System Roles can help you quickly and consistently implement the web console across your RHEL environment, utilizing certificates issued from Red Hat Identity Management.

With RHEL 9.0 and 8.6 Red Hat is introducing a new cockpit RHEL System Role for automating the management and implementation of the web console.