The beauty of open source software is that anyone can download the code and then install, configure and use it. The challenge is doing so in a production environment at scale. That's what communications service providers (CSPs) face as they build out platforms at scale to operate cloud environments that serve millions of users. These cloud platforms include compute, networking and storage hardware as well as software to automate, manage, monitor and secure the platform.

While a CSP can download the many open-source software projects required to build out a platform, the provider also has to:

Accomplishing all this requires an investment in the upstream open source community and a solid team consisting of highly skilled administrators, developers and project managers.

At the November 2017 OpenStack Summit in Sydney, a panel titled "I pity the fool that builds his own cloud! –Overcoming challenges of OpenStack based telco clouds" featured cloud architects and engineers from Ericsson, AT&T, NTT and SKT who described the challenges their organizations faced while building OpenStack clouds themselves. Some highlights from the panel:

Rather than go it alone, CSPs can and should lean on their OpenStack technology partners when they can. For example, when deploying network functions virtualization (NFV) from Red Hat (see below), you get a tested, integrated and supported NFV infrastructure (NFVi) solution of: 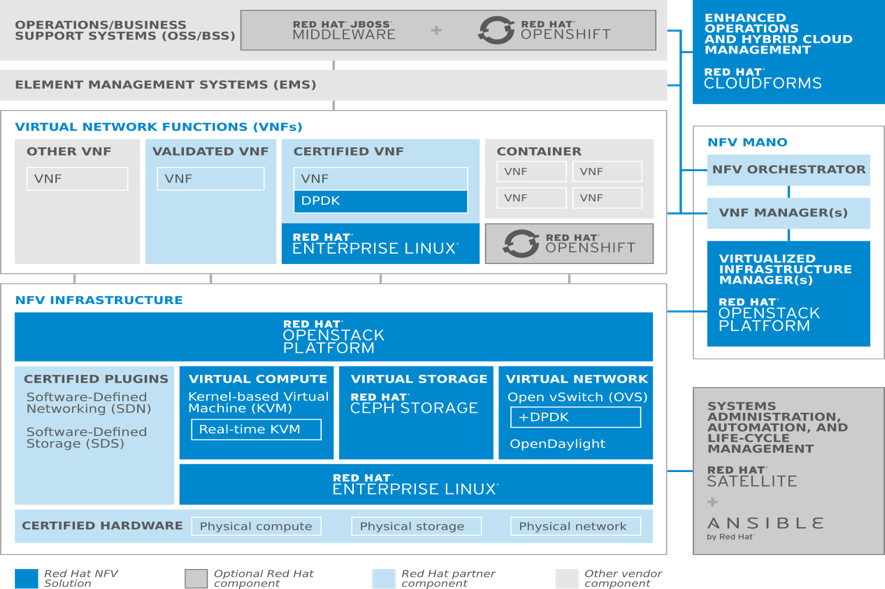 Red Hat engineers possess skills for Linux, KVM virtualization, Ceph storage, networking, Ansible automation, containers, and more. They are able to troubleshoot issues in a deployment, and are equipped to duplicate an environment and debug across all projects and components. And Red Hat can solve problems across the entire stack, such as the example below from our knowledge base. Compare the following to a community response: "... it works in devstack. It must be your environment."

Red Hat can provide this support because of the process it uses to create production-ready software:

Also, Red Hat does not work alone. We have a large and rich partner ecosystem to provide open and tested solutions. And, we offer a customer portal that clients can use to self-serve many of their requests. It's a well-used tool; one customer accessed the portal for 3,126 pages of documentation, had 299 discussions, tapped into the knowledge base 5,778 times and reviewed 163 product pages in just three months!

Production environments also have to be more secure. Below is a snapshot of security vulnerabilities and advisories resolved by Red Hat in 2016 across Linux, OpenStack, storage and middleware. 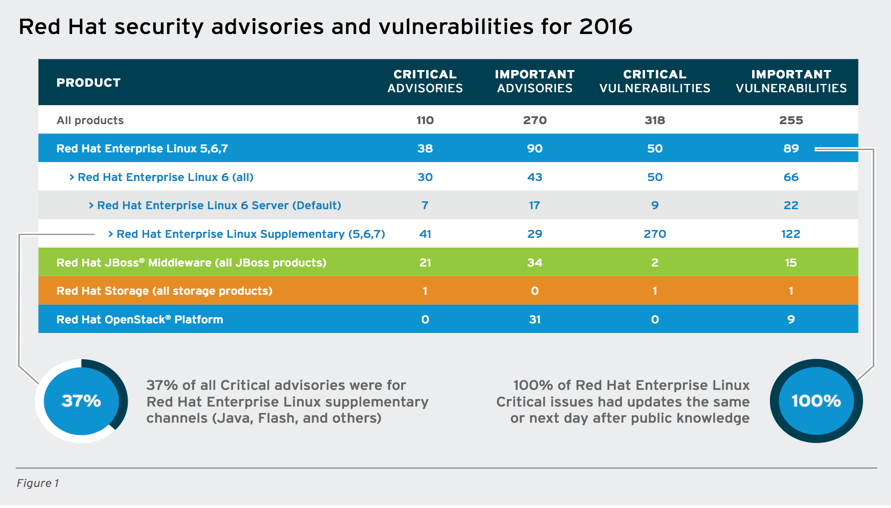 Red Hat also represents customers in the OpenStack communities in order to get their features into the upstream (as documented in this process). Below is an example of RFEs requested by a customer, which Red Hat will strive to fulfill first in the upstream community and then test and validate in Red Hat OpenShift Container Platform. 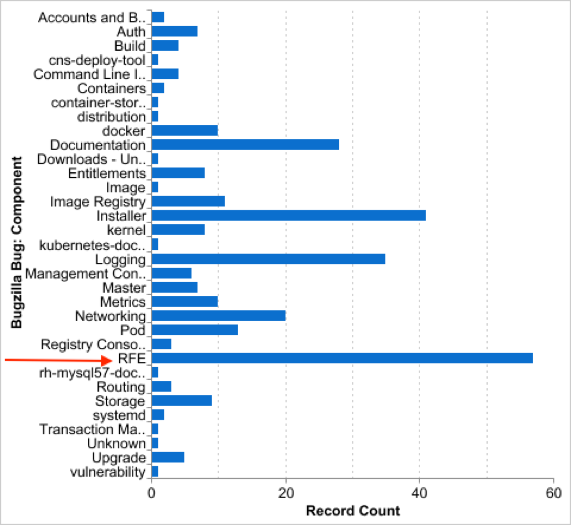 In summary, the option of trying to build a cloud yourself entails hiring hard-to-find engineers, relying on the community for support with no SLA and no ability to replicate your environment, no lifecycle support and no representative in the community to get your feature requests included. The better alternative: Use the Red Hat integrated and tested solution backed by our nearly 25 years of open source experience to troubleshoot problems across the stack and our certified partner ecosystem.