Login to cockpit either as the root user, or you can login with another user with sudo privileges, and check the box on the login screen to “Reuse my password for privileged tasks”.

From here, several options can be configured such as a warning message to display to users to let them know their session is being recorded.   I’ll stick to the defaults, and scroll down to the SSSD Configuration section. From here, I’ll set the “Scope” to “All”, and click the Save button.  This will configure session recording for all SSSD users. 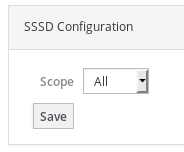 Back from the web console interface, if I go back to the “Session Recording” menu option, I can see the sessions that have been recorded, including: the user name, the start and end times, and the duration of the recording: 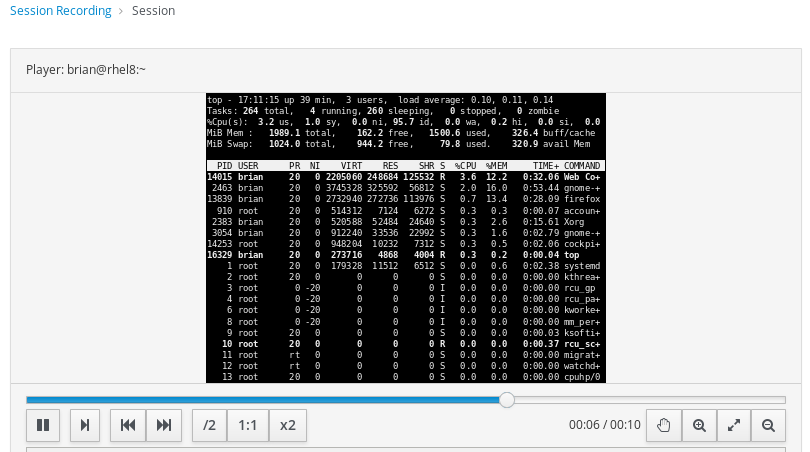