SELinux is central to our support of container separation as well as Multi-Level Security (MLS).  In containers we use SELinux to help prevent container attacks against the host file system. The standard Linux security model contains several security issues, like allowing the superuser “root” to bypass all security checks, possibility of using setuid bit to allow users to run an executable file with the permissions of the executable file owner, etc. 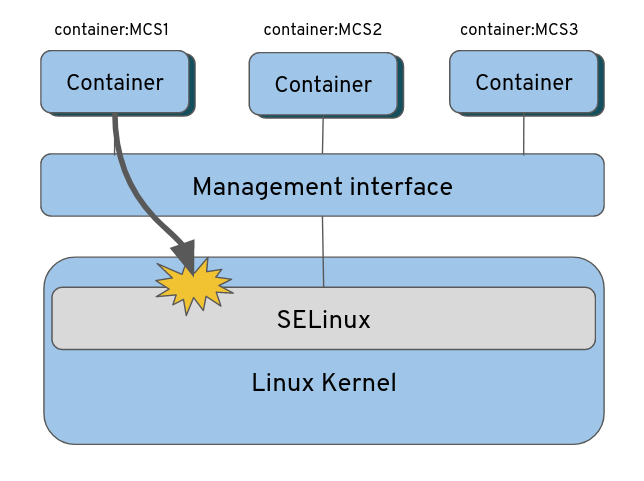