Prior to the introduction of CRI, Kubernetes was tied to specific container runtimes through “an internal and volatile interface.” This incurred a significant maintenance overhead for the upstream Kubernetes community as well as vendors building solutions on top of the orchestration platform. 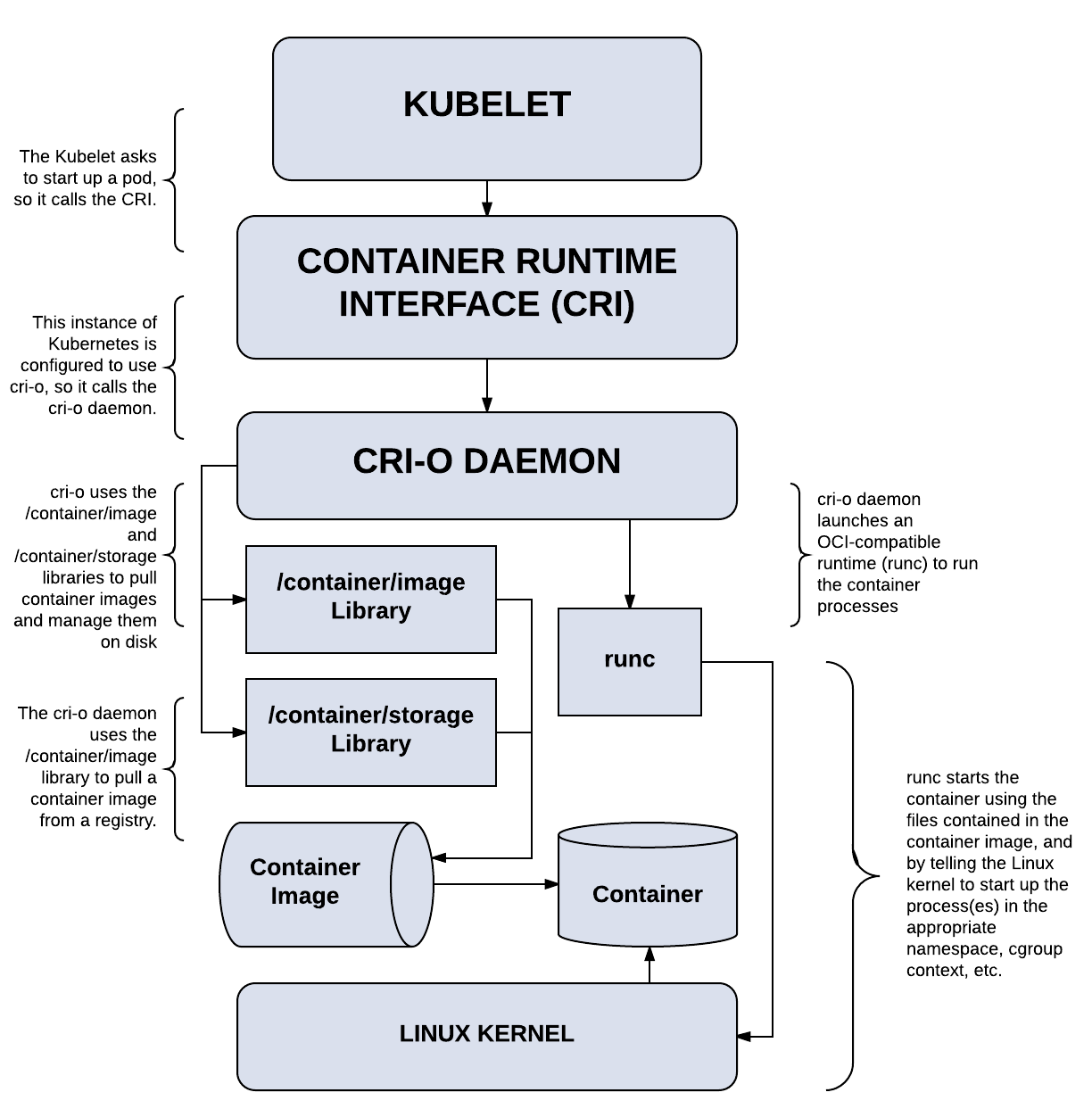