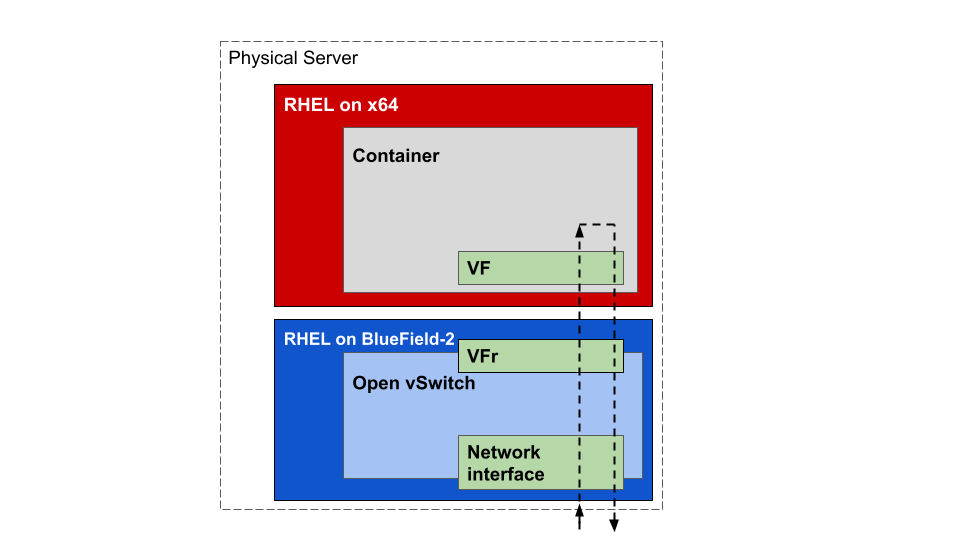 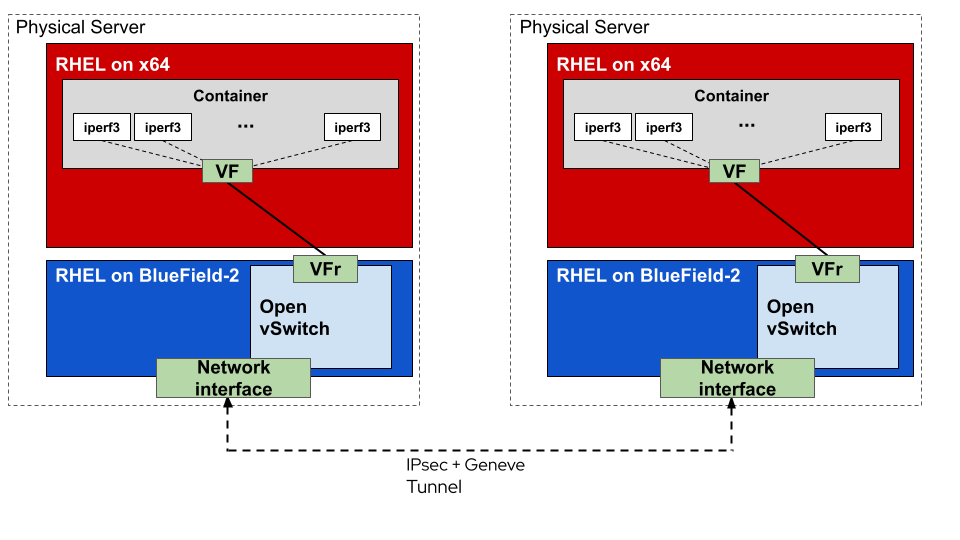 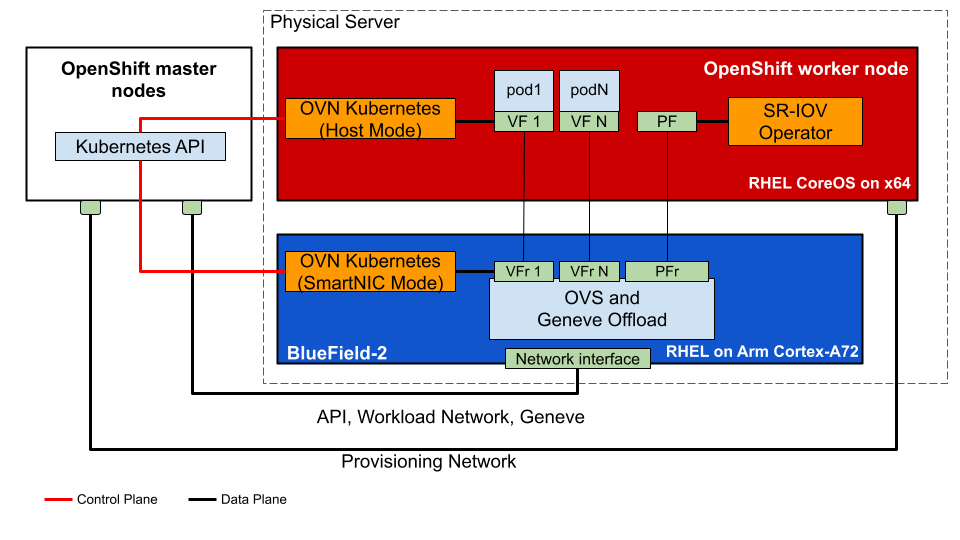 Figure 4: Test topology for OpenShift cluster with network function offloaded to NVIDIA BlueField-2
In our OpenShift based benchmarks, we characterize the reduced computational load on the x64 host. We specifically looked at east-to-west (pod-to-pod) traffic inside the OpenShift cluster. 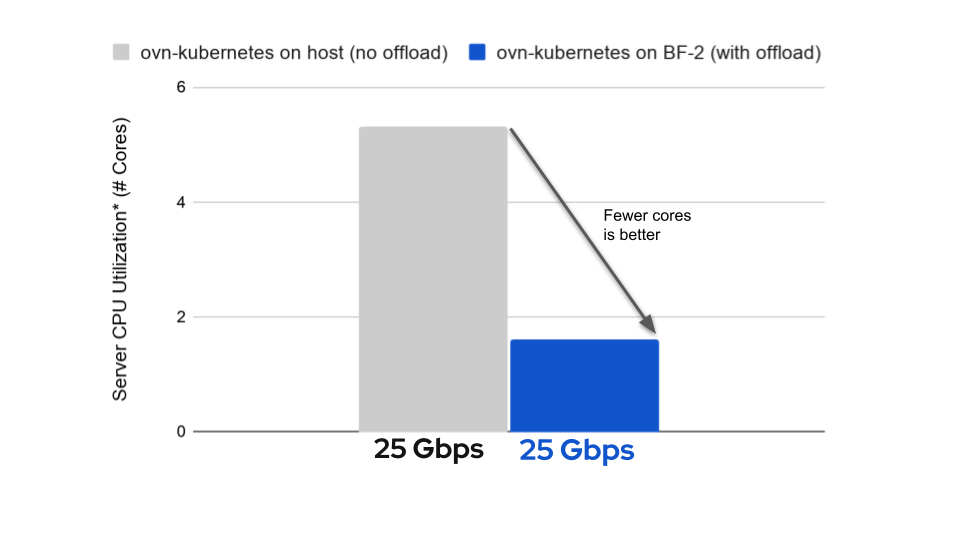 Rashid Khan is the Director of Networking Platform at Red Hat. He has been working in the computer networking technology for about 25 years. He was part of the change for Telcos from fixed lines to Voice over IP. Then he solved the problems for mobile devices for 3G and 4G Voice and Video applications like getting Netflix to your TV, Phone, and laptop. Now he is leading the Network Function Virtualization efforts for telcos and other industries. His team is in charge of packet movement from ethernet cables to Virtual Machines, Container and Pods within the servers in the data center.