Now, we can setup the dynamic inventory. Go to Inventories, then click “Add”. Give the inventory a meaningful name, and associate it with an organization. You can also supply any custom variables you want this group to use, such as privilege escalation parameters. Click the “Save” button, and then you’ll be taken to the new inventory collection’s groups/hosts page. At this point, click “Add Group”. Give the group a name, select “Red Hat CloudForms” as the source, and the select the Cloud Credential you created earlier. Also, check the “overwrite” box, which will purge systems that don’t exist in CFME from this particular inventory - a good way to manage retired VMs. Click Save.

Under groups, you’ll see your newly defined group. The leftmost button under “Actions” will start the sync process. 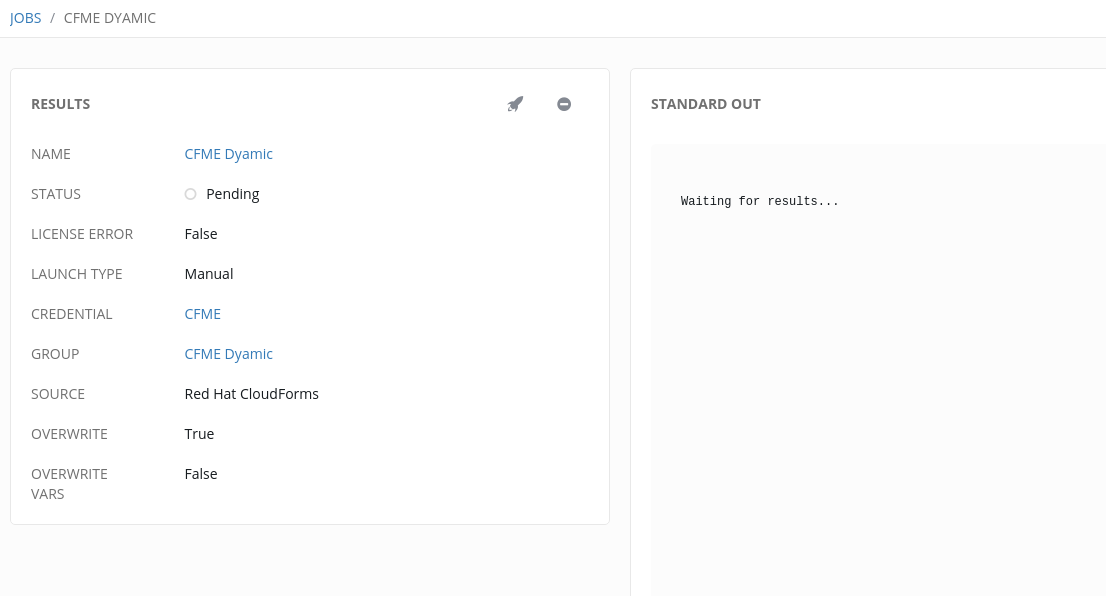 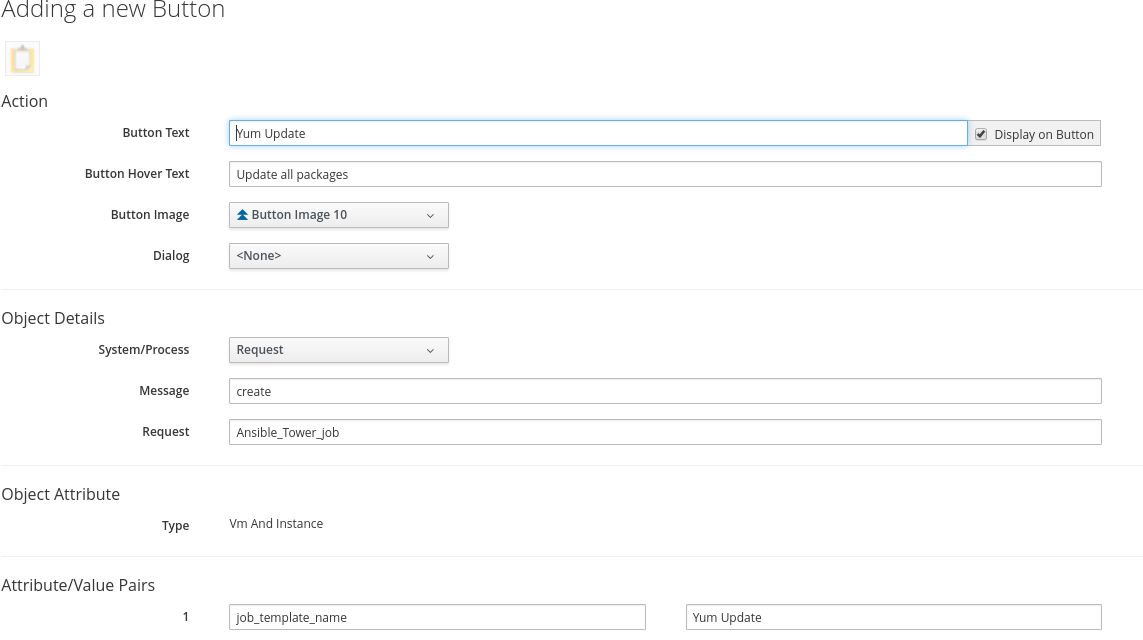 That will create a button that shows up on VM objects in CloudForms called “Yum Update” under the “Testing” button group. I can then click that button to launch the yum update job in Tower against this VM. Since this is a static playbook without any variables, it will run without asking for any additional input.

Over on Ansible Tower, I can verify the status of the job. I enabled debug for this particular run you can see the “yum update” output. 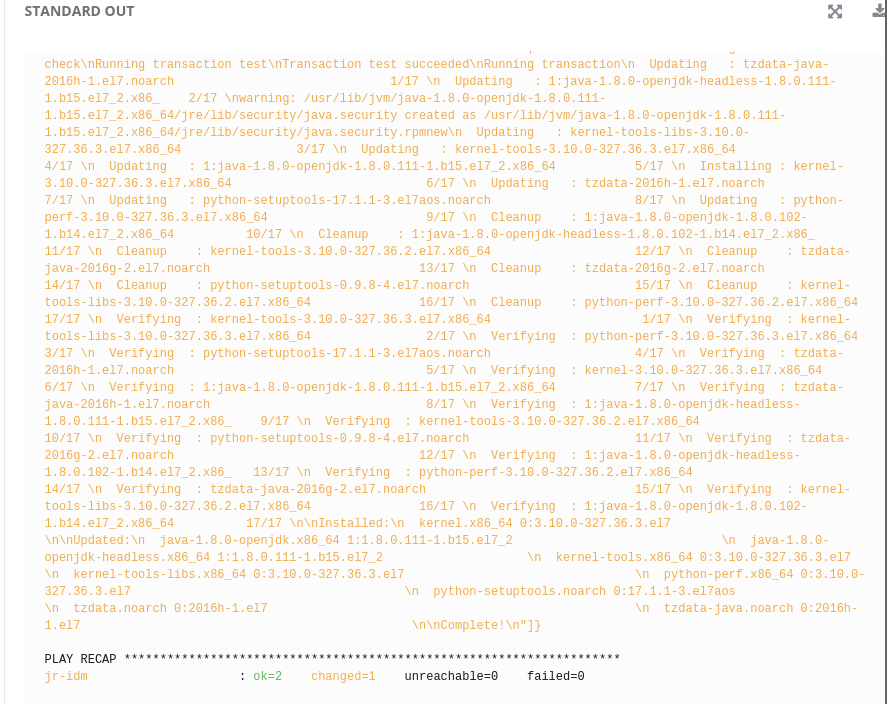 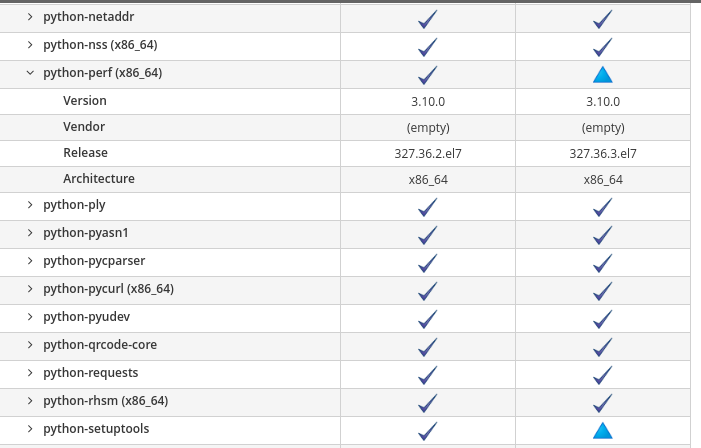 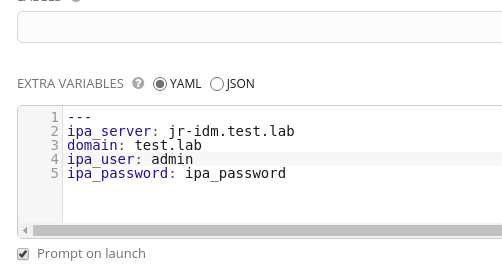 As you can see, this will point to a specific domain and IdM server, and use the “admin” user account to join. Note the “prompt on launch” flag is set - this enables us to override these values in CloudForms. Now, I can go to “Configuration -> Configuration Management” in CloudForms, expand my Ansible Tower provider, and go down to “Ansible Tower Job Templates” to create a new service dialog.

This creates a new service dialog (Automation -> Customization -> Service Dialogs”) with all the extra variables added as fields in our dialog. 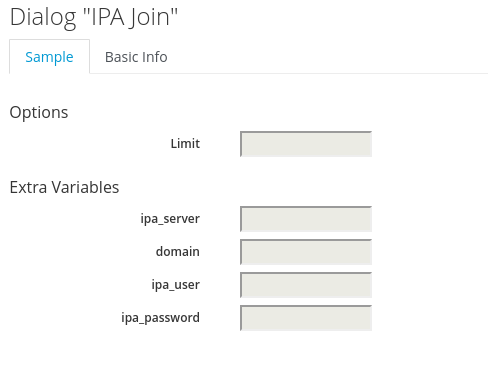 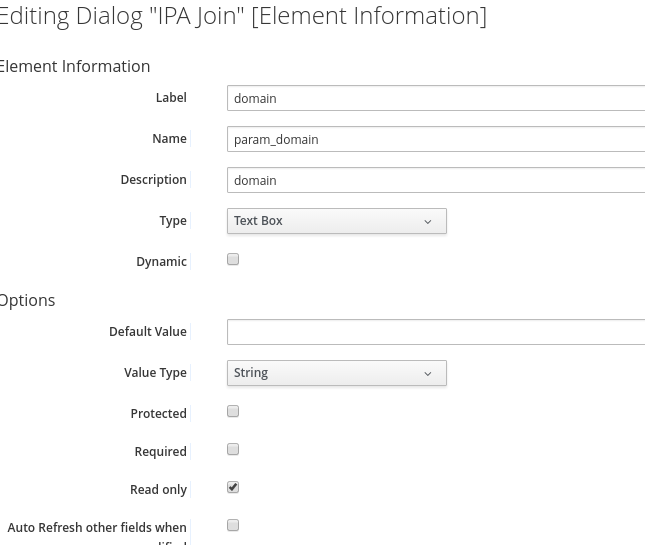 I can now go up the “Service Catalogs” accordion, and order an instance of this item. I use the vm name(s) I want to configure for IdM using a colon to separate multiple names, and enter the values I want to use to override for this deployment.