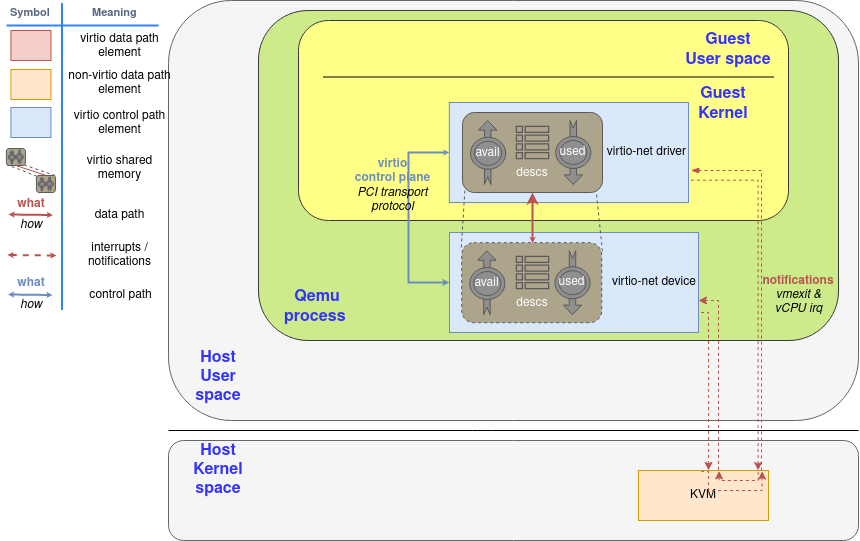 The next interesting structure is the driver area, or avail ring. Is the room where the driver places the descriptor (indexes) the device is going to consume. Note that placing a buffer here doesn’t mean that the device needs to consume immediately: virtio-net, for example, provides a bunch of descriptors for packet receiving that are only used by the device when a packet arrives, and are “ready to consume” until that moment. 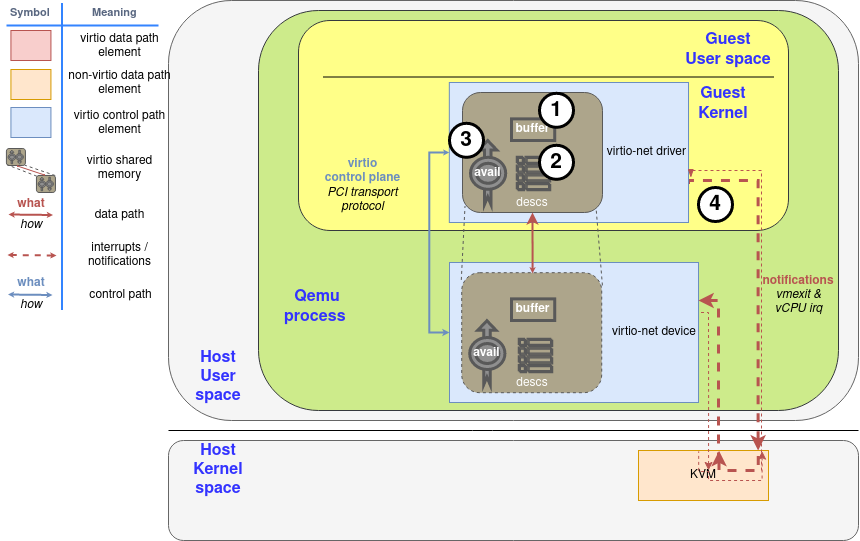 Listing: Used virtqueue layout
In case of returning a chain of descriptors, only the id of the head of the chain is returned, and the total written length through all descriptors, not increasing it when data is read. The descriptor table is not touched at all, it is read-only for the device. This is step 5 in the “Process to make a buffer as used” diagram. 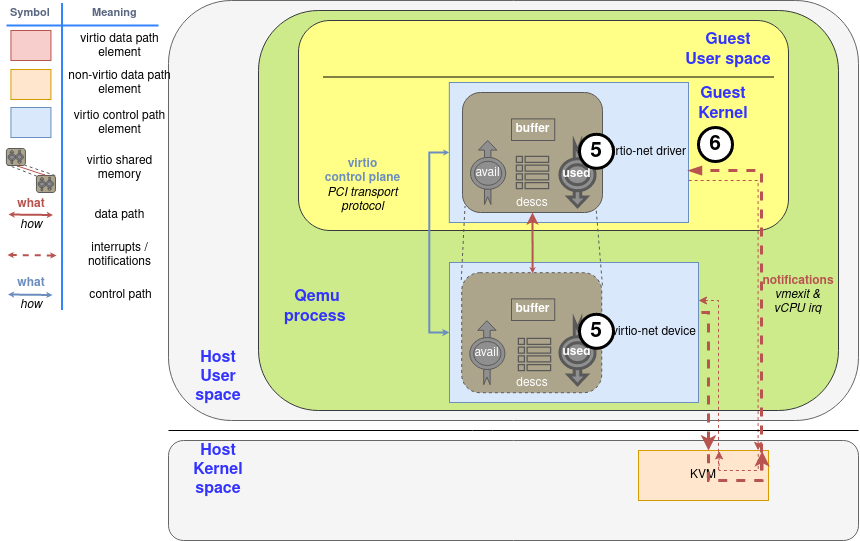 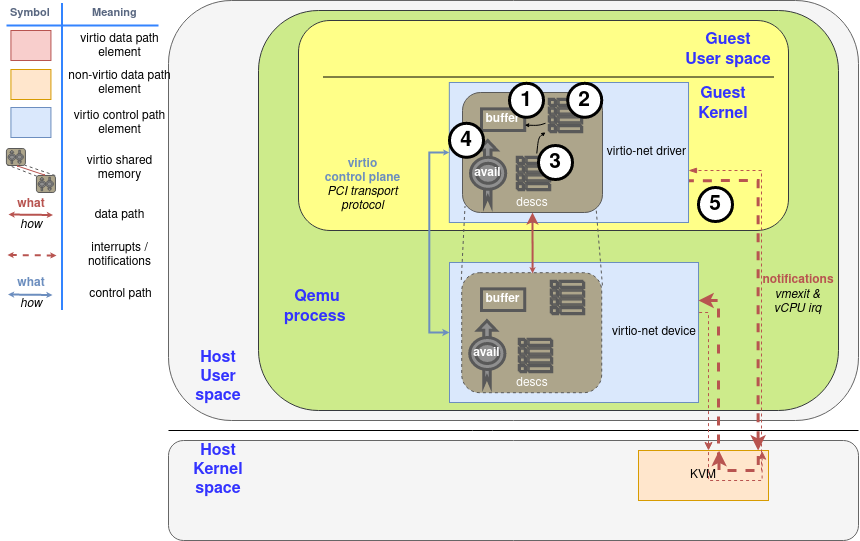 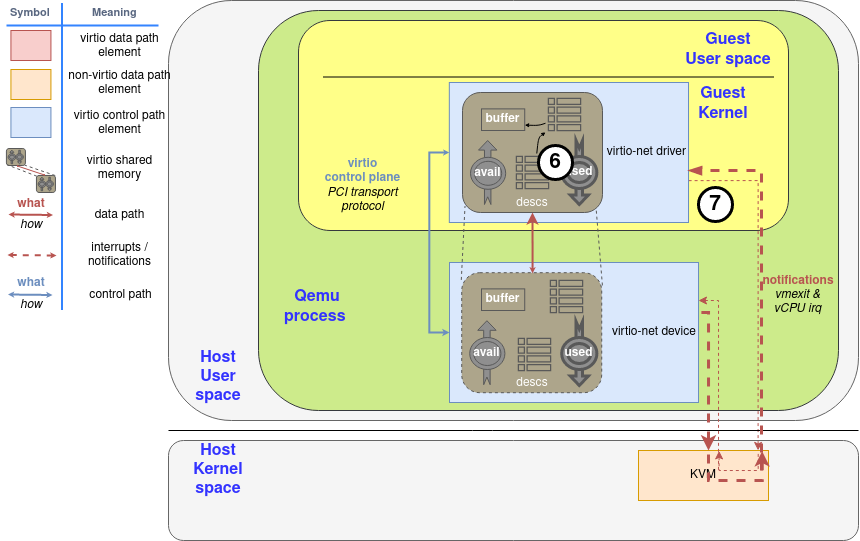 Notifications. Learning the “do not disturb” mode