In past releases, Red Hat OpenStack Platform director has used a single Heat stack for the overcloud deployment. With the Train release, it’s now possible to use multiple stacks for a single cloud deployment. Multiple stacks is advantageous to edge deployments as it allows for each distributed edge site to be managed and scaled independently, minimizing operational complexity. First, let’s review the concept of a “stack” in director, as the term can often have overloaded meanings in software engineering.

Traditionally, director has used a single stack for the entire OpenStack cloud deployment. If you’re familiar with director, the default name of the stack is “overcloud." A single stack has some benefits such as single operations to create or update the entire deployment, or the ability to monitor the state of software and hardware configuration across the whole cloud. 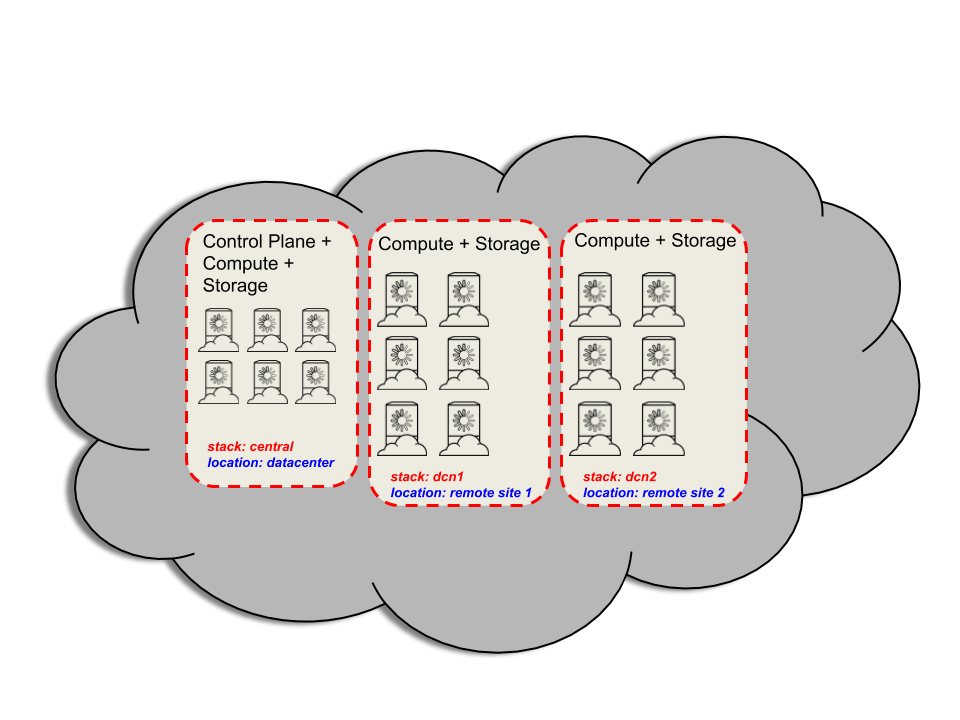 Let’s take a look at a practical example of a DCN deployment using multi-stack. In this example, there are three stacks deployed. There is a “control plane” stack that also includes storage and compute at the central site, and 2 DCN stacks for distributed compute and storage resources at remote sites.

The output from openstack stack list shows our three stacks instead of just a single “overcloud” stack: 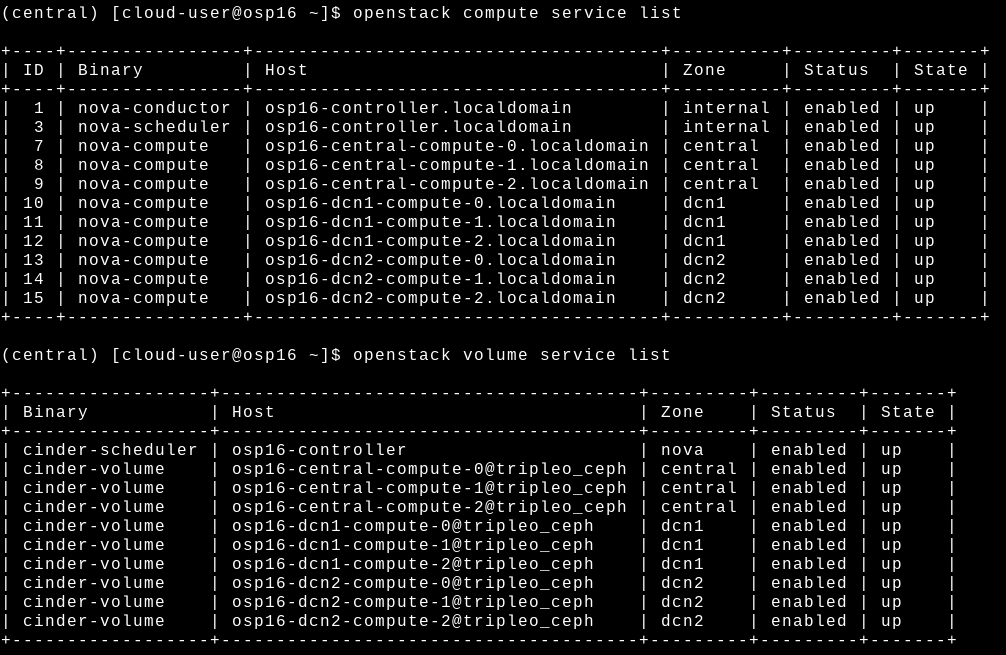 The “openstack overcloud deploy” command would then be used to update only the dcn1 stack: