Confused about zombie processes, what they are, what they cause, and how to get rid of them? Read on.

What are zombie processes?

By definition, zombie processes do not consume resources, for the most part. Each zombie process is still allocated a process ID number, or PID. On 32-bit systems, the max number of PIDs available is 32767.  For 64-bit systems, that number increases exponentially to over 4 million.

There are 2 scenarios I’ll discuss here. The first is a process spawning numerous child PIDs, and then the parent PID crashes or dies without reaping the child PIDs. Normally, this problem would indicate a possible bug with the program or code. When this happens, PID 1 (or the init process) takes ownership of them. For the purpose of this how-to, the quickest path to get rid of these zombies is to reboot. It is also possible to create a dummy process and pass ownership of those zombie processes back to the dummy PID to clean up. That is out of scope here. Reboot and be done with it!

The second scenario is when a process is hung to a point that the OS sees it as running, but the process isn’t actually doing anything. The example I’m using for this discussion is the automatic bug reporting tool daemon (abrtd) that ships with Red Hat Enterprise Linux and some other distributions. This is a great tool, and I like having it up and running on a system because it gives me, as a sysadmin, a better view into what’s oops’ing—or crashing—but not invoking the crash kernel.

In my environment, this daemon is also a bit of an Achilles heel. By default, abrtd only creates information for signed applications. Any app can be signed to generate a bug, but if an unsigned app triggers abrtd, the daemon goes through the motions of creating a bug report and then removes everything it created. This behavior can cause issues with an action hanging for an unsigned app.

Let’s take a look at an example. A user submits an incident report saying that the system was slow due to six zombie processes. There are some dead giveaways on a system that abrtd is having issues. When you su - to root you’ll see the following:

If we check on the abrtd process we can see that it’s still running, but there’s a child process that’s been running since 5/30.

So abrtd is still technically running, but that post-create process has created a state where some new ABRT crash reports tried to run, but turned zombie. At this point, you can restart the abrtd service, and that action will clear all of the zombie processes.

But, if you didn’t know that was the case, here’s how you track down what PID is the zombies’ parent using the ps -xal command. This command outputs a lot of info, so I’m just going to show the columns we need:

Being in operations, we don’t always have the luxury of rebooting at any time. Personally, I feel like rebooting should be the last resort. Reboots hide a multitude of sins, and leave those sins to present themselves at the most inopportune time, usually late at night or holiday weekends!

Oh, and the load on this system didn’t drop one bit after restarting abrtd and clearing those 6 zombies. 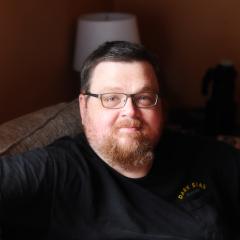 Jake has been an Enterprise Linux Systems Administrator for the 13 years. His goal has been to automate himself out of a job and try as he will he's been unable to do so, yet. In his free time, he enjoys fishing, kayaking, and knife making. More about me