What to do in case of a Linux kernel panic

Here's how to avoid panicking when you see a Linux kernel panic.

Linux is used everywhere in the IT world. You've probably used Linux today, even if you didn't realize it. If you have learned anything about Linux, then you know it is indeed a kernel. The kernel is the primary unit of the Linux operating system (OS) and is responsible for communications between a computer's hardware and its processes.

In this article, you will learn about one situation related to the Linux kernel: The kernel panic. The term itself can make you panic, but if you have the proper knowledge, then you can remain calm. Every system admin faces this issue at least once in their career, but reinstalling the system is not the first solution you should turn to.

What is a kernel panic?

A kernel panic is one of several Linux boot issues. In basic terms, it is a situation when the kernel can't load properly and therefore the system fails to boot. During the boot process, the kernel doesn't load directly. Instead, initramfs loads in RAM, then it points to the kernel (vmlinuz), and then the operating system boots. If initramfs gets corrupted or deleted at this stage because of recent OS patching, updates, or other causes, then we face a kernel panic. 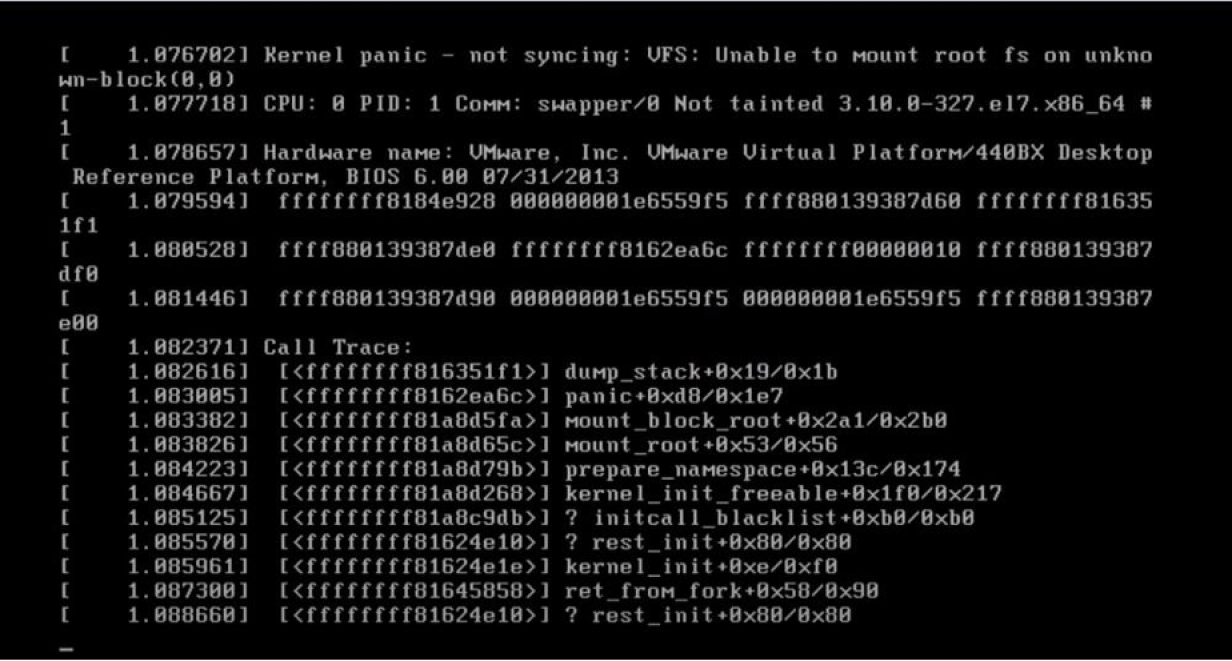 If we dig into the boot process more, then we encounter the Linux "chicken/egg problem."

When a Linux system boot process starts after the Master Boot Record (MBR) step, GRUB is loaded. The kernel needs to be loaded into RAM to start the OS, but the kernel is situated on the hard disk (/boot/vmlinuz), and the hard disk is not yet mounted on /. Without mounting, no files can be accessed, even the kernel. To overcome this, first initramfs/initrd loads in RAM directly and mounts the /boot partition in read-only mode. Next, it mounts the hard disk on the / partition, and the process continues.

This process emphasizes the importance of initramfs/initrd in the Linux boot process.

Why do kernel panics occur?

The first thing to do after seeing a kernel panic error is not to panic ,because now you are aware of the image file related to the error.

Step 1: Boot the system normally with your given kernel version.

Then you may see this error:

Press Enter or any key, and then you will see the following: 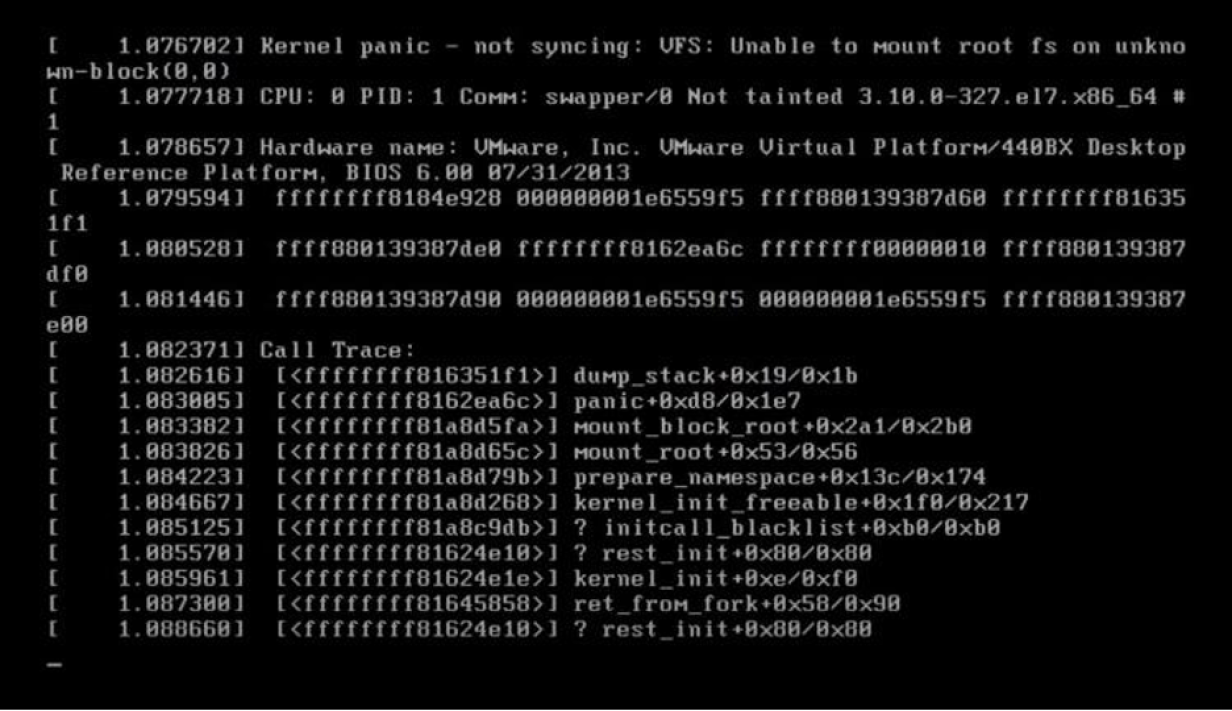 This is your kernel panic situation.

Step 2: Reboot your machine again and select the rescue prompt.

In RHEL 6 or earlier versions, we do not have this option, but in RHEL 7 and onwards, we have a built-in rescue image.

This image boots your OS normally.

The initramfs for the kernel is missing.

Step 3: You will need to create a new initramfs file that corresponds to your kernel version.

3.3) List the /boot directory contents again. The initramfs file for the kernel is now created.

Step 4: Now, when you boot normally, your machine starts without a kernel panic error.

Step 5: There might be a situation that occurs when you boot your system with a rescue image with creating a new initramfs file where you couldn't make a new file because it was already present.

At this point, we need to create an initramfs image with the mkinitrd command or dracut command.

Step 5.2: Run the mkinitrd command with the --force option and your kernel specification:

Your initramfs file is regenerated by these short steps, and you can now start your OS without any errors.

Now, anytime you see a kernel panic error, you will definitely not panic because you know why this error occurred and how to resolve it. This article covers one of the common Linux boot problems: kernel panic. There are so many other potential boot problems that can occur in Linux, but resolving those issues will become much less of a panic when you gain some advanced knowledge of your system. 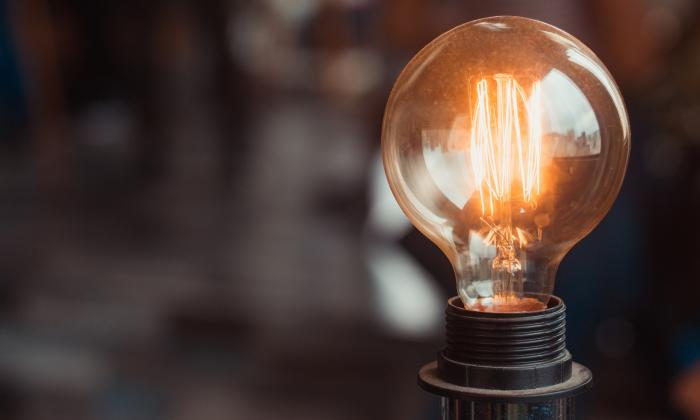 Working with the real-time kernel for Red Hat Enterprise Linux
It's worth the effort to run a real-time kernel and evaluate its potential and performance benefits for applications.
Author: Amit Kumar Das (Red Hat)
Image 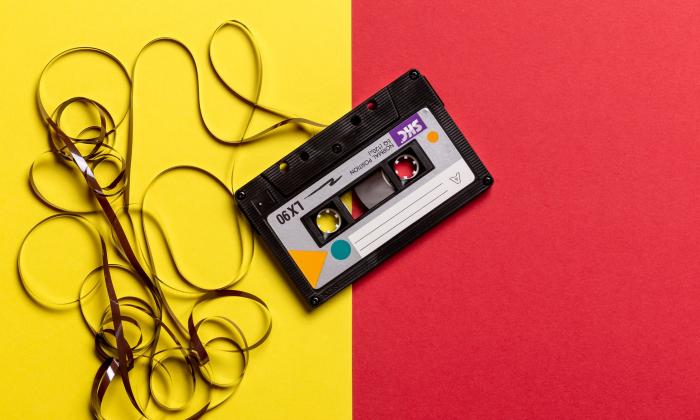 Music and video at the Linux terminal
Your terminal doesn't have to just be for text. Enjoy video and audio at the command line as you work with these simple tools.
Author: Jason Baker (Red Hat)
Image 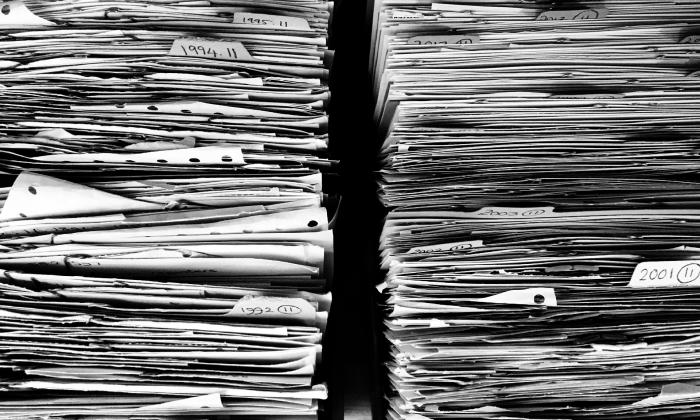 Managing files with the Linux terminal
Working on the command line is a quick alternative to clicking through filesystem management tasks. Here are some basics to get you started.
Author: Seth Kenlon (Editorial Team, Red Hat)
Topics:   Linux   Linux administration 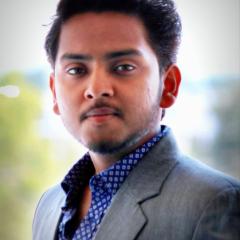 Abhineet is an open source software fan, an automation enthusiast, and a music lover.  More about me