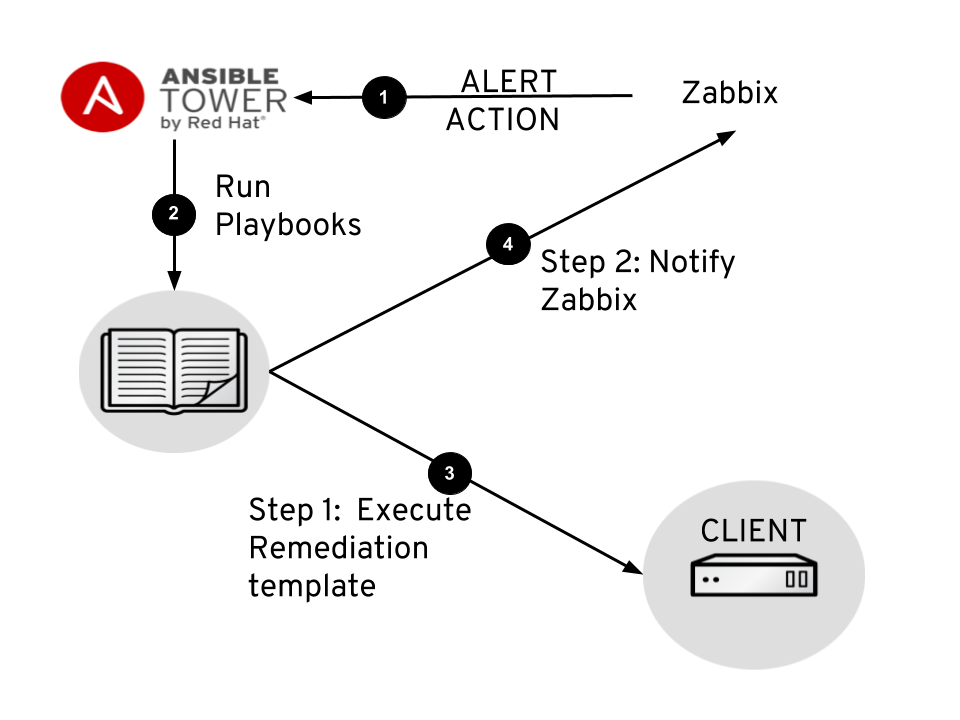 The eventid variable is presented as the “survey variable” to Ansible Tower. To create this an on-the-job template is needed, so click on “new survey” and that will prompt a screen. From there, set variable name as “eventid”, set the “result expected” field  to ”integer number” and finally, check the box as “required”. See Figure 4:

The first action is pretty clear: “Restart Libvirt”. The second step is much more complex but provides important information (eventid) that will allow it to notify the Zabbix Server correctly. 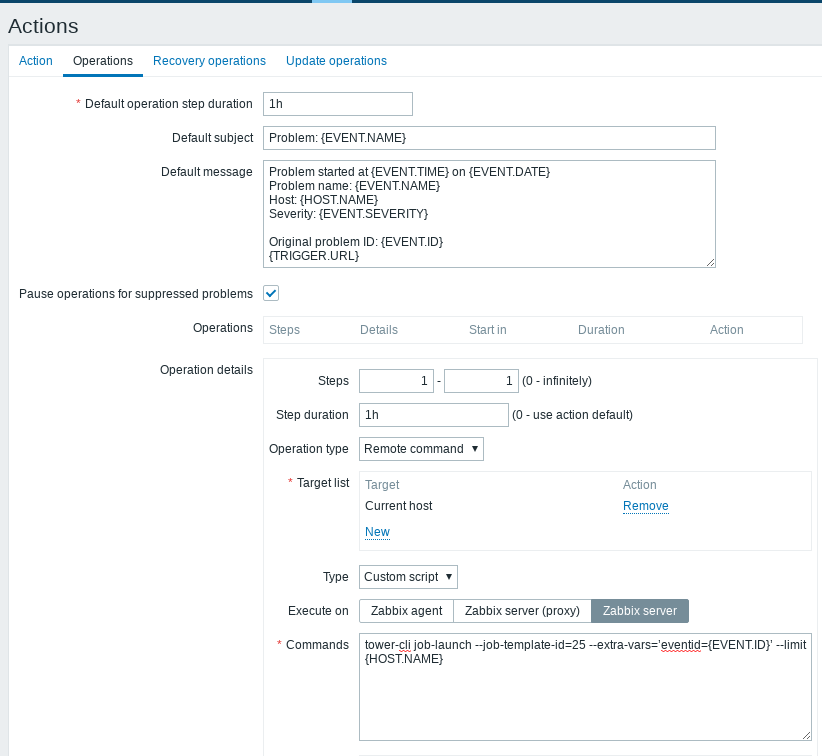