Red Hat Product Security has been developing RapiDAST, a tool that can be used for security testing of products and services. It is also helpful for developers or quality engineers (QEs) to test the security of products during the software development life cycle (SDLC).

What is dynamic application security testing?

DAST stands for dynamic application (or analysis) security testing, and is a blackbox testing methodology used to uncover potential security flaws by performing automated security scanning against a running target.

This is opposed to SAST, which scans source code to identify security issues. Since DAST actually tests the running target, it produces fewer false-positives than SAST. DAST can also identify runtime and environment-related issues such as misconfiguration, which is almost impossible to detect in source code.

While DAST can broadly refer to any security testing that can be used against any runtime targets, and while it does not necessarily have to target web technologies, most DAST tools are focused on web scanning. This is because of the prevalence of web applications and services that include APIs over the last few decades. Mobile backend services can also be a target of DAST, as they are generally implemented as web services.

DAST generally comes into play in the testing phase when it comes to SDLC. Since DAST requires a running target, DAST is used after the application’s code has been built and deployed to a test environment or to a staging or integration environment. Collaboration between developers and QEs is useful for DAST, and is cost-effective.

In order to improve the security of something, the first step is to identify what actually needs to be secured. API scanning starts with identifying endpoints, called attack surfaces, where attackers input malicious data — such as URLs and parameters — in an attempt to compromise the web application. It should be noted that any data in the web requests can be freely modified by attackers.

To automatically identify web endpoints, most DAST tools employ crawling or a spider feature. API endpoints can be difficult to identify with crawling, however API scanning can be done effectively by taking advantage of OpenAPI. See the OpenAPI-based scanning section below for more details.

Once the endpoints have been identified, DAST tools start sending lots of requests that simulate real attacks. To reach the protected contents, the tools can use established sessions that are normally implemented with cookies or tokens, or even guide users to login to the target.

APIs generally rely on tokens for authentication, whereas most traditional web applications typically use cookies. In some cases, both authentication techniques are used for the same website. It is not uncommon to see the frontend application use a cookie and the backend API use a token at the same time.

The previous phase results in a lot of responses and results. Analyzing them, with configured scanning rules, can detect security vulnerabilities such as SQL injection and cross-site scripting (XSS), in addition to many other weaknesses such as misconfiguration issues.

RapiDAST (Rapid DAST) is an open source project to develop a DAST tool that Red Hat Product Security has been working on, hosted on GitHub. RapiDAST is evolving, but at this stage it is focusing on scanning APIs as effectively and conveniently as possible through automation. The project is currently making use of OWASP ZAP — a popular open source web security testing tool — as its core engine.

As mentioned above, OpenAPI can be used to identify API endpoints. The OpenAPI Specification — formerly known as Swagger specification — is quite popular in terms of describing RESTful API interfaces. The specification is in a standardized format that is not only human readable, but also can be easily used by machines or tooling for automation.

If there is an OpenAPI definition available (which many API development projects have), RapiDAST will take advantage of it to automatically get to know all of the API’s endpoints and parameters. RapiDAST can then proceed with scanning and generating scanning reports.

“Secure development” is a hot topic these days, especially with the U.S. President’s Executive Order for Cybersecurity issued in 2021, and Red Hat Product Security has been working hard to provide a SDLC framework that drives greater software security. As part of this, DAST is being used in many Red Hat products’ SDLCs.

Using RapiDAST enables the developers and QEs to identify security issues at an earlier phase of the SDLC, and it is currently being used successfully within Red Hat. For example, RapiDAST is used to continuously scan many Red Hat managed services running on console.redhat.com or api.openshift.com. 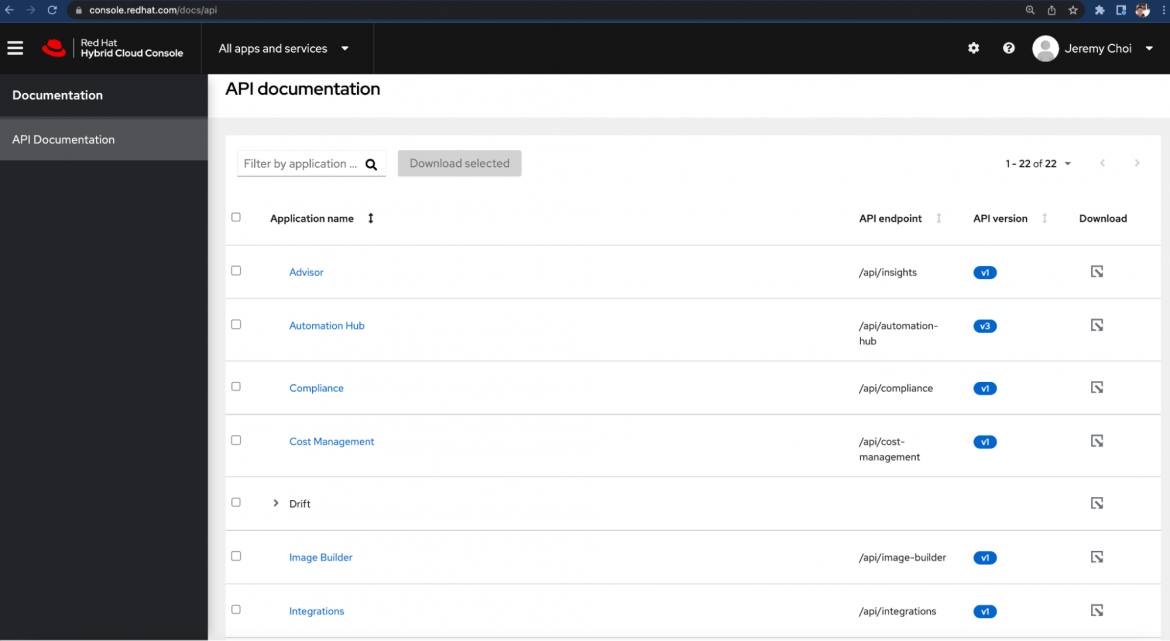 Using RapiDAST, with a simple script run based on a YAML configuration file, users can get scanning results.

Here is an example of a RapiDAST scan.

The logs give you an overview of how it works:

RapiDAST can generate reports in XML, HTML and JSON, thanks to OWASP ZAP’s report feature.

RapiDAST has recently evolved to be running as an operator on Kubernetes or Red Hat OpenShift. This can add more scalability and stability for your “shift left” projects. Also, Red Hat Product Security is actively participating in the Operate First community, with the goal of delivering greater security to open source projects that are running on the community clusters. 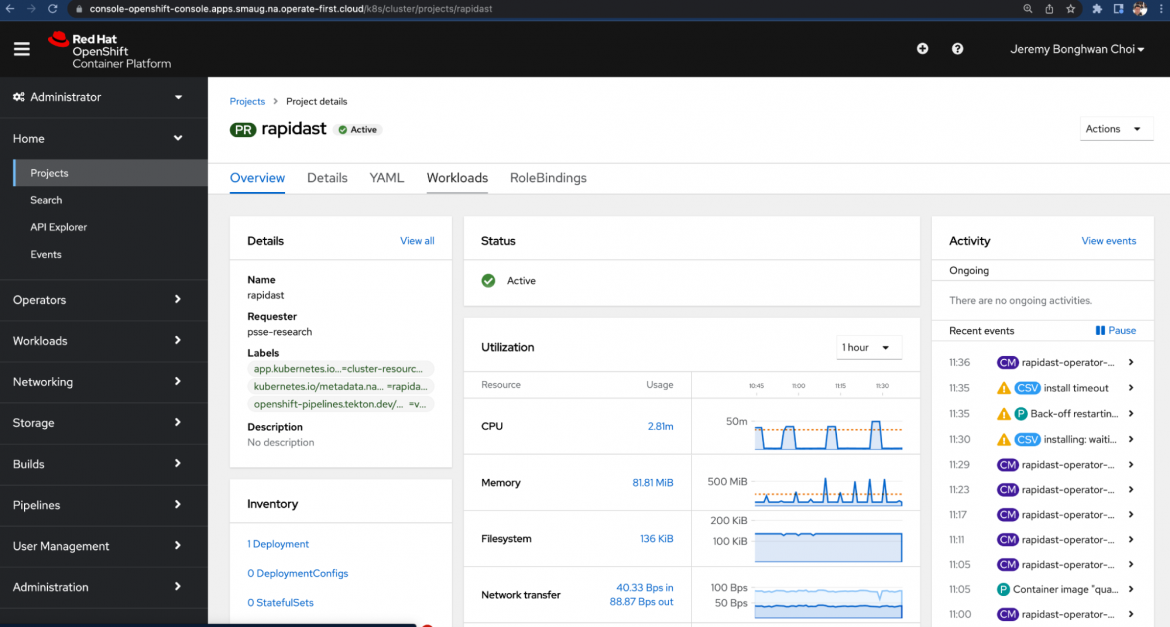 Taking care of security is no longer a blocker that delays development. Nowadays, many experts emphasize the importance of “shift left” or DevSecOps, and success relies on cross-team collaboration. Both security engineers and development teams (including developers and QEs) have to work together to apply RapiDAST into SDLC.

This sort of collective, collaborative effort to shift security left makes it significantly more likely that security issues will be identified much earlier in the software development life cycle, saving both time and effort on all sides.

In this article, we introduced the RapiDAST tool and ideas for cross-team collaboration that can help you with applying DAST into your software development life cycle. While we focused on API security so far, RapiDAST is going to have more useful features soon. We are already on the journey!

Jeremy Choi is a Principal Product Security Engineer in Red Hat Product Security. Since joining Red Hat in 2011, Choi has been an active contributor to both Red Hat products and open source projects.