While digital transformation is widely known to be impacting organizations that deal primarily with information and data—financial services, telecommunications, retail, etc.—it is also driving significant change in the world of manufacturing. This evolution towards computerizing and transforming manufacturing systems has been dubbed “Industry 4.0.”

But, what is Industry 4.0? What technologies are making it possible? And what are the benefits and challenges it brings as operational technology (OT) environments transform?

Industry 4.0, also known as the Fourth Industrial Revolution, is possible due to the emergence and adoption of new, leading edge technologies that blur the line between information technology (IT) and operational technology (OT) to bring digital transformation to the factory floor.

What is operational technology?

Traditionally, this technology has tended to be very specialized and isolated, often making use of closed proprietary protocols. This being the case, OT tended to create data and communication silos, causing inefficiencies and making it difficult, if not impossible, to effectively share and leverage available data. With industry 4.0, these limitations are being eliminated.

First, let's step back for a moment and talk about the first three industrial revolutions so we understand the historical context we’re in.

The technologies that made this possible include new sources of power (such as steam and water), increased use of iron and steel, and a variety of new inventions, including the internal combustion engine and the powered loom.

In Great Britain, Europe and the United States, the Industrial Revolution began in the 18th century, but other parts of the world lagged behind and didn’t have their industrial revolutions until (sometimes much) later.

The Second Industrial Revolution, also known as the Technological Revolution, took place during the late 19th century through the first half of the 20th century.

This was a period of explosive industrial growth made possible by further inventions and scientific discoveries, including significantly more efficient steel production, the use of electricity for power and light, machine tools, petroleum production and refining, telegraphs and the telephone, the automobile, the build out of railways, and so much more.

The Third Industrial Revolution, also known as the Digital Revolution, began in the second half of the 20th century and continues to the present day.

The Digital Revolution, as you may surmise, is marked by the rapid and widespread adoption of digital computers. There are an enormous number of technological advancements that made this possible, but it is largely due to the mass production and adoption of computers, the development of the Internet, the invention of the World Wide Web, and the creation and proliferation of smartphones.

We’re now in the Fourth Industrial Revolution, or Industry 4.0, which builds directly on the foundation of the Digital Revolution, and is having a significant impact on how manufacturing operations happen today.

Of course, with the rapid pace of change and technological advancement, there is already talk of Industry 5.0 and other similar generational evolutions. For example, in Japan, there’s talk of “Society 5.0”, which builds on four earlier societal stages: hunting, agriculture, industrial, and information. But for now, we’ll just look at Industry 4.0 and how it makes OT transformation possible.

Where the Digital Revolution was made possible by the development and explosive growth of computers and the Internet, Industry 4.0 builds upon and extends that digital foundation to create the conditions that make OT transformation possible.

While computers appeared and proliferated in factories during the Third Industrial Revolution, they generally operated in silos, functioning as independent islands where data was not visible, accessible, or shared. In the Fourth Industrial revolution, these silos are being broken up, and data is increasingly visible and accessible. This allows for deeper analysis, greater efficiency, and levels of global optimization that were never before possible. 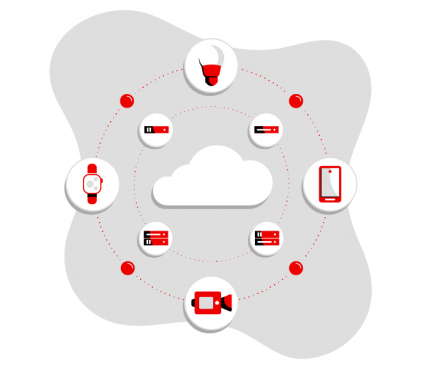 OT transformation is enabled by a wide array of different technologies, including:

This is not a comprehensive list, of course, but it gives you an idea of the technologies that are making it possible to generate, capture, process and utilize data almost everywhere, which, when combined with advances in operational technology, is enabling a fundamental shift in modern industrial operations, leading to OT transformation.

IT/OT convergence is what happens when organizations connect their information technology and operational technology systems, and also start replacing specialized and bespoke OT systems by using software-defined approaches and off-the-shelf IT hardware.

This convergence enables organizations to take better advantage of the data they have—the data generated by OT that controls systems on the manufacturing floor can be passed to IT for processing and analysis, which can then be used to change or optimize manufacturing processes.

IT/OT convergence also allows for front-loading problem solving—enabling potential problems to be identified and solved earlier in the design and development process, saving both time and money.

Of course, IT is also impacted by this convergence, shaped by the requirements that come from the OT world, including security, reliability and low latency, among other things.

OT transformation, enabled by these new technologies and IT/OT convergence, has numerous critical benefits for manufacturing, including:

This isn’t an exhaustive list of OT transformation and Industry 4.0 benefits, but these demonstrate some of the improvements and efficiencies that are possible when information technology and operational technology converge.

Of course, there are many challenges that limit the deployment and adoption of OT transformation, including security, talent gaps and more.

And again, these are not the only OT transformation and Industry 4.0 challenges organizations will face but, while they can be difficult to manage, they are not insurmountable.

While there are numerous challenges involved with Industry 4.0’s digital transformation of industry, the benefits and efficiencies it can provide are significant. The blending of information technology and operational technology—IT/OT convergence—can make industries more efficient, resilient and responsive, benefiting customers, employees, and organizations as a whole.

We’re now in the Fourth Industrial Revolution, or Industry 4.0, which builds directly on the foundation of the Digital Revolution, and is having a significant impact on how manufacturing operations happen today.