Organizations today have choices that they did not have a few years ago. And nothing is better than bringing together two things that are popular like the ease of use and familiarity of Microsoft SQL Server combined with the flexibility, performance and security of Linux.

At the end of 2020, Red Hat commissioned a study with Unisphere Research, a division of Information Today, Inc. that surveyed 306 members of the Professional Association for SQL Server (PASS).

Survey participants held roles in a variety of verticals, working  in IT departments with 54% of the respondents holding the title of Database Administrator. What the survey results pointed to was interesting.

In an era when many organizations are looking to simplify things and consolidate workloads, the survey results found that 31% of the survey group ran at least one Linux-variation OS at their sites, with 12% indicating they were running the SQL Server on Red Hat Enterprise Linux (RHEL), making it the most popular distribution in the survey. 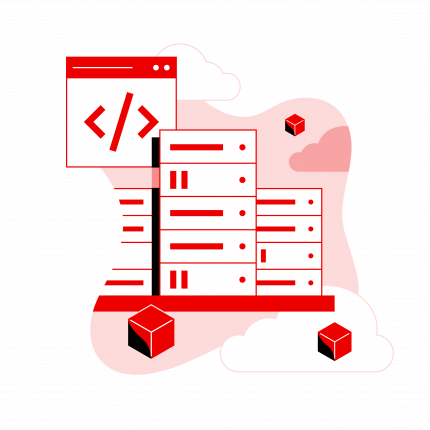 Secondly, the use of Linux for SQL Server deployments is increasing in the market. Adoption of Linux as a SQL Server platform among those surveyed is expected to more than triple over the next two years and more than two out of three IT professionals are likely to consider moving to Linux under the right circumstances.

One of those circumstances might well be cost. In fact, if you look at our recent post covering SQL Server on RHEL performance, you’ll see an example of how RHEL consistently demonstrates the lowest cost per transaction with a leading industry standard benchmark.

Thirdly, SQL Server site data managers are aware of their Linux options, but may not have the skills and experience to move in this direction despite their desire to. While Linux adoption is rising at SQL Server sites, data managers shed light on the opportunity to educate the market to increase Linux skills.

This learning deficit is definitely an area where organizations like Red Hat can help provide Linux resources to those seeking that area of expertise. Red Hat is positioned to provide help and support in our value of subscription.  For those database managers who are new to Linux, Red Hat offers free training to help jump start their Linux journey with  Red Hat Enterprise Linux Technical Overview (RH024).

And lastly, the priority for many respondents is the increasing recognition of the value of moving to the cloud and other flexible platforms. Survey respondents said that they expect the amount of their SQL Server data in the cloud to grow significantly, which means most organizations are bound to the cloud via private, public or hybrid cloud. With  RHEL as a fully supported  reference platform for SQL Server on Linux, a Red Hat Certified Cloud and Service Provider is the perfect destination for cloud deployments.

These four main themes that boiled to the top of the survey leave IT leaders with a great opportunity - the power of choice to create operational efficiencies and use what they already know by pairing Microsoft SQL Server with the power of Linux.

Ask us if you are looking for the combination of SQL Server and Red Hat Enterprise Linux to future proof your organization’s infrastructure to help make smart IT investments that allow solutions to evolve with the business, promoting what is desired with the best of both worlds.

Allison Kazerounian is a marketing professional with more than 20 years of experience, specializing in technology and software. Her current interest is on open software and the opportunities it provides to those looking for a solid collective solution for a business problem. Kazerounian is currently working in product marketing at Red Hat, focusing on Red Hat Enterprise Linux.

In an era when many organizations are looking to simplify things and consolidate workloads, the survey results found that 31% of the survey group ran at least one Linux-variation OS at their sites, with 12% indicating they were running the SQL Server on Red Hat Enterprise Linux (RHEL), making it the most popular distribution in the survey.