“We can't be waiting for security patches just once a month, twice a month,” says Rice. “We have to be applying security processes, all the time continuously—just the same way that we do continuous testing.” 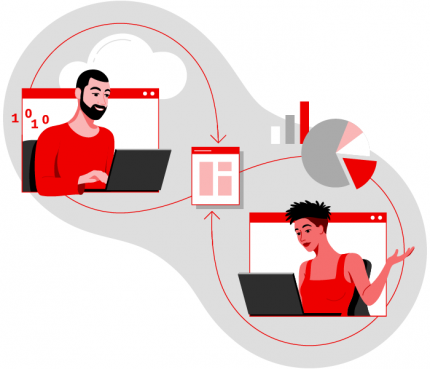 Wright notes, “We really have to think about everybody participating in building more secure code, from the developer writing code through to the automated testing, and even understanding what we put into production.”

Wright adds, “Automation is really key and making this a part of everybody's jobs so that it scales as we put more code into production.”

As Rice describes in the video, “eBPF makes the kernel programmable. And we can use this for so many powerful things in terms of observability.” This can include spotting what may or may not be malicious behavior and things like unexpected network connections or unexpected executables running in your environment.

She says, “With the kernels that support eBPF becoming much more widespread in production use, people are going to be adopting those eBPF-based networking, security, and observability tools over the next year or two pretty prolifically.”

“By sharing responsibility, establishing more secure workflows with automation, and being open and transparent in our code, we can begin to connect our runtime protections and secure development practices to improve software security everywhere,” says Wright.

Head to our YouTube channel and find “DevSecOps Decoded,” “SREs on a Plane” and “Unlocking zero trust supply chains.” Don’t miss another episode of Technically Speaking - make sure you hit subscribe!