Extend the security, stability,
and viability of minor Red Hat
Enterprise Linux releases for
two years beyond their
general availability.

To obtain maximum benefits in terms of innovation, functionality, and security from a Red Hat Enterprise Linux subscription, Red Hat recommends that customers upgrade to each minor release as they occur (e.g., upgrading from Red Hat Enterprise Linux 8.0 to 8.1 to 8.2). However, some organizations may wish to stay at a particular minor release for an extended period of time for a variety of reasons.

To address this need, and help ensure the best possible security posture, Red Hat Enterprise Linux EUS streams are available for a period of 24 months from the availability of select minor releases. For example, Figure 1 illustrates planned releases for Red Hat Enterprise Linux 8, indicating which minor releases are planned to include the EUS Add-on.2 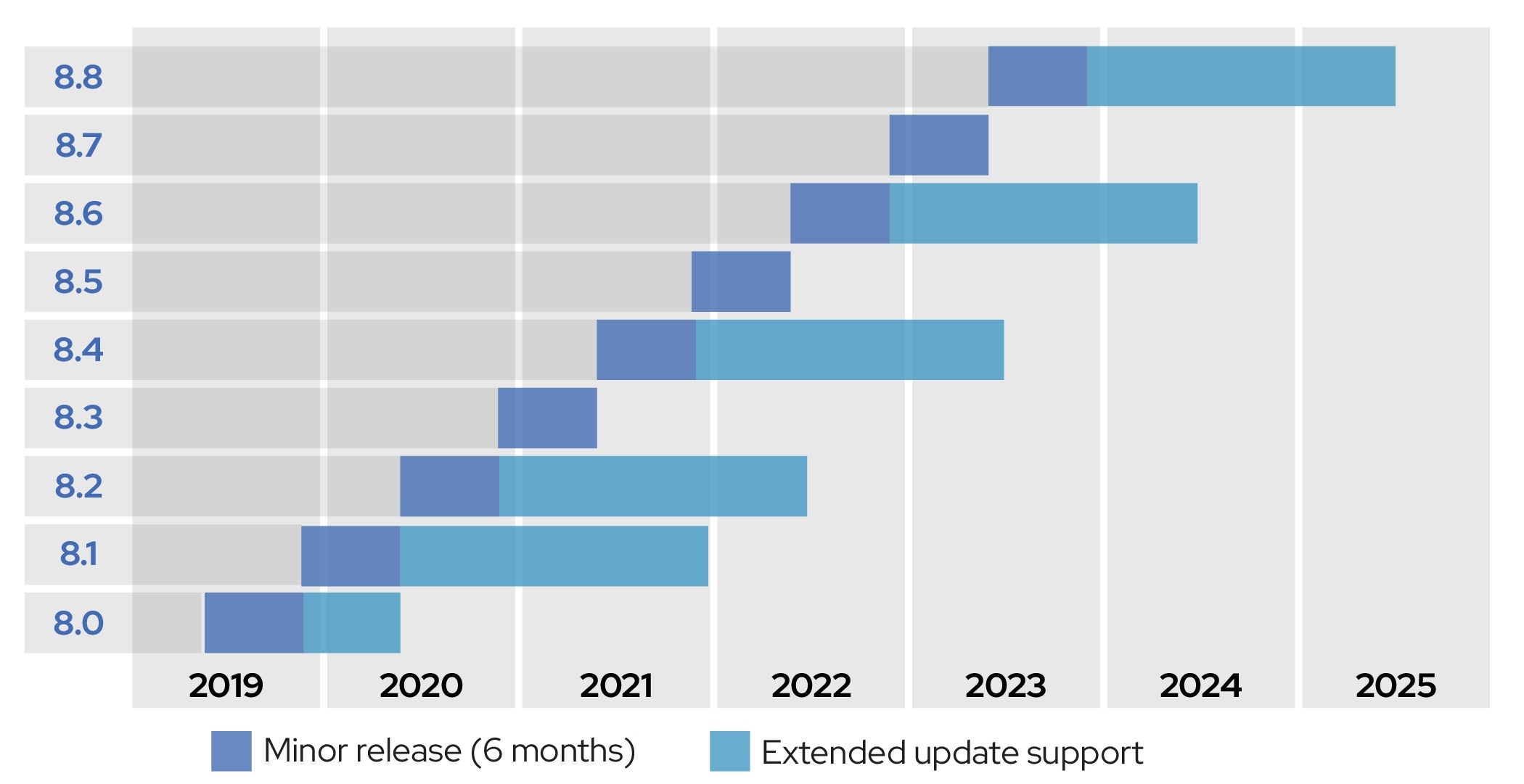 To help reduce the risk profile for our customers, Red Hat has recently expanded the scope of coverage for CVE remediation. As of October 1, 2019, CVEs are covered on all actively supported versions of Red Hat Enterprise Linux, with future EUS releases inheriting this enhanced CVE policy. With this step, organizations can maintain greater stability for enterprise deployments and lessen the time to resolution of internal security audits.

Note that CVE remediations are limited to those packages on the EUS Package Inclusion list (https://access.redhat.com/node/4082531).