In the “virtio-networking vhost-net” post, we described a concrete implementation of this protocol (the vhost-net kernel module) and how it allows qemu to offload network processing to the host’s kernel. Now we introduce the vhost-user library. This library, built in DPDK, is a userspace implementation of the vhost protocol that allows qemu to offload the virtio device packet processing to any DPDK application (such as Open vSwitch). 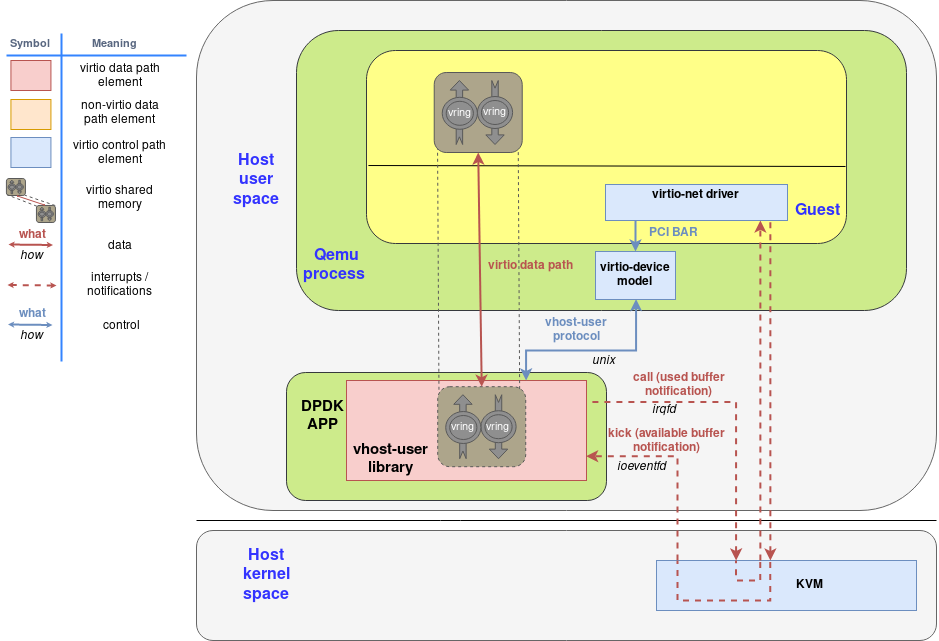 VFIO stands for Virtual Function I/O. However, Alex Williamson, maintainer of vfio-pci kernel driver suggested calling it “Versatile Framework for userspace I/O,” which might be more accurate. VFIO is basically a framework for building userspace drivers that provides:

Quoting the kernel documentation: “If you wanted to write a driver prior to VFIO, you had to either go through the full development cycle to become proper upstream driver, be maintained out-of-tree or make use of the UIO framework which has no notion of IOMMU protection, limited interrupt support and requires root privileges to access things like PCI configuration space.” 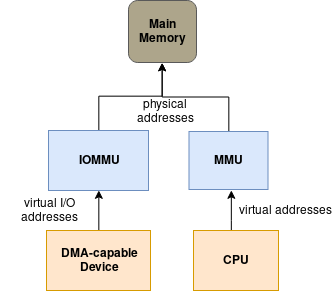 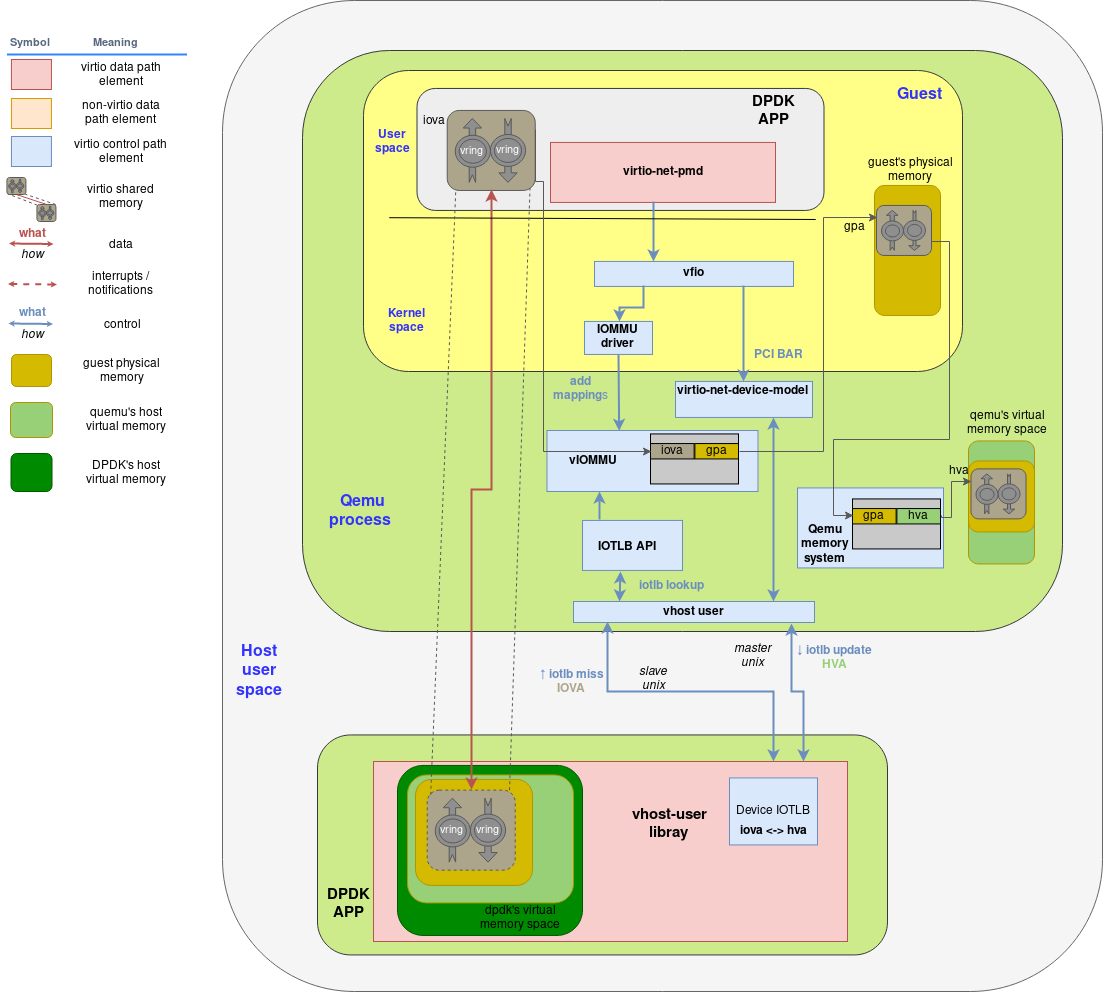 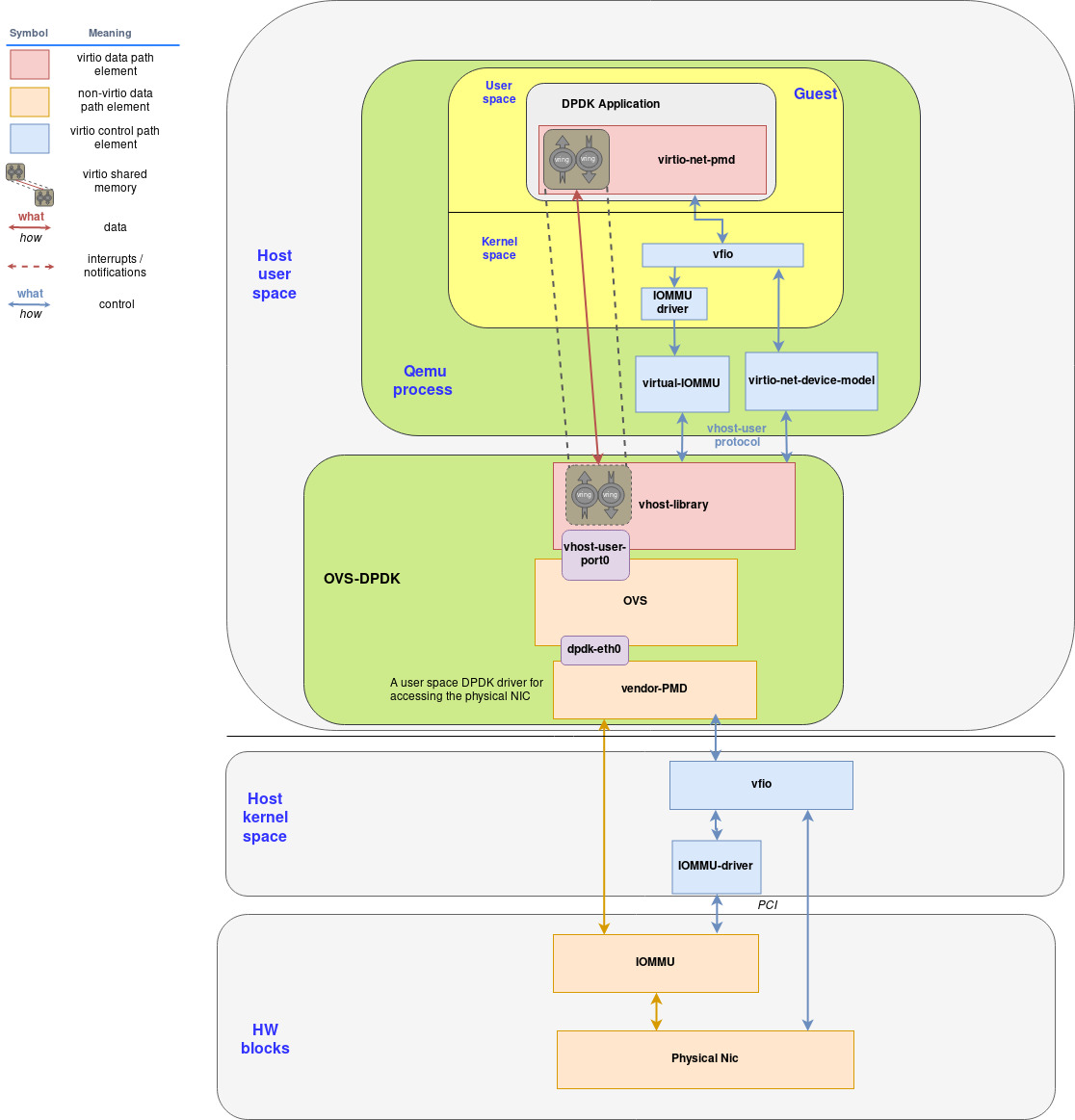 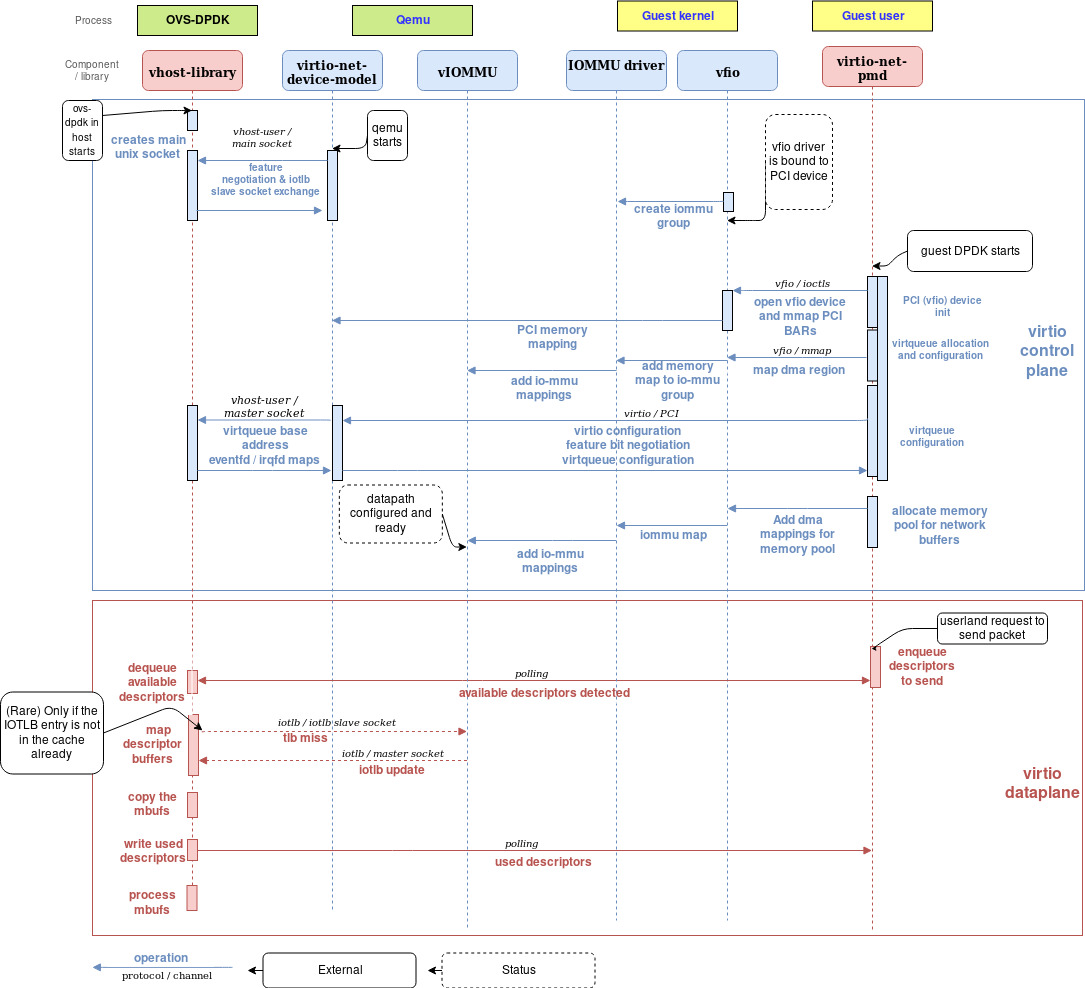