Over the years, director has grown to be a versatile, highly customizable (including configuring with Ansible) and robust deployment tool serving a wide variety of customer use cases, be it for general purpose cloud, NFV or Edge. The director host is also known as the “undercloud” and is used to deploy and manage the “overcloud” which is the actual workload cloud

Trying to scale up from 252 to 367, through a stack update, was when we first started seeing issues as captured in this bug. The update would not progress with the following reason, “RemoteError: resources.UpdateConfig: Remote error: DiscoveryFailure Could not determine a suitable URL for the plugin”.

This model is a “pull” style model given each node polls the Heat API and pulls changes, then applies them locally. With the Ansible-based config-download, director/TripleO has switched to a “push” style model. Heat is still used to create the stack (and all of the Red Hat OpenStack resources) but Ansible is used to replace the communication and transport of the software configuration deployment data between Heat and the Heat agent (os-collect-config) on the overcloud nodes. 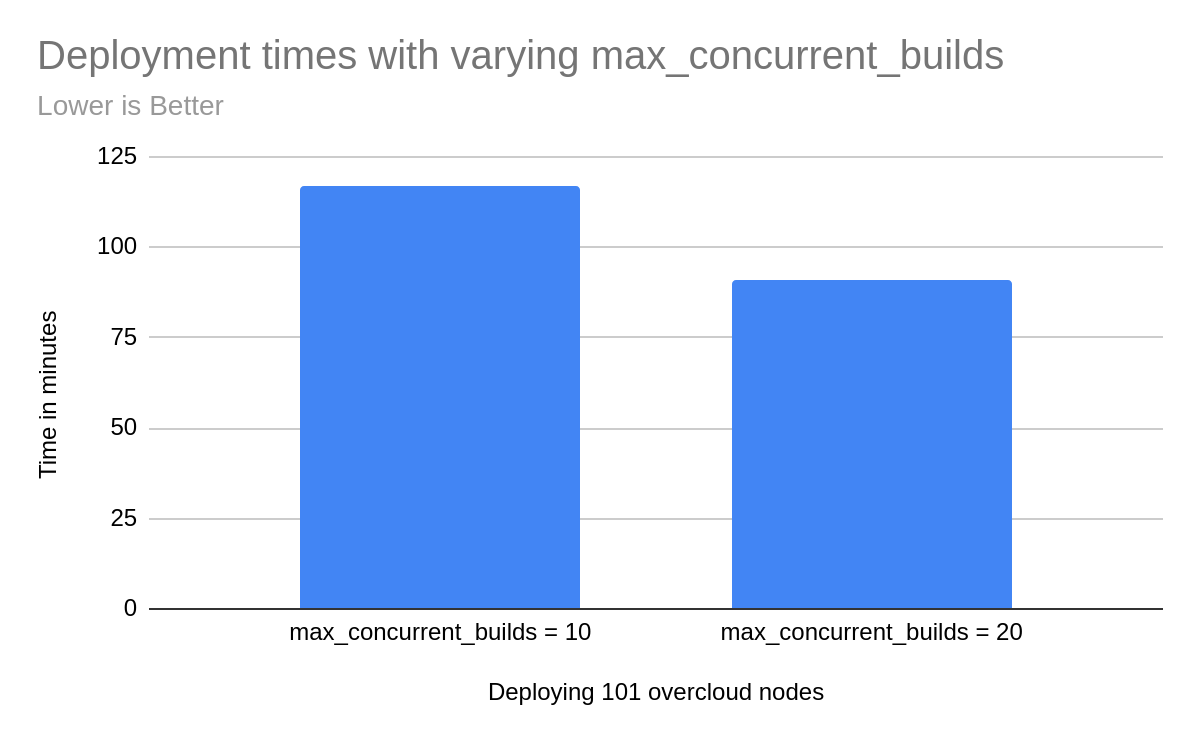