7 open source platforms to get started with serverless computing

Serverless computing is transforming traditional software development. These open source platforms will help you get started.

The term serverless has been coming up in more conversations recently. Let’s clarify the concept, and those related to it, such as serverless computing and serverless platform.

Serverless is often used interchangeably with the term FaaS (Functions-as-a-Service). But serverless doesn’t mean that there is no server. In fact, there are many servers—serverful—because a public cloud provider provides the servers that deploy, run, and manage your application.

Serverless computing is an emerging category that represents a shift in the way developers build and deliver software systems. Abstracting application infrastructure away from the code can greatly simplify the development process while introducing new cost and efficiency benefits. I believe serverless computing and FaaS will play an important role in helping to define the next era of enterprise IT, along with cloud-native services and the hybrid cloud.

Serverless platforms provide APIs that allow users to run code functions (also called actions) and return the results of each function. Serverless platforms also provide HTTPS endpoints to allow the developer to retrieve function results. These endpoints can be used as inputs for other functions, thereby providing a sequence (or chaining) of related functions.

7 open source platforms to get started with serverless computing

Kubernetes is the most popular platform to manage serverless workloads and microservice application containers, using a finely grained deployment model to process workloads more quickly and easily. With Knative Serving, you can build and deploy serverless applications and functions on Kubernetes and use Istio to scale and support advanced scenarios such as:

Knative focuses on the common tasks of building and running applications on cloud-native platforms for orchestrating source-to-container builds, binding services to event ecosystems, routing and managing traffic during deployment, and autoscaling workloads. Istio is an open platform to connect and secure microservices (effectively a service mesh control plane to the Envoy proxy) and has been designed to consider multiple personas interacting with the framework, including developers, operators, and platform providers.

For example, you can deploy a JavaScript serverless workload using Knative Serving on a local Minishift platform with the following code snippets:

1. Attach to the Docker daemon using the following the commands:

2. Build a serverless application container image using the following the commands with Jib:

3. Deploy a serverless service such as Minishift to your Kubernetes cluster:

The example above shows where and how to start developing the serverless application with a cloud-native platform such as Kubernetes, Knative Serving, and Istio.

This article was originally published on Opensource.com. CC BY-SA 4.0. 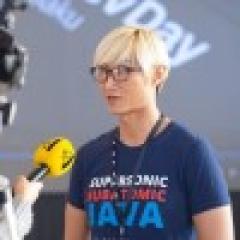