Looking for work or charting out where you need to be for your career? Here's a breakdown of where sysadmins are working and getting hired as their role evolves.

Anyone who tells you the system administrator role is a dying IT breed hasn’t checked out the job market lately. A national search for system administrator roles on Glassdoor, for example, recently produced 43,521 open positions across the U.S., such as a newly posted senior systems administrator job at O’Reilly Auto Parts, based in Springfield, Missouri. The same search returned 59,720 results on Indeed.com and 47,559 open jobs on Dice. So, the first takeaway is: While the sysadmin role may be changing in certain ways, it’s still a sought-after skillset in IT.

"Some may think the area of systems administration has become irrelevant with new emerging technologies, but the role has only shifted," says Jim Johnson, senior vice president at the recruiting firm Robert Half Technology.

That O’Reilly Auto Parts job highlights a couple of other things, too. As with many job titles, perhaps especially in IT, there’s variability. One company’s system administrator might be another’s systems administrator (with an "s"), and you can always add other terms—like "senior," in O’Reilly’s case—or particular technologies. You’ll commonly see titles like Linux System Administrator or Windows System Administrator, for example.

That role also reminds us that job markets are regional. While demand for sysadmins appears healthy overall, if you’re looking specifically in Springfield, Missouri, you’ll see only 61 "help wanted" signs on Glassdoor—and the senior system administrator job at O’Reilly is one of them. Compare that with 617 results in Austin, Texas, or 1,672 open sysadmin roles in New York City.

You didn’t need us to remind you that the job market in Boston is not the same as it is in Bozeman, Montana. But we might be able to help shed some light on metro areas where sysadmins are particularly in demand—useful info if you’re on the job market, and all the more so if you’re willing to relocate. And, yes, the role is evolving in some organizations, so only searching for "system administrator" (or close approximates) may mean you’re missing possible opportunities. (Hint: You might want to try "DevOps" as a keyword, too, but we’ll get back to that later.)

With that in mind, we’ve drawn up the top five job markets for sysadmins, seven different ways.

There were 366,250 people employed as network and computer systems administrators as of May 2018, according to the U.S. Bureau of Labor Statistics (BLS). You can read their full definition of the role, which would presumably include titles like Network Administrator, as well as some network security roles in that figure, here. Keep in mind that this document explicitly excludes information security analysts from that count, as well as help desk roles such as "computer user support specialists" and "computer network support specialists."

The top 5 states for sysadmin employment shouldn’t shock anyone, per se. They correspond with some of the most populous areas in the country:

Things look a little different when you consider that same BLS data by "location quotient." The BLS defines a location quotient as "the ratio of the area concentration of occupational employment to the national average concentration." This number is effectively a measure of how many people work as sysadmins in a given area as a percentage of overall employment, then weighed against other locations across the country.

As the BLS notes, when the location quotient is greater than one, that means that this job makes up a higher-than-average percentage of area employment:

Again, no huge surprises here, given the populations of these regions:

Next 5 top metro areas for sysadmins (by filled positions)

If the top 5 felt a little predictable, try on the next 5 for size:

Of course, if you’re actively looking for a job, the numbers of people who already have that job are only so valuable. These numbers do give an indication of which markets are more robust for various reasons, but ultimately you want to know where the open positions are.

Some general caveats are worth keeping in mind here: Job sites vary, as do the search results on a given day. The following numbers are based on a recent search for "system administrator" on Indeed.com. The city listed typically includes surrounding areas, such as northern Virginia, in the case of Washington, DC, though this varies on different job sites:

One pattern you might notice in these lists: The federal government is a bigger player in the IT job market than it probably gets credit for, especially when you take into account companies that contract with the government and its agencies. The San Francisco Bay area (1,396 open sysadmin jobs) and Atlanta (1,319 positions) get honorable mentions here.

Top 5 cities where network administration skills are in high demand

Robert Half regularly conducts IT hiring research across the U.S. In a recent survey of 2,800 hiring managers, the recruiting firm asked which particular skillsets were in urgent demand in their area. The results remind us that sysadmin and network administrator roles exist in just about every region and industry. The numbers below reflect the percentage of hiring managers that checked off "network administration" as an area in top demand in the first half of 2019. These are the top five:

On a side note, Robert Half’s hiring survey found that the following are the top three cities in terms of demand for Windows administration skills: Chicago (33%), Charlotte, North Carolina (25%), and Des Moines, Iowa (23%).

Top 5 cities where DevOps skills are in high demand

Johnson, the Robert Half exec, noted earlier that sysadmins aren’t going away; they’re just evolving. Many fundamentals of the job remain the same or similar, but the technology stacks sysadmins touch are indeed changing. Johnson points to DevOps and cloud as a chief example: "Sysadmin professionals who want to evolve their careers should consider gaining experience in cloud technologies and DevOps, as well as focus more on delivering services and improving processes," Johnson says.

On that note, let’s close with the five cities where the highest percentage of IT hiring managers reported DevOps in hot demand, according to Robert Half: 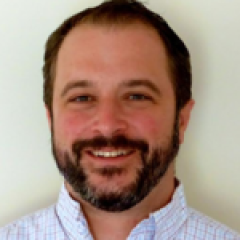