Wallace was impressed with Tureaud’s solution, but was concerned about the complexities of deployment. She asked Tureaud to test his vision on a new development project, code name “J.A.R.V.I.S”, for the DSE Smart Widget. The project allows the DSE Smart Widget’s speech capabilities to be customized to sound like the voices of superheroes. Wallace knew this project’s characteristics presented low security risk to the company, so it was a great opportunity for Tureaud to test these new security controls.

After responding to the prompts, Tureaud thought to himself, “Time for some coffee. I’ll go with a mocha this time.” He knew he could step away from the installer and let it take care of everything.

“No more wasted time running a SAST or SCA scan on code that hasn’t changed!” Tureaud thought to himself.

At Wallace’s next one-on-one meeting with Tureaud, she was impressed with the progress, but with a caveat: “Now, I want you to do this across all of our development projects, and ensure that every cluster has the same security controls.”

Tureaud replied calmly, "I’d be happy to. Have you heard of Red Hat Advanced Cluster Management for Kubernetes? It can help with our DevSecOps vision.”

Looking a bit puzzled, Wallace pressed Tureaud, “Well, yes, I know about Red Hat Advanced Cluster Management, but you’ll have to explain to me why it helps DevSecOps.” 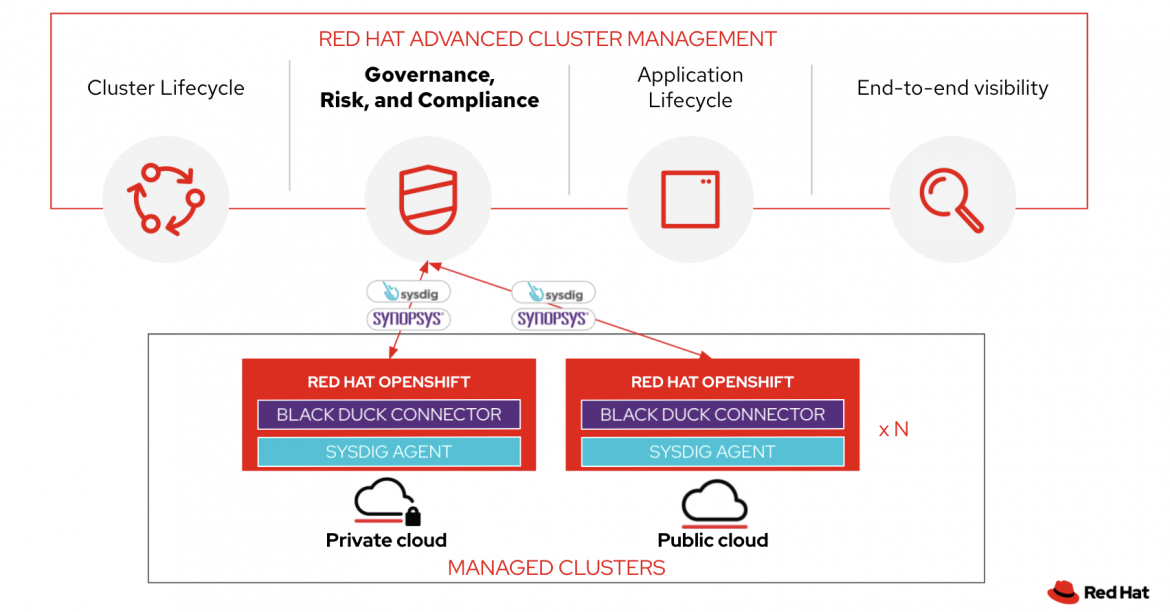 “I’m impressed with what I saw here today, Zachary. This is great stuff.  In our next one-on-one, I’d like to see the numbers on how your DevSecOps vision is improving our development metrics.”

“I’m on it, Monica!” said Tureaud, and the second he hung up, he sent a text to Chin and Ahuja: "My meeting with Monica went well. Time to start gathering the DevOps metrics that include the security controls. Let's chat soon." 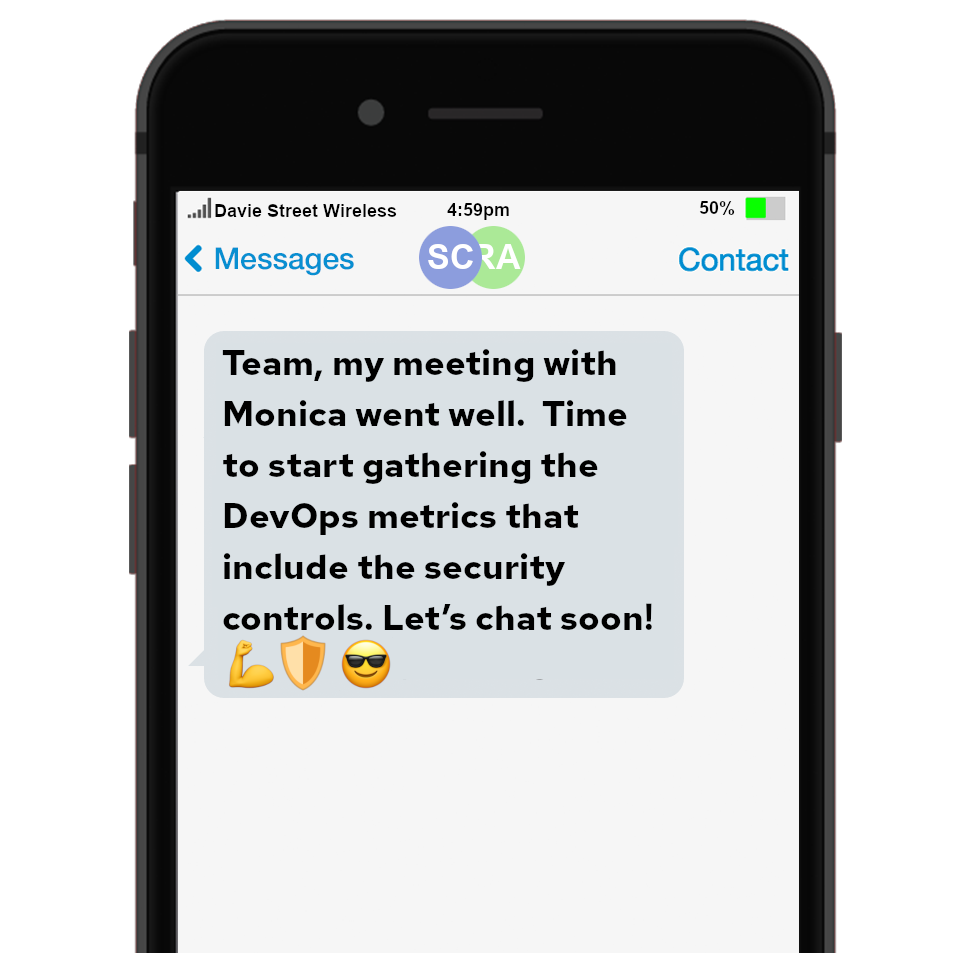