In today’s IT environments, organizations continue to manage an ever-growing quantity of systems. This requires organizations to depend more on automation to perform tasks. Deploying and managing an operating system like Red Hat Enterprise Linux (RHEL) can be time-consuming without automation, with administration and maintenance tasks taking significantly longer to complete.

What are RHEL system roles?

RHEL system roles are a collection of Ansible roles that not only help automate the management and configuration of RHEL systems, they also can help provide consistent and repeatable configuration, reduce technical burdens and streamline administration. In this post, we’ll show you how to get started with RHEL system roles.

You will find a wide variety of RHEL system roles. 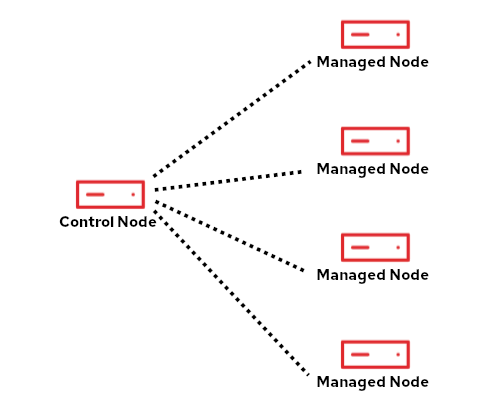 There are several options for what can be used as the control node for RHEL system roles: Ansible Automation Platform, Red Hat Satellite, or a RHEL host.

For people utilizing Red Hat Satellite, it is also possible to use Satellite as the control node. Please refer to this previous post in which I cover an overview of how to set this up.

For more information, please refer to the scope of support for the Ansible Core package included in RHEL .

In the example shown in this post, I’ll be using a RHEL 9 host as the control node.

In addition, the control node will need to be able to authenticate over SSH to each managed node and escalate privileges to the root account.

If you are utilizing Ansible Automation Controller as your control node, you probably already have this set up as this is a basic prerequisite to run a playbook on hosts.

If you are utilizing a RHEL control node, you will need to:

Ansible needs to be provided a list of managed nodes that it should run the RHEL system roles on. This is done via an Ansible inventory file.

If you are utilizing Ansible Automation Controller as your control node, there are a wide variety of options for inventory. For more information, refer to the documentation.

If you are utilizing a RHEL control node, you’ll need to define an inventory in a text file. 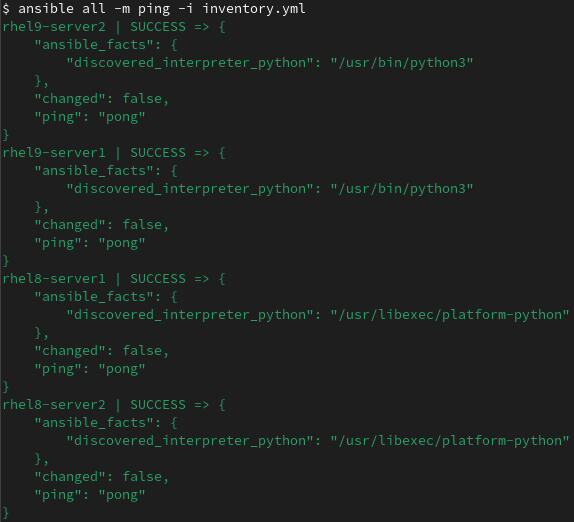 Ansible variables allow us to specify our desired configuration to the RHEL system roles. For example, if we are using the timesyncrole to set up time synchronization, we need the ability to tell the timesyncrole which NTP servers in our environment should be utilized by our managed nodes.

If you are using Satellite as your RHEL system roles control node, refer to this blog post for information and examples on how to define the role variables in Satellite.

The role variables can be specified directly in the playbook that calls the RHEL system role. For example, the playbook below defines the timesync_ntp_servers variable to specify 3 NTP servers and also specifies that they should utilize the iburst option.

We could run this playbook with the ansible-playbook command, specifying the playbook file name and our previously created inventory file:

Within the inventory directory, I’ll create a group_varsdirectory:

And within the group_varsdirectory, I’ll create both a prod.ymlfile and a dev.yml file to define the variables for hosts in the prod inventory group, and devinventory group, respectively. This will result in the servers within the devgroup being configured with one set of NTP servers, and the servers within theprodgroup being configured with a different set of NTP servers.

RHEL system roles were developed because automation is essential when it comes to managing complex environments. Automation can help you deliver consistency and keep up with increasing demands. Here are some next steps that you can take to start planning how to implement RHEL system roles in your environment.

RHEL system roles were developed because automation is essential when it comes to managing complex environments.