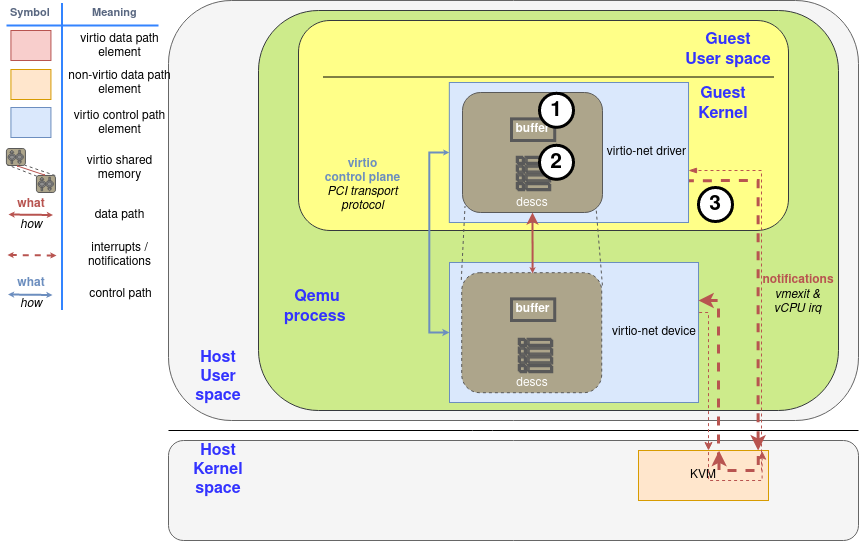 Returning used descriptors: How the device fills the “done” list

As with a used ring, the length of the written data is returned in the “length” entry (if any), and the id of the used descriptor. At last, the device will make the avail (A) and used (U) flag the same as the device’s internal wrap counter. 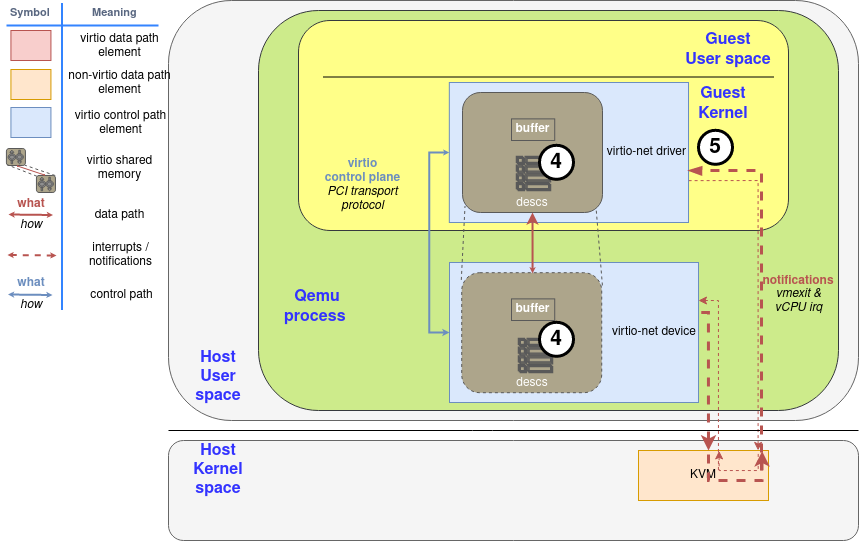 Note that, after the wrap, the driver needs to clear the available flag, and to make the used flag the opposite. When the device wraps looking for available buffers, it needs to start looking for this combination, obviously, so it will stop at index 1 of the table: it has the “available” combination of the previous round, not this one. At this moment, both buffers #0 and #1 are available for the device. And it could decide to use the #1 again! 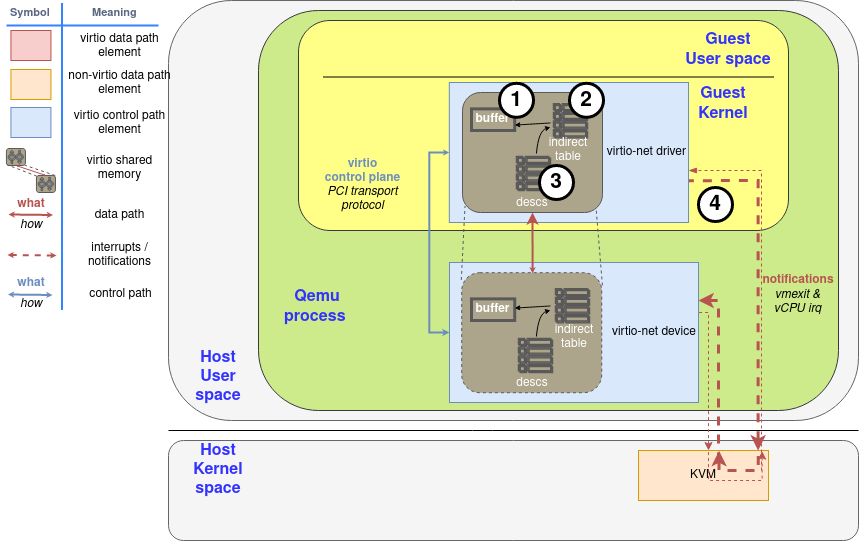